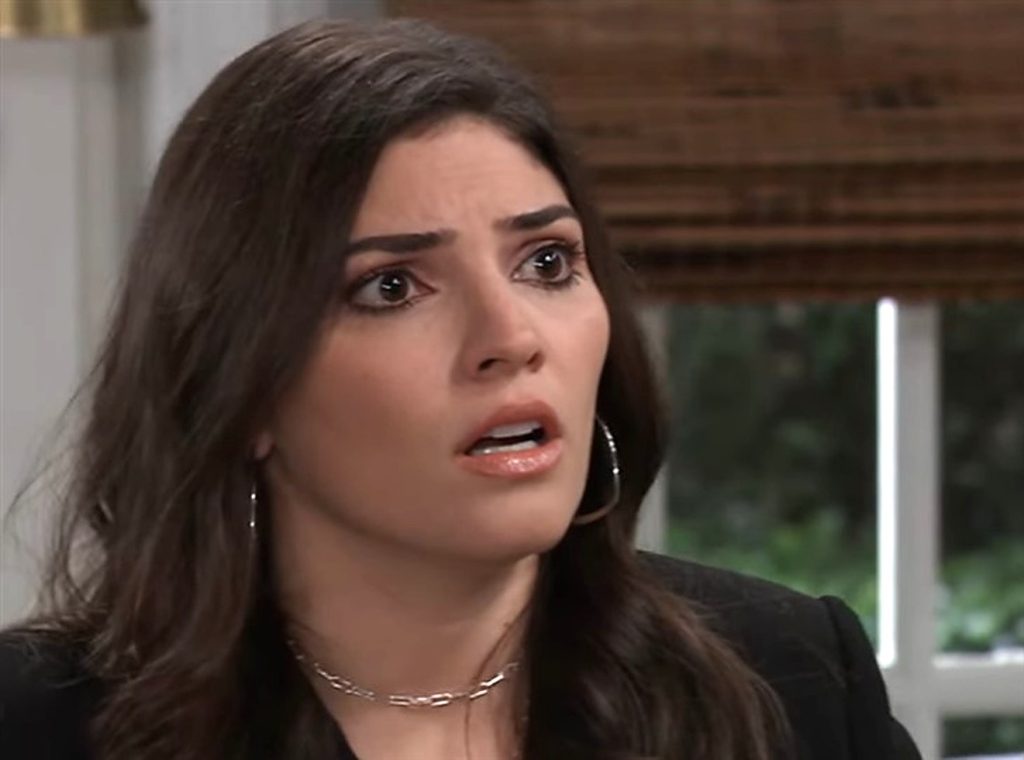 General Hospital spoilers for the month of November 2022 reveal that Nina will be suspicious about TJ and Willow’s bond. Over with Brooke, she will face problems with her plans to take down Linc Brown. In Port Charles, hook killer will make someone else their target. Who could it be? On the other end, Sasha will finally receive updates on her guardianship. Elsewhere, Trina will struggle with her feelings for Rory and Spencer. What will Trina finally decide? Keep reading to see what is brewing in Port Charles next month.

After Victor frames Anna, she has landed in prison. However, looks like Anna will be out of prison by next month. Chances are there that Scott, who took Anna’s case, will finally succeed in it. General Hospital spoilers tease that Anna, along with her friends, will plot to take down Victor. Robert, Mac, and Felicia all will help her out. Holly Sutton will also be present in the team. Fans know how much Holly hates Victor. So, she will jump on-board However, it will be interesting to see if Holly is there to help Anna or to create more chaos. Elsewhere, Laura will make an alliance in order to save her family.

Next, Carly and Drew’s relationship will get even stronger. Looks like Nina will catch Carly in a compromising position. So, Carly will now have to come clean to Nina about her relationship. Later, Nina will also think about TJ and Willow’s hug. Something might happen which will increase Nina’s suspicion of TJ and Willow’s bond. What could that be? We will know soon. Across the town, Sonny’s close friend will need his help. So, he will assign Dex with some important tasks. Dex will now have to focus on this work that Sonny gave him.

Over with Trina, she will be struggling with her feelings for Rory and Spencer. Even though she doesn’t admit it, Trina does like Spencer and not Rory. So, she will continue to mull over her complicated love life. As for Spencer, he won’t be alone in Pentonville since Cyrus will keep a watch on him. all that Cyrus wants is to impress Laura. And for that, he will make use of Spencer’s current state.

Further on General Hospital, Nikolas will keep Esme locked up in Wyndemere. Now, Nikolas not just has to look for Victor’s threat but also worry for Esme and the baby. Above all, Nikolas also has to sort things out with Esme and get back to her. As for Ava, she has to make a decision if she wants to be with Nikolas or not. Now that Ava knows about Esme’s pregnancy, she will certainly think about the future, which also has Esme in it. Will Ava be willing to surrender to Nikolas’s feelings for her? We will know that.

Over with Sam, she will continue to look for information on Cody since Spinelli wants her to do it. Speaking of Cody looks like the DNA test will finally reveal if Mac is his father or not. But for that, viewers have to wait until November 2022. Other General Hospital spoilers say that Sam will get some shocking updates about Dante while searching for Cody. Back with Cody, he will start having genuine feelings for Britt. So, we will have to see if this will hinder his destruction plan. On the other end of the town, Maxie and Austin’s relationship will also bloom until Mason comes to ruin the peace.

Speaking of destruction, Michael has been trying to take down Sonny badly. Amid that tension, will he realize that he has actually forgotten to focus on Willow? Looks like Michael will forever be invested in taking revenge on Sonny. Over with Brook Lynn, she will face some difficult situations in her mission to takedown Linc Brown. Looks like Brook’s plan to ruin Linc’s life will clash with Harrison’s long-term plans for his career.

Elizabeth’s Haunting Past; Sasha Gets A Guardian

Fans know that Liz and Terry went to Mariana Island to visit the same house where the staircase incident happened. Over there, Liz will come face-to-face with her parents, which will shake her up completely. Jeff is someone who Liz never wants to meet. She even stopped Finn from contacting him. However,

General Hospital spoilers tease that Liz will face much more shocker when she comes back to Port Charles. One that shakes her and Finn’s life completely. Are there any chances that Finn has something to do with Liz meeting her parents? Chances are there since Finn already has tried to take help from them. If that’s the case, then Liz will hate Finn forever.

Over with Sasha, she will finally get updates about her guardianship. The jury will decide not to put her in any rehab or even prison. So, they will assign her a new guardian, a familiar face! Who could that be? After Brando died, she is more close to Gladys. Could that be her? Chances are t here.

Finally, Josslyn and Cameron will also come closer. Joss will tell him that she cannot live without him, so Cameron will also explain to her how important she is in his life. General Hospital spoilers tease that Dex will remain a problem between Joss and Cameron. Alley Mill will also debut in GH next month. So, stay tuned as GH episodes are to get more twisted in the coming days. General Hospital airs on ABC. for more updates and spoilers, visit our website, TV Season & Spoilers.