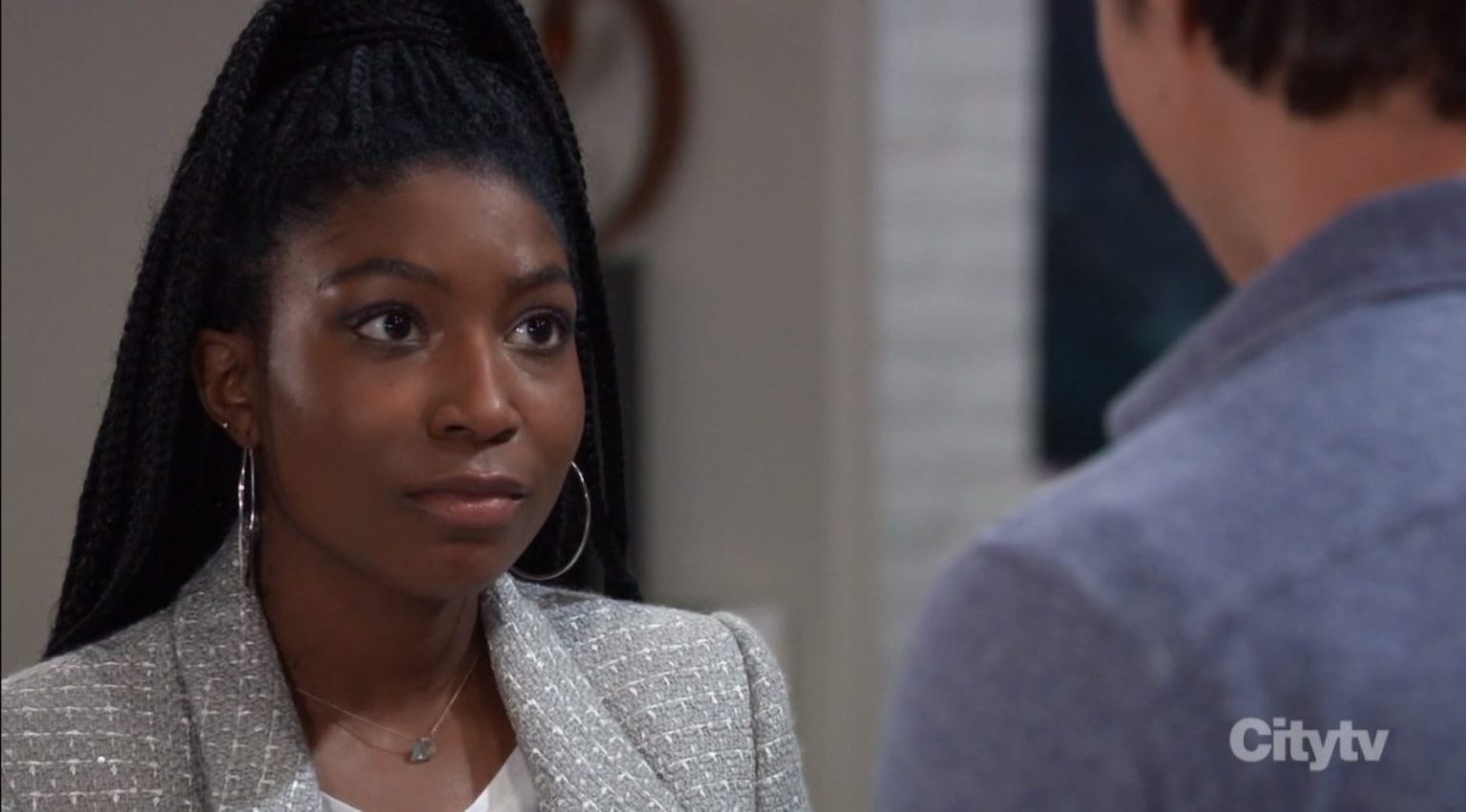 General Hospital spoilers suggest that an explosive truth will be out in Port Charles soon. It looks like Trina’s paternity mystery will finally be solved, and it will create a lot of shakeups in the town. Jordan will recall the truth about this, and Portia will not know how to react. What would she do? Here is all about it.

The latest General Hospital spoilers suggest that Jordan will soon remember everything, and the secret Portia had been keeping to her heart will come out in the open. GH viewers keeping up with the soap would know that General Hospital keeps playing the Trina paternity storyline every now and then. However, we haven’t even gotten to the end of it. But, it looks like we will finally get the answers.

Long time viewers would recall, there was this one stint where Portia and Jordan got stuck in the basement with a carbon monoxide leak. Portia felt that she would die in the basement and was afraid that Trina’s real father would never know that they were connected. She said some things but what she did not notice was that Jordan was still going in and out of consciousness.

the truth? How will Portia React?

Portia Wants The Secret To Be Secret, Jordan Pushes For The Truth

Further, General Hospital spoilers suggest that Portia does not want the truth to come out. She feels that if any of this sees the light of day, it will uproot Trina’s life. Not only will it affect her relationship with Taggert, but Curtis will find it very hard to believe. So, Portia will want to keep this hidden. However, Jordan might not be comfortable doing so. In fact, she will recall how secrets blew her marriage with Curtis off. So, she will want Portia to be extremely clear about everything.

In fact, some spoilers speculate that since Curtis is Trina’s bio-dad, Jordan might give Portia an ultimatum. She will want Portia to tell Curtis the truth, or she will. Would Portia do that, though? We will have to wait to know. Things are about to get very interesting at General Hospital. So, make sure you tune in and enjoy. The soap airs on ABC all weekdays. Don’t miss the action.