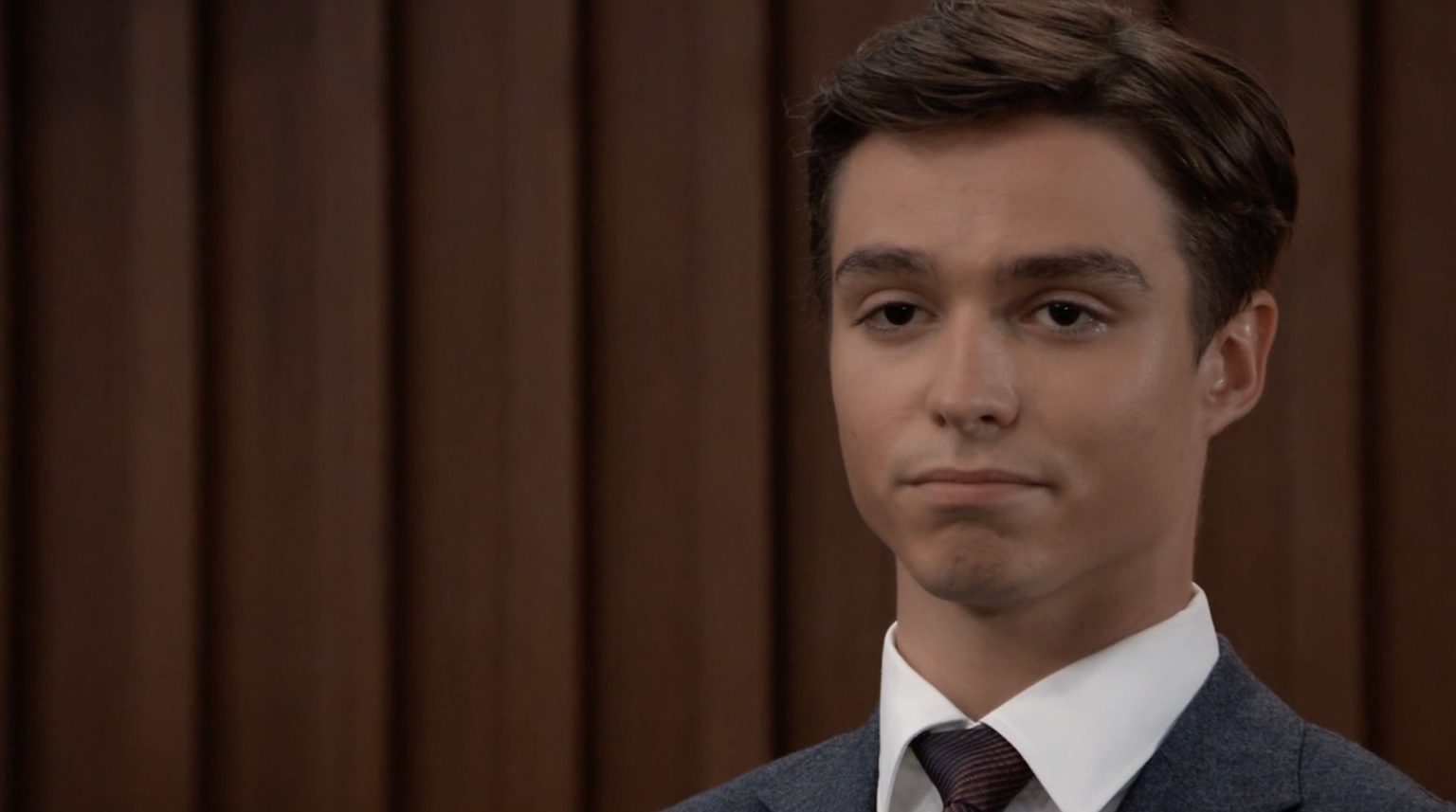 General Hospital spoilers for the next two weeks (August 1-12, 2022) are out, and it reveals that the upcoming episodes will see a lot of drama (as usual). However, everything will amp up this time because things are going to get physical. General Hospital spoilers suggest that Trina will take the stand while her friends and family continue trying to save her. Willow will get to hear something she wasn’t expecting, and that will leave her shocked.

In the week after, Kristina will return, and Sasha will land in major trouble. Jordan will also get hopeful, but things won’t be all good because Trina might be declared guilty. Dante will make a shocking arrest that week. Who is it? Here is all about it.

General Hospital Spoilers For The Week of August 1-5, 2022: Trina Takes The Stand, Ava Makes A Threat

Starting the week of August 1-5, 2022, Trina will become the teller of her own story when she takes the stand. She will tell the court her side of the story and hope that bags her some positive reactions. While Trina makes her last attempt, Ava will be threatening Esme. She hopes that Esme will tell the truth in court, and that would clear Trina’s name. However, things might not go as planned.

General Hospital spoilers for the upcoming week reveal that Ava and Esme’s confrontation will get too heated and out of hand. Nikolas will get a call from Wyndemere, and he will rush back home. However, GH spoilers say that he will be too late because, by the time he reaches there, Ava will have hurled Esme off the parapet. This will lead to Esme’s presumed death on the soap opera.

Liz Gets A Flashback, Willow Is Worried

Over at the General Hospital, Elizabeth will try to enjoy her first day at work, but she will be reminded of a weird memory. Finn will say something to her, and that will trigger a memory. This will probably have something to do with the trauma that she has blocked out.

In the Hospital, Willow will get her test results. She will meet with Britt and Terry to discuss what’s next. General Hospital spoilers say that there is a possibility that leukemia might be what Willow is dealing with. However, she will not want to tell Michael about it. This will leave everyone at the hospital shocked. She will make a point that she doesn’t want to tell Michael anything until she is too sure.

General Hospital spoilers for the week of August 1-5, 2022, suggest that Jordan Ashford will bring some into the police custody. GH viewers know that Jordan and Curtis are hoping that Oz Haggerty might wake up soon and will be able to tell them about Esme’s guilt.

Elsewhere, Sasha Gilmore will seem on edge, and she will cross paths with Nina. This will be about her doing the drugs again. There will be police intervention at the hospital in the upcoming days, and there might also involve a Sasha crisis

. More related spoilers suggest that Maxie, Lucy, and Brook will also have a big conversation later on in the week. So, this might have something to do with Sasha.

General Hospital Spoilers For The Week of August 8-12, 2022: Dante Makes An Arrest

General Hospital spoilers the week after also reveal that Kristina will come back to Port Charles and she will share the canvas with Sonny. At Charlie’s, Sonny will congratulate his daughter on something. Speaking of Sonny, his girlfriend- Nina, will hire a celebrity chef to join the Metro Court Staff. GH spoilers say that Jamika Pessoa will come into the soap opera and charm everyone.

More spoilers suggest that Spinelli will speak to Britt, and he will discourage her from going on another date with Cody. More Cody-related spoilers suggest that Cody will run into someone familiar and will be shocked. It looks like Cody has found a connection outside of the canvas. So, GH viewers will get to know about it soon.

Elsewhere, Anna Devane will want to figure out what Valentin is hiding, and she will be onto it. Anna will vow to uncover the truth, and she will ask Felicia, Anna, and Martin for help. General Hospital spoilers for the week of August 8-12, 2022, suggest that Spencer will put his freedom in danger after he takes the stand for Trina. Nikolas and Victor will then take Alexis’ help in this situation. They will want her to publish a story that makes the people sympathize with Spencer.

Trina will be nervous about the decision too. Further related spoilers say that Rory will have to do a tough task in the upcoming days. So, this could mean that Trina will be declared guilty. In the meantime, Portia and Curtis Ashford will make a choice, and that will help Trina, but they will have to work fast for that.

Further, General Hospital viewers will get to see Dante as he makes an unexpected arrest. It looks like this will have some to do with Dex, and the job Sonny has given him. Regardless, General Hospital spoilers suggest that a shocking arrest will happen in Port Charles soon, and it will shake everyone up. We will have to wait to see what happens there. General Hospital airs on ABC all weekdays. Don’t miss it.