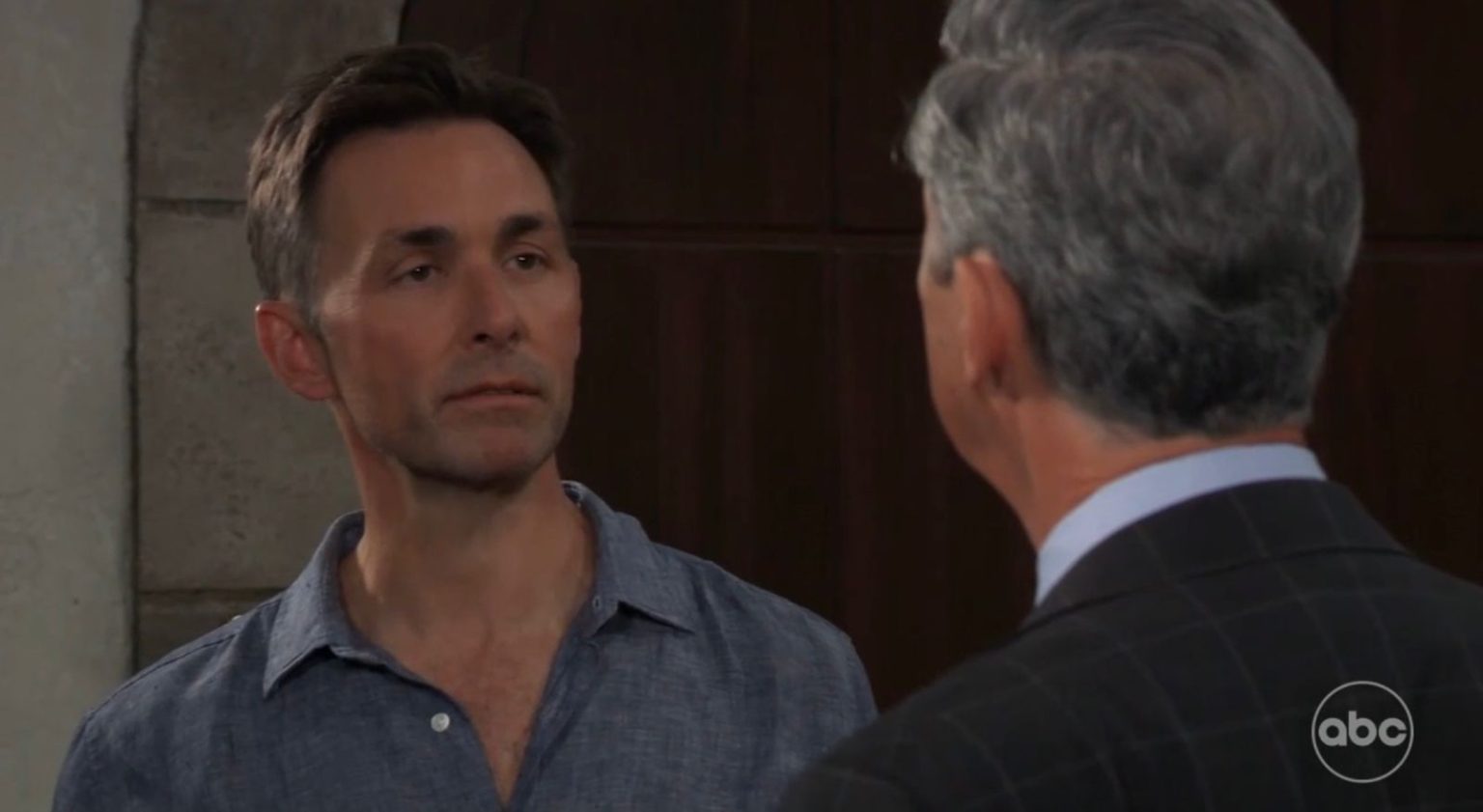 General Hospital Spoilers: Valentin Is In ICU, Will He Survive?

General Hospital spoilers suggest that Valentin Cassadine might face a major health crisis in the upcoming days. It will be so serious that he will end up in ICU. While we don’t yet know what this could be about, speculations have it; this might have something to do with Valentin and his struggle to get out of the hostage situation with Victor. Will Valentin be okay? How will this whole thing pan out? Keep reading to know

General Hospital spoilers suggest that Valentin will face a health crisis in the upcoming days. A previously leaked GH script had confirmed that Valentin would need exploratory surgery in the upcoming days. Unfortunately, this surgery will be so delicate that the U.S. Consulate’s medical facility will find it hard to provide. So, Anna Devane will take Valentin to the states to get this procedure done.

It is likely that something will happen while Valentin is being held captive in Greece. GH viewers know Victor is holding Valentin Cassadine hostage in Greece. He wants them to come in an alliance and take Peter down for good. However, before they could do that, Anna might come in to help Valentin, and Victor will give some sinister orders. So, would Valentin get hurt while he and Anna escape the captivity? There is a possibility.

As Celebdirtylaundry.com speculates, when Anna takes Valentin for the treatment, the doctor might examine him and realize that there is something more concerning about Valentin’s heath. They might then order surgery somewhere else.

Regardless of where Valentin gets this surgery done, General Hospital spoilers suggest that Valentin will become a patient at GH. The spoilers also claim that his health will continue to decline, and he might end up in ICU.

General Hospital spoilers for the week of October 25-29 reveal, Elizabeth will watch Valentin while he is in the ICU. It is possible that she would be a part of the medical team that is taking care of Valentin. So, she will step up and take care of everything.

General Hospital spoilers also suggest that Valentin’s declining health will be heartbreaking for poor Charlotte. She has already lost Lulu. And losing Valentin would break the poor little girl. Of course, Nina will be there to support her, but viewers can expect that some emotional and intense moments are coming up in the soap opera.

Not only Charlotte, but Anna will also be heartbroken too. In fact, some spoilers suggest that when Valentin is hanging between life and death, Anna will realize her true feelings for the man and will want to become a real couple with him down the road.

Some major drama is coming up when it comes to Valentin in the upcoming days. So, be sure to tune in and catch up. Tvseasonspoilers.com will keep you updated with all the news about the soap as it surfaces. Stay tuned.