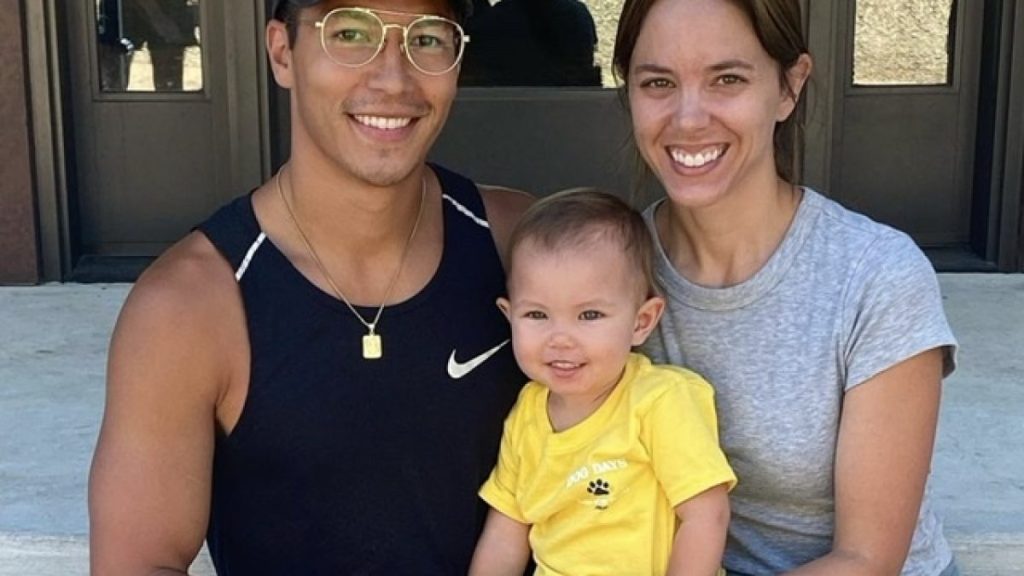 General Hospital is running on high voltage drama these days. With every new episode a tad bit more explosive than the previous, the air is heavy with stress and fear in Port Charles! Thankfully though, for Rory’s real life alter ego, actor Michael Blake Kruse, life is getting as beautiful as it could! Keep reading to find out what big news the star has to share!

Earlier, in September 2022, TV Season and Spoilers reported the happy news of General Hospital star Michael and his Wife Cara’s pregnancy announcement! The couple had taken to their official Instagram accounts to make a collaborated announcement post. The couple, along with their daughter, Harrow posed for photographs in colour co-ordinated outfits and looked just adorable! We had hoped the couple would post an equally cute post for the gender announcement of their baby number two! And, they have indulged us and how!

“We’re about to even up the score,” Cara posted on Instagram with a photo of their tiny-tot Harlow wearing a blue sports jersey. “Harlow is excited that she’s getting a baby brother.” She concluded the announcement with a blue heart emoji. Expectedly, General Hospital fans and followers soon flooded their adorable gender reveal post with congratulatory messages!

While Rory on General Hospital might be one on the list of suspects to be the hook killer or at least the accomplice, Michael has no such things to worry about! The talented actor is having the time of his life with his beautiful family, and his all set to welcome the newest member soon! We wish him and his family all the love, luck, and happiness in the world! Please join us in the comments to wish our beloved star! Also, do not miss the upcoming episodes of General Hospital to find out who the devious Hook Killer actually is!