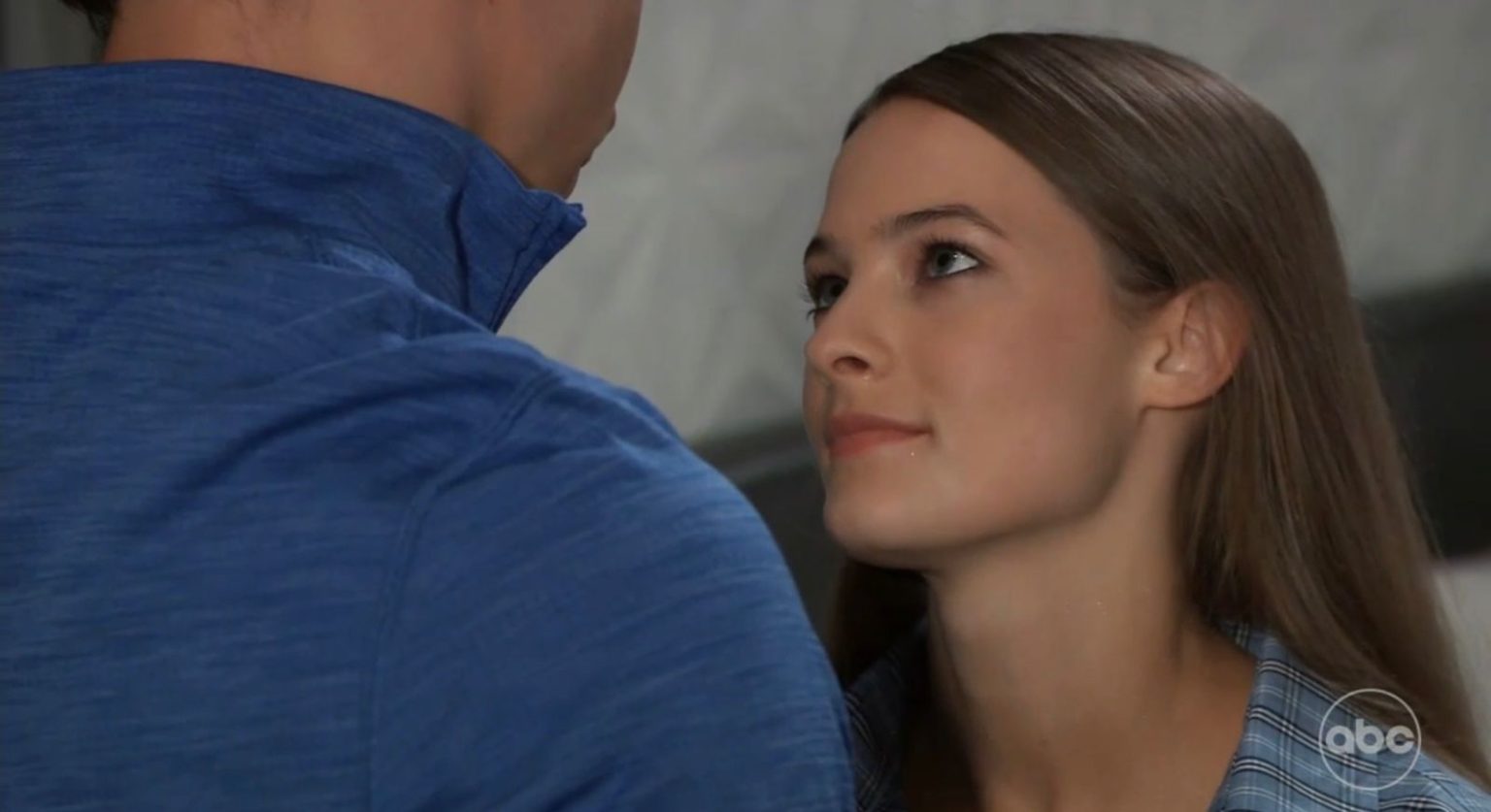 The latest General Hospital two weekly spoilers are out, and it reveals that this upcoming week will take the drama up a notch. The week of October 25 will see Nina’s arrest as it sends ripples in Port Charles, and Sonny-Carly’s relationship will be affected big time. Spencer will be out of prison, but he will find himself struggling. Portia will also have a troubling encounter.

In the week of November 1-5, Britt and Jason will work to find Liesl, who will now be shifted to some sort of laboratory. Carly will be cornered. Will she be okay? Then Gladys will come to know some fresh information, and she will cause some trouble using that. There will be a lot going on with the teens of Port Charles. So, there is a lot that will play out. Keep reading to know all about it.

General Hospital Spoilers For The Week of October 25: Nina Gets Arrested, Carly and Sonny’s Disagreement

Rolling into the week of October 25, 2021, the Nina drama will continue. Her arrest will be the talk of the town, and it will get mixed reactions. GH spoilers suggest that Sonny will object and will be worried about this. However, Carly will feel that this is the right thing. After all, Nina’s lies have already caused a lot of people a lot of pain. So, she will think that whatever is happening is the right thing.

While Sonny and Carly disagree and try to sort this out, Scott will take the role of Nina’s lawyer. However, Ava will think that Nina can easily use her romantic history with “Mike” to get out of this pickle. However, Nina might not be sure she wants to use it or not. Ava will definitely urge Nina to do that, though. So, we will have to wait to see what she does.

On the other end of the town, Portia will run into “Marshall.” This is the same person who was stalking Portia and Curtis. So, Portia will be really curious to know who he is. However, this run-in will be very unsettling. General Hospital has established a lot of secrecy around this whole thing. So, after Portia comes across this person, she will go to Curtis to fill him in with everything.

They will talk about this mysterious man. But who is he? Celebdirtylaundry.com speculates that this person, “Marshall,” could be Curtis’s father. Curtis was really young when he believed that his father was dead. However, “Marshall” could be the father, and if that is true, things are about to shake up.

General Hospital Spoilers For The Week Of October 25, 2021: More Spoilers

More General Hospital spoilers suggest that Spencer might have bagged his freedom; he will have to work to pay his own bills. So, in the upcoming week of October 25, 2021, Spencer will take up the job at Kellly’s. It will be interesting because Cameron will become Spencer’s supervisor there. So, it will be a humbling experience for him.

In the meantime, Sonny will get a shocking phone call which will leave him unsettled. Carly will be furious with how Nina always plays Victim everywhere. More General Hospital spoilers suggest that Valentin will make it to Port Charles, where he will undergo surgery. He will land in ICU at GH. Liz will be there to take care of him, but Anna will start getting emotional.

General Hospital Spoilers For The Week Of November 1-5: Will Britt And Jason Find Liesl?

As we move into the week of November 1-5, General Hospital spoilers suggest that Liesl Obrecht will wake up in a laboratory in the upcoming days. She will try to find her way out. But, we will have to wait to see if that happens or not.

While Liesl tries to escape, Britt and Jason will continue to find her. GH spoilers suggest that Britt will face a setback. But she will try to recover quickly from that. More spoilers reveal that Peter will land in some shocking situation too. So, we will have to wait to see if Jason and Britt will be able to get the upper hand or not.

As for what happens in Port Charles, viewers will get to see Carly and Olivia, who will finally sigh in relief. Both these women have been dealing with a lot lately. So, they will catch up at Savoy and hope to have a good time. However, their night won’t be as good as they had hoped.

General Hospital spoilers for the week of November 1-5 suggest that Joey Novak will make his way back, and he might corner Carly. Now that Vincent Novak is out of the canvas, Joey might take it upon himself to threaten the Corinthos family. Spoilers suggest that Sonny might not think of Joey as a threat at first. But, things will change when Joey makes some moves.

General Hospital Spoilers For The Week of November 1: Gladys Makes A Discovery

So, she might be on her way to telling Valentin this truth. However, Brook will rush just in time and stop Gladys from doing whatever she is planning to. Will Brook be able to dodge this bullet? We will have to wait to see.

General Hospital viewers will get to see a lot happening with the teens of Port Charles in the upcoming days. Spoilers suggest that Esme will start the internship at Spring Ridge, and she will work closely with Ryan Chamberlain there. But, this isn’t all that she will do. She will target Josslyn Jacks’ insecurities and cause some trouble between Josslyn and Cameron.

More-related spoilers suggest that Trina will come across as someone surprising. It looks like this someone could be “Marshall,” the mysterious person who had been stalking Portia and Curtis. What would he want from Trina? We will have to wait to know.

Speaking of “Marshall,” General Hospital spoilers confirm that Portia will speak to Liz about this man and express her concerns over him. Dante will also have some information for Curtis. So either this will be about Joey Novak’s return, or it will be about “Marshall.”

It looks like General Hospital is building for this Curtis and “Marshall” inevitable reunion. We will have to wait to see what happens there. Tvseasonspoilers.com will keep passing on all the updates. So, keep an eye here. General Hospital airs on ABC all weekdays. Be sure to tune in and enjoy.