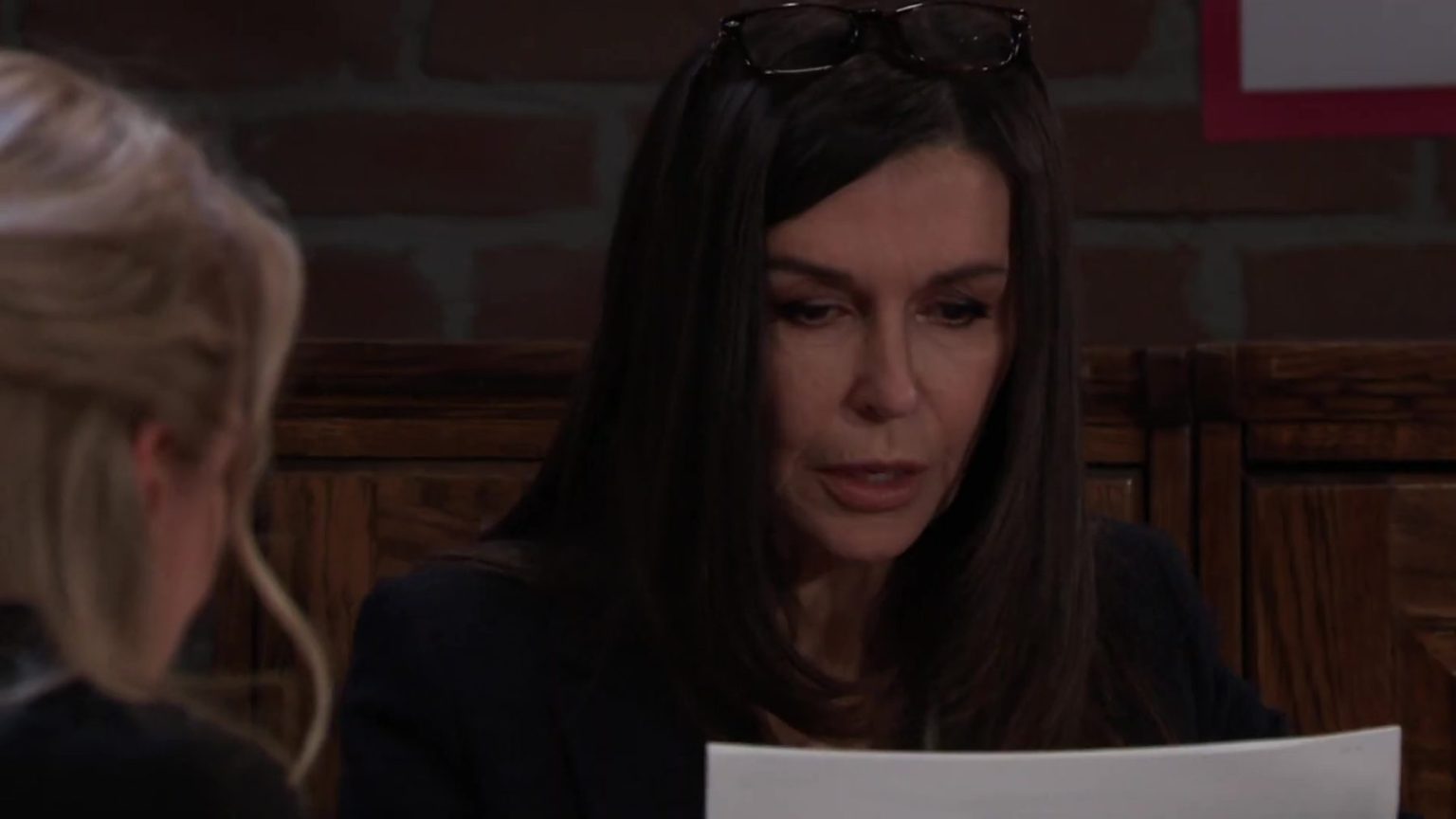 General Hospital update for Monday, April 18, 2022, suggests that Anna will be busy finding the clues since she doesn’t think Jennifer is guilty. So, she will try her best to solve that mystery. On the other end, Harmony will deal with her anxiety after killing Brendon. But, she won’t let her anxiety get the best of her because she will try to bond with her daughter Willow.

More spoilers suggest that Jordan seeks Curtis’ help while he seems busy wondering about his father’s past. He will also wait for Selina’s answers. Meanwhile, Britt will deal with many things together. She will find herself in trouble. Next, Liz will have a heated conversation with Portia. However, Finn will take a stand for Liz. Keep reading to know more.

General Hospital update for Monday, April 18, 2022, suggests that Anna thinks Jennifer isn’t guilty of murdering Luke Spencer and stealing Ice Princess. Felicia will be on the same page after learning what had happened in French Polynesia. So, they will work to find out the real culprit. However, Robert thinks that this is an open-shut case, and they should let this go.

Speaking of who plotted things against Jennifer, Laura will think Cassadine is behind this. Laura will think Anna is right that Victor has set Jennifer up. No doubt, fans know that the command of this case is in someone else’s hand. Of course, Valentin cheated on Jennifer as a part of his plan, so more secrets will be revealed sooner or later.

Valentin is on his way to Port Charles and will visit Alexis’ office once he returns. Alexis will be surprised to see this unexpected visitor. She will give some weird yet comfortable reactions to Valentin. Alexis will discuss someone with a confidant, and Valentin may receive some updates on Harmony.

As for Harmony, she will deal with anxiety after Brendon’s cliff fall. However, from what Harmony could see from the cliff, she isn’t sure that he is dead. So, she will deal with a mystery. Since Harmony is startled, she decides to leave Port Charles. However, she will say something which will leave Willow suspicious and concerned.

Willow will conclude that Harmony might be going somewhere. So she’ll question her mom and wish her mom to stay on her side. Hence, Harmony will decide to bond with her daughter, for whom she’s been fighting. But General Hospital fans know Harmony isn’t Willow’s biological mother. That is a secret that will come out sooner than later.

Jordan Catches Up With Curtis

On the other end of Port Charles, Jordan will meet Curtis. Curtis has a lot to think about, especially when it comes to his father’s past. Jordan will discuss the case with Curtis, and he’ll find out she is particularly chasing someone. General Hospital update for Monday, April 18, 2022, suggests that Jordan will recruit Curtis to dig deeper into Esme’s life since they both are supporting Trina.

Meanwhile, Curtis will wait for Selina as she’s the only hope to get details about Marshall. Selina will show up to fill in Curtis about the details she has received. She might have some details to share, but she’ll count on Curtis to stick to his promise about the poker nights at The Savoy.

Over with Britt, she’ll contemplate Selina’s demands and wonder what she should do now. Will Britt push Brad to join Selina’s business in order to protect her criminal secrets and avoid imprisonment? If Britt does that, it would mean betraying Brad, so Britt will mull over her next move. Brad will suspect something is weird and fear Britt will share bad news. He might think that he wasn’t selected for the position at General Hospital.

Meanwhile, Brad will help Britt in planning her potential date. He will go through her Society Setup matches and reveal which one he likes the most. Britt’s date night

is on the horizon. But typically, first date night come with complication in the town. So, new twists will unfold here.

Rounding off the GH spoilers, Elizabeth will argue with Portia, which is quite strange since they both share a nice bond. Liz has been suffering from insomnia and admits that she’s taking sleeping pills, which might affect her work. Portia might accuse Liz of something which she doesn’t remember doing.

Liz will also talk to Hamilton Finn regarding something she couldn’t recall. Well, all the clues point that Liz is the stalker, and she is unaware of that. But, Finn and Liz will join hands to find the answers. Would they be able to find the answers? We will know soon. TV Season & Spoilers will keep you updated. So, Stay tuned. General Hospital airs all weekdays only on ABC.