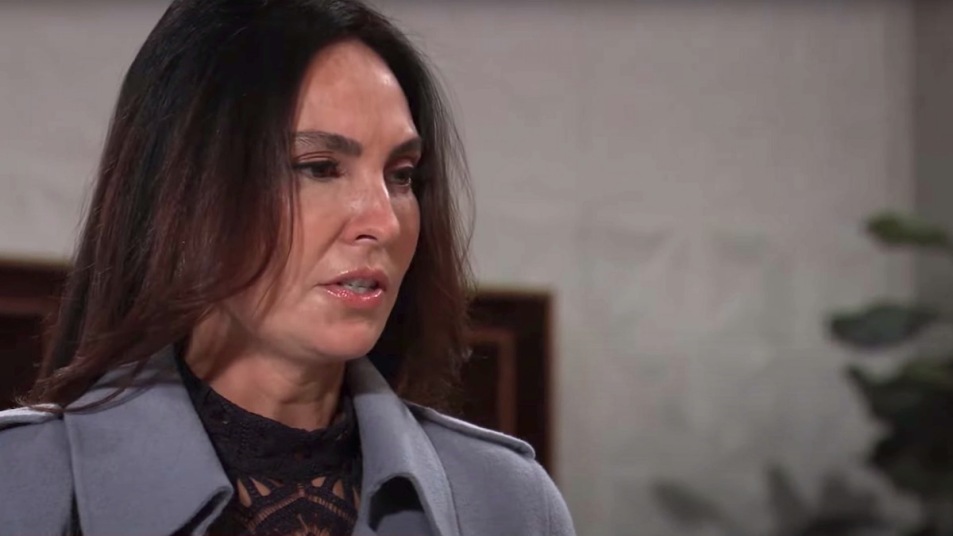 General Hospital spoilers for the week of April 1-4, 2022, are out. It reveals that upcoming episodes of the ABC soap will be full of drama and action. We are in for an exciting week where some characters will be indulged in planning and strategizing.

Spoilers suggest that Liz will make a discovery. Then, Nikolas will be worried about Esme’s well-being which might disturb Ava. Viewers will also see Selina Wu planning something for Brad.

Next, Deception’s IPO launch party will also bring up a lot of drama for the newly married couple- Sasha and Brando. In addition, Victor will engage in some shady work while Harmony talks to Carly about something. It looks like we have so much to know. So, let’s dive right into all the storylines.

Starting off the week of April 1-4, 2022, Liz will make discovery after she meets with Laura Collins. We know all of this about Elizabeth’s stalker situation and the return. Viewers will see Jake and Aiden as they try to work together and figure out who might be the creepy stalker. The spoilers also reveal that Aiden and Jake might come up with a few new names and theories behind these Franco Baldwin hauntings.

Furthermore, Ava Jerome will be furious over Nikolas’ decision. It looks like Nikolas will change his mind about Esme living in the room above Kelly’s. Nikolas might get to know the grilling session that Sonny Corinthos put Esme in. So, Nik might think of the teenager’s protection. Moreover, Nikolas will want Esme to be back at Wyndemere after all of this, but Ava will not like it.

Speaking of Esme, she and Spencer will also make a discovery. Esme might manipulate Spencer and tell him that the pregnancy test is positive. More Esme-related spoilers suggest that Laura Collins will talk to her about the leaked videotape scandal to get some answers.

Next on GH, Brad Cooper will sit with Terry Randolph for an interview. Along with that, Selina Wu will also try to get another job for Brad. Regular viewers know that Selina doesn’t want to give up on the idea of poker nights at The Savoy. So, she might make an offer to Curtis. The spoilers tease that Selina might help Curtis in getting more information on Marshall Ashford.

More Curtis-related spoilers suggest that there will be a celebration at Curtis and Portia’s new place. The couple will host a housewarming party for their close ones. While Curtis and Portia might celebrate, Curtis will also be worried about Trina making a connection with Marshall. We know that Curtis doesn’t trust Marshall at all.

Deception will host its IPO launch party at The Savoy. But it won’t be long until things start going the other way. GH viewers know that Sasha is on drugs, so she might do something which might hint to Brando that she is still using drugs. This might lead to a lot of drama between the couple and at the party.

Speaking of drama, Gregory Chase will also join the dinner with Harrison and Hamilton Finn. This dinner also will brew up a lot of tension. More spoilers suggest that Nina Reeves will also tell Sonny something about what she witnessed.

Later in the week, Victor will send a cryptic text where he might be urging something to get some work done. This might be in relation to framing someone for Luke Spencer’s murder. Y&R spoilers also reveal that Sam McCall and Dante Falconeri will also find some information related to Victor. Viewers will also see Anna and Felicia starting another undercover mission in the upcoming week.

More spoilers suggest that some new people will meet up in a tropical setting. There are few details about it yet, but it will be interesting to see some mystery unraveling soon.

General Hospital: Harmony Is In A Dangerous Situation

Rounding off the week, Harmony will ask for Carly’s help in her office. This might be in connection to Nina before Harmony lands in a more dangerous situation. The spoilers tease that Harmony will have no choice but to meet someone at the pier.

We might see Harmony’s new boss that viewers don’t know about yet. So, we have to wait and watch who might Harmony be reporting to now? With Cyrus Renault in prison, it might be Victor or Selina Wu.

What will happen when Harmony and Carly meet? We will know soon. Until then, Stay tuned. TV Season & Spoilers are your one-stop for all the soap opera news. General Hospital airs on ABC all weekdays. Keep an eye on the space.