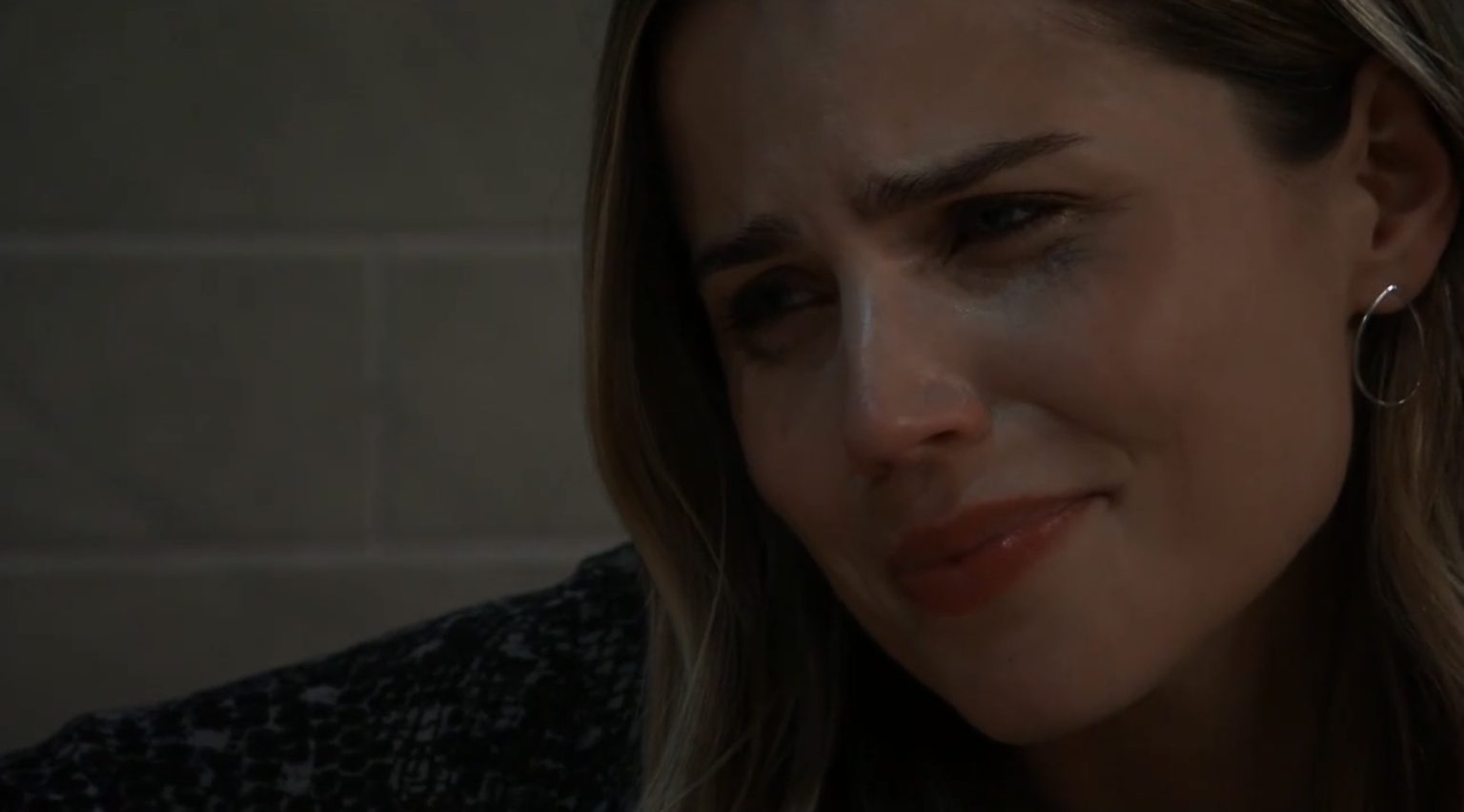 General Hospital: What Is Going To Happen To Sasha Next? Fate REVEALED!

General Hospital spoilers tease that Sasha’s life will spiral down to the lowest after Brando’s death. She has lost everything, starting from her job to her husband, what will happen to Sasha next? Brando was made her guardian so, after his death, Sasha will have no one. Will she land in prison now? Let’s discuss what all Sasha might face now that Brando is dead.

After learning that the hook killer attacked Brando, her life went upside down. Brando was her husband and the only one who can she could rely on. Whenever Sasha had a mental breakdown, it was Brando who stood beside her rock solid. Not just that, recently, Sasha accepted Brando to be her guardian after much consideration.

However, everything changed when Brando got hooked. General Hospital showed how Sasha prayed for her husband. Even though he initially showed signs of recovery, Brando suddenly coughed blood and had a seizure. After developing some complications, Brando eventually succumbed to the injuries. Now that Brando is dead, what will happen to Sasha? She was already dealing with so much in life. Now, who will handle her? Let’s read further to know what options she is left with.

General Hospital Spoilers: Brando is Dead – What Will Sasha Do Now?

After losing the one who always understood her and stood rock solid beside her, Sasha became an emotional wreck. Brando was not only her guardian but also her guardian. Now that he is gone, Sasha will have no one to rely on. Even though Sasha has Gladys and Sonny, they won’t also be able to help her if the court doesn’t permit them to.

Earlier, Sasha ran into trouble, and she was given two options. Either to get admitted to a mental institution or go behind bars. However, it was Brando who saved her from prison after becoming her guardian. Well, apart from Sonny and Gladys, Sasha also has Nina. But she surely won’t be the right fit since Nina herself has a history of struggling with mental health. Now that she is left with no options, will she land in prison? Well, that is a huge possibility.

However, the recent General Hospital spoilers suggested that Sasha will take a much more drastic and horrific step. Looks like Sasha’s world will spiral down, and she will start taking drugs. Hints are, Sasha might try to commit suicide by taking an overdose of drugs. Will Sasha’s struggle to deal with Brando’s death leave her with one option – to end her life? We will know that in the upcoming episodes. Stay tuned and watch General Hospital, it airs every weekday on ABC. For more updates and spoilers, visit our website, TV Season & Spoilers.