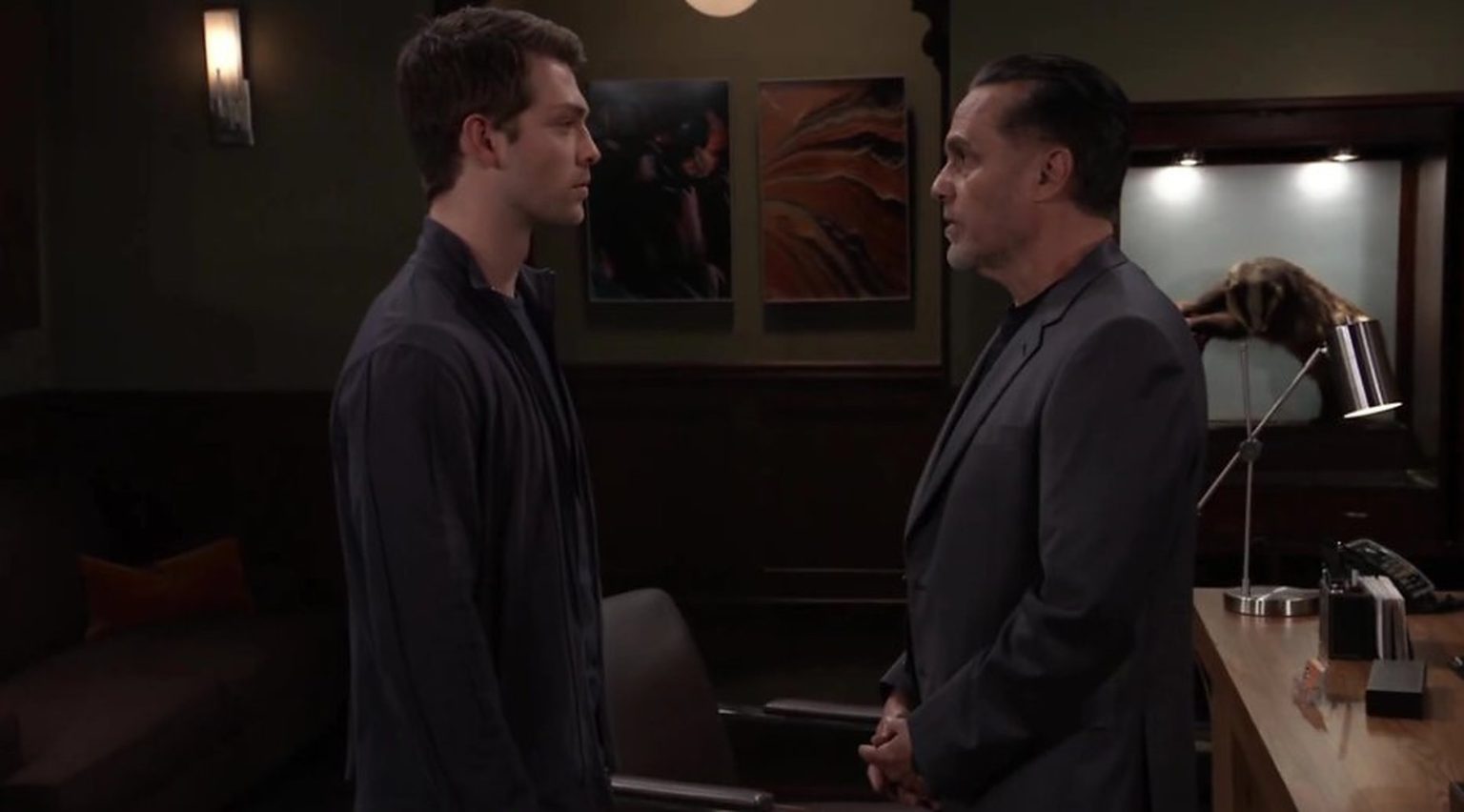 General Hospital fans, brace up! We are in for a very, very intense ride in the upcoming episode of the soap opera! The General Hospital spoilers for the next episode promise a major twist in the tale! The spoilers see The kingpin, Mobster Sonny taking a terrified Dex somewhere in his car. The whole vibe of the scene is quite intense! And we can’t help but wonder if the recently mellowed down Sonny is on the verge of falling back into his old murderous ways!

General Hospital spoilers reveal that Sonny has his arms tight around Dex! The Mafia King of Port Charles is threatening Dex to come clean about what suspicious and shady activities he has been up to! Until now, Sonny has been in the dark about the fact that Dex has been playing a double agent! He, in fact, is a planted mole by Sonny’s estranged son Michael. We already know that Michael is hell-bent on taking down his father and willing to go to any lengths for the same.

Dex: The Double Agent Or The Hook Killer?

We wonder if Sonny has put two and two together and found out about Dex double-crossing him! However, if that happens, we may see Sonny falling back into old habits! So has scheming with Michael landed Dex’s life in danger? We will have to wait for the next episode of General Hospital to find out where Sonny is taking poor Dex! And what he plans to do with him!

Fan reaction is at its peak on social media over the upcoming episode of General Hospital. Moreover, when veteran star Maurice Bernard himself retweeted a viral video clip of Sonny hauling away a terrified Dex in a car, the hype just doubled! Watch the video below!

While we know that Dex is definitely double-crossing Sonny, there also is the other possibility of him being the HOOK KILLER! We do know that sonny believes the hook killer is targeting people connected to Sonny. So there is a fair chance that he could’ve stumbled upon the fact that Dex is the killer in question!

Fans of General Hospital have a lot to say about both possibilities! “He isn’t the Hook but he is double crossing Sonny for Michael so do what you will. or get him to triple cross Michael and really work for Sonny,” mused a fan on Twitter. “I thought it was Dex at first but now i think it is Ms. Wu the bracelets thing Brando mentioned for one thing.” Suggested another fan. “I think Sonny is going to test him more than hurt him. Time for a loyalty test.” “Whatever you do Sonny please don’t hurt him,” were some of the other fan comments.

We don’t know yet which of the two possibilities is more plausible, or is there another third one? Only time will tell! Or the writers, perhaps! What do you think is going to happen tonight? Do you think Sonny will end up killing Dex in rage? Please share your views in the comments! Don’t forget to tune in to tonight’s episode of General Hospital for all the answers!