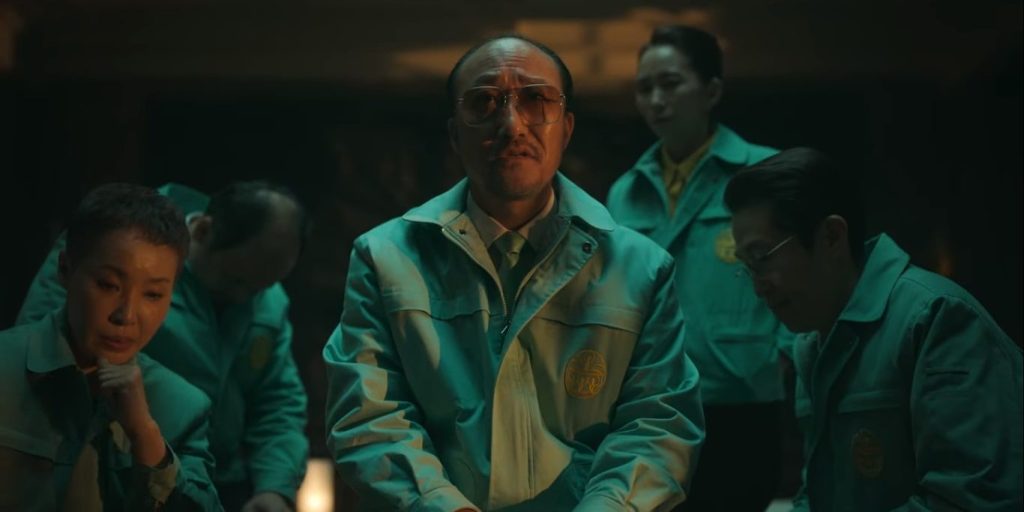 Within a year and a half, Netflix has made a name for itself for bringing some of the best-known shows. From mainstream web content to anime to Korean dramas, the streamer is pushing the goalpost with every premiere. After the enormous success of Squid Games in the Korean category, fans had only one question- what’s next? Well, Hellbound did the job for the platform. This pathbreaking supernatural series has certainly made some headlines this month. Now, questions are being raised on the return of Hellbound Season 2. Here is everything you need to know about its return.

The pilot season of Hellbound first premiered at the Toronto International Film Festival in September 2021. The series launched on Netflix on November 19, 2021. The series is originally based on the webtoon of the same name by Yeon Sang-ho. Climax Studio is the company behind the production and animation. Now, the fans are looking forward to the second season of this South Korean series.

Hellbound Season 2: Is It Returning?

From mainstream web shows to anime, Netflix is aggressively stepping foot in all industries. However, the platform is relatively slow with its grip on Korean shows. The success of Squid Games has opened the gates of this industry for the platform. As for Hellbound Season 2, there has been no official announcement on the renewal of the series. Typically, the content platform refrains from investing in any renewals until the series garners a specific exponent of profit.

While the pilot season of Hellbound did make its name to the A-lister series, there is still time until it will face the renewal decision. In most cases, any return is not announced before a three-month cap. So, fans might have to wait for at least two months before hearing about the return.

What To Expect From The Second Season?

The final moments of Hellbound Season 1 left many questions unanswered. The driver declares to Min that he does not believe in the affairs of God. He said that the world belonged to them, and they were bound to deal with their own affairs. In the final scene at Park Jeong-Ja, fans saw the remains of the sinner begin to formulate into a body again. This brings the question of whether she was actually in Hell or residing on Earth all this time.

Now, Hellbound Season 2 will pick up from this point. Considering the fact that the sinners were already dead, the mystery behind their return will play a huge part in the sequel. On the other hand, Min will continue with her personal conflicts. So, how does a dead entity come back to life? Can they be considered dead now? The sequel will kick off by addressing all these questions.

At the time of writing, there has been no update either on the production or on the renewal of the series. But considering how fast the series has been gaining viewership, it is clear that the renewal decision would not face many hurdles. The timing of the announcement will make the release schedule more clear. However, if Hellbound Season 2 is renewed before the year’s end, then another 6-episode season would be completed in a span of a year.

Thus, fans can expect to see the second season in the early months of 2023. We will be sure to update this section as soon as there are more official updates from the makers’ side. Until then, stay tuned.