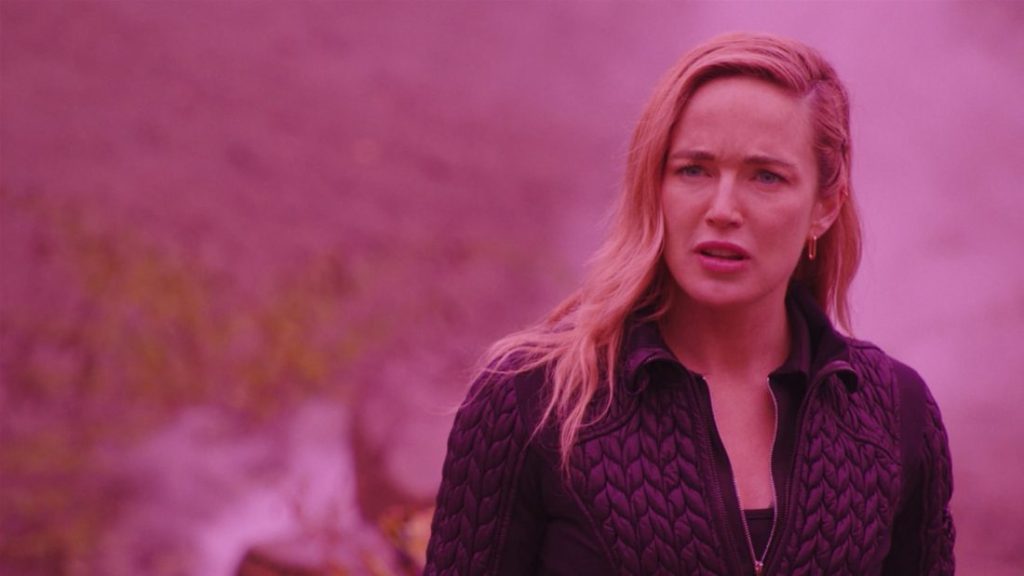 This Sunday, Legends Of Tomorrow Season 6 Episode 3 will see Sara in a jeopardizing situation. She will be trying to figure out whom to trust in the strange planet. Sara already has her fair share of misfortune since the last season finale, and it seems to elevate in the upcoming chapter. But will she ever find out a way to return to her place? Before that, Sara has to track down her Waverider crew as they travel sometime in the future while chasing troubling aliens.

Based on the promo of Legends Of Tomorrow Season 6 Episode 3, titled “The Ex-Factor,” the Waverider crew traveled to 2045 while chasing a troubling alien. However, during this process, they lost track of the alien leading Zari to participate in a reality singing competition. Well, the crew seems to believe that the alien is hidden somewhere at this place. But things start to crumble when Zari meets her ex, DJ S’ More Money. Will she get distracted from her mission? Let’s see!

The episode’s official synopsis reads as: “On The Big Stage: The Legends find them in 2045 trying to defeat an Alien warrior. It leaves Zari (Tala Ashe) no choice but to enter a popular singing competition. Meanwhile, Ava (Jes Macallan) has finally had enough of Rory’s (Dominic Purcell) behavior. So with the encouragement of Spooner (Lisseth Chavez), gives him some tough love.

Elsewhere, Sara (Caity Lotz) finds herself struggling after being attacked. But someone familiar helps her keep looking for refuge. At the same time, Zari and Constantine (Matt Ryan) have a much-needed conversation with each other. Nick Zano, Olivia Swann, Adam Tsekham, and Shayan Sobhian also star. The episode’s directed by David Geddes and written by Grainne Godfree & Tyron Carter.”

Legends Of Tomorrow Season 6 Episode 3: Gary Might Be A Threat

Gary showed Sara a place in the last episode where they found Amelia Earhart in a hut. But, Sara soon figured out that it’s a trap and the person is an alien disguised as Earhart. Then they quickly rushed outside. But the series of strange lights caught them. However, the promo teased that a familiar face would help Sara in this state. But it also appears that Gary could be hiding some more secrets, which might not turn out joyous for Sara.

Legends Of Tomorrow Season 6 Episode 2, titled “Meat: The Legends,” follows a big chase. As the team realized that aliens somehow entered the timeline. However, they’re able to track one to Sand Bernardino, California, in 1955. It appears the alien is using meat to attack the place. Meanwhile, Sara and Gray’s ship crash on a strange planet. But Gary told Sara that the planet owner is Gary and Kayla’s boss. While back on earth, Spooner defeats the alien and officially joined the group.

Legends Of Tomorrow Season 6 Episode 3: When Will It Release?