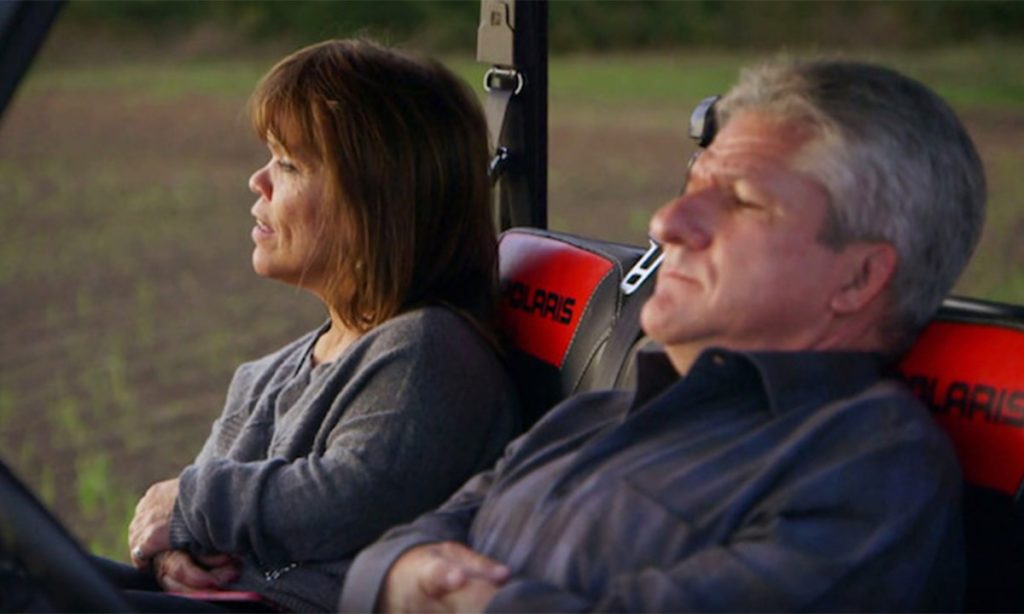 Little People Big World: Amy To Step Away From Working On The Farm As Property Feud Gets Intense!

Matt and Amy Roloff were once a married couple. Both of them were major stars on TLC’s reality show Little People Big World with their four kids, Jacob, Molly, Jeremy, and Zach. Apparently, 16 years have passed since their debut, and things are different now. None of the kids apart from Zach star in LPBW, and Matt and Amy filed for a divorce and have separate partners now. Apart from this, the property dispute regarding the future of Roloff Farms also came into play and caused a stir in the family. Since then, there is a lot of awkwardness between the Roloffs. It is also affecting Amy Roloff, and she is unwilling to step up and do her job at the family property. Keep reading to know more details about this.

Amy and Matt Roloff might have split years ago, but they still work as a unit sometimes. It turns out they work on the Roloff Farms together, giving tours and meeting fans and guests. She also participates during the pumpkin patch season, staying ready as ever to welcome the guests. However, this dynamic seems to have changed since Matt Roloff had a falling out with his sons, Jeremy and Zach. At first, both of them had an interest in buying a part of the farm and living there. However, their negotiation failed, and it created a rift between the family. Since the beginning, Amy Roloff has sided with her sons. She was extremely upset when neither of them was able to acquire the farm.

In the latest Little People Big World episodes, Amy’s husband, Chris Marek, asked her about her responsibilities at Roloff Farms. He wanted to know if they would partake in the pumpkin season. She very candidly replied by saying that she needs to get her “head around it” before “committing”. The LPBW matriarch wanted more details about the “future plans” of the property since Matt Roloff put it on the market for sale. Amy also admitted her mistake by saying she said yes “way too quickly” when her ex-husband had asked her about helping out on the farm for the pumpkin season.

It happened after Matt had found out about his father, Ron Roloff’s passing. While Chris Marek was all for helping his dear friend, Amy didn’t feel the same way about this. The Little People Big World star stated that pumpkin season isn’t as “luring” ever since the property was put on the market for sale.

Little People Big World: Amy Claps Back At Matt For Farm Sale, Says ‘What On Earth Did You Do’

At first, Amy Roloff used to own the “north side” of the farm. However, she had to sell it back to Matt under the impression that he will sell it to her kids. When that didn’t happen, she has been unwilling to be as ecstatic about working on the farm. In Little People Big World Season 23, Matt Roloff shockingly made the decision to put a part of Roloff Farm on the market. He put 16 acres of it on sale for $4 million. His ex Amy Roloff was taken aback by this sudden change. She was under the impression that her former husband and kids will eventually reconcile. Hence, the property will stay in the family.

Amy Roloff also confronted Matt about his chance. In her confessional, she wanted to know “what on earth” Matt was doing. However, the patriarch ended up giving her the kind of answers that led to nowhere. In fact, both of them also had a falling out. As mentioned above, Amy sided with her sons. She tried to school her ex for putting up such a hefty price that her kids couldn’t afford the property. In the past, Matt has never apologized for his mistakes and even admitted to being greedy with no regrets. As of now, he has turned his big house into a vacation rental and eventually took it off the market. Keep an eye out for all the latest Little People Big World updates only through TV Season & Spoilers.