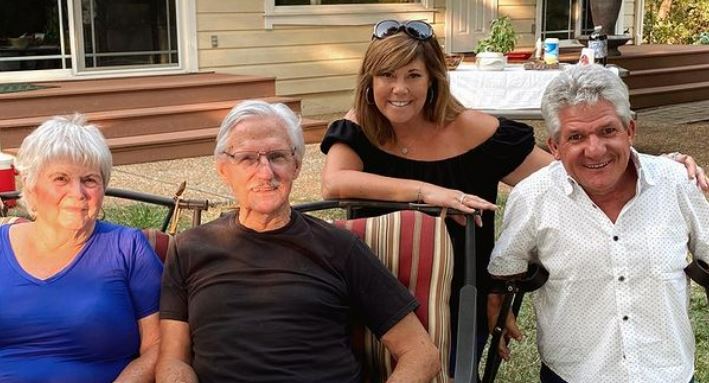 Little People Big World: Matt Gives Health Update About His Parents CRITICAL Condition! How Are They?

Matt Roloff is finally breathing a sigh of relief now that his parents’ health conditions are better than before. The TV star recently asked his fans for support and requested prayers for his parents, who were facing some serious medical challenges. The news was very concerning for all Little People Big World fans as they saw Roloff flying to Northern California to check on his mom and dad. A few days later, he is finally ready to give away some details about what’s actually happening. The LPBW patriarch took to his social media to discuss some health updates. So, here’s all you need to know about it.

The popular LPBW celebrity recently shocked his fans with a piece of scary news. He revealed that his parents are facing some medical challenges, and he wanted to be there with them as they seek treatment. He revealed that his dad, who he calls Papa, was diagnosed with CLL (Chronic Lymphocytic Leukemia) blood cancer. On the other hand, his mom, Huny, needed physical therapy after a bad fall. The TV star then flew from Oregon to Northern California to be with his family.

Matt also requested his fans to wish his folks a speedy recovery. He also requested everyone’s support and prayers for the Lord’s healing hand to touch them and “continue to keep their unbelievable grace and unshakable spirits alive and well.” The TV star plans to take his parents to Arizona once they recover so that they can spend many more years playing in the pool.

The news of Matt’s parent’s critical health condition was shocking for his fans. They showered the Roloff family with support and prayers for a speedy recovery of their recovery. As of now, the social media post is stuffed with prayers and good wishes, and everyone was eager to know more about the situation. A couple of days after his initial post, Matt Roloff finally revealed that his folks are doing better now. In his latest post, the TLC celeb talked about how everyone’s prayers seemed to work and are having a positive impact.

Roloff revealed that his father’s treatment of CLL blood cancer has begun, and it’s going very well. The first chemo treatment had a short rough reaction, but his dad was back to his old self, eager to be the host personality. His family members had to push him down and advise him to take it easy. Now, he’ll have to wait to get the rest of his chemo treatment sessions later. Matt mentioned that Papa would continue his weekly treatments. His mom, who he calls ‘Huny,’ was up and about. She looked wonderful and in high spirits when Matt visited them. She will continue her physical therapy in order to get full movement back after her “bad fall.”

Along with the Little People Big World patriarch, his son, Zach, and grandson, Jackson, also arrived to show their support. The two of them drove around 12 hours each way to visit the grandparents in Northern California. Whereas, Zach’s wife Tori and daughter Lilah even send gift packs for them. In fact, one-year-old Lilah even picked some things out of her strollers to sent to her great-grandparents as gifts. As of now, other members of the family haven’t exactly shown a lot of interest in the matter. What do you think about that? Tell us in the comment section below and keep coming back to TV Season Spoilers for Little People Big World updates.