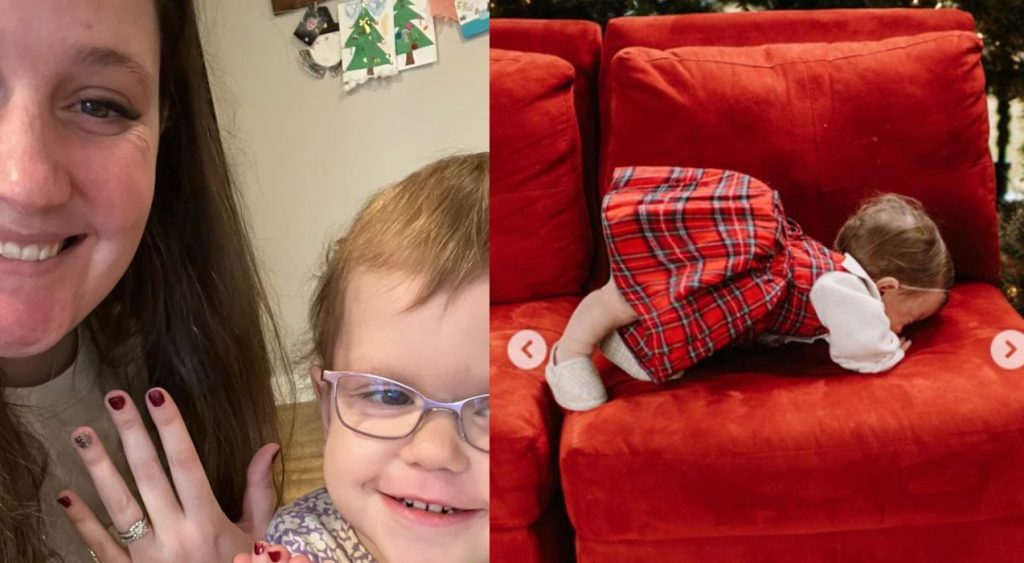 Tori and Zach Roloff are parents to three little children, Jackson, Josiah, and Lilah. The Little People Big World family has been in turmoil after Matt’s decision to sell the farmland. He and his former wife, Amy Roloff, had decided to pass on the land as a legacy to their children. However, the LPBW patriarch refused to consider the option and moved ahead to sell, even renting the place. The decision majorly impacted his relationship with his son, Zach. This is because he bid a price to buy the farm but was rejected. Tori and Zach’s relationship has also been strained. Amidst everything, Tori shared an adorable video. Keep reading for more details.

Zach and Tori tied the knot in 2015 and have been together since. The Little People Big World audience has seen the couple grow and become parents. The pair’s three kids have genetically inherited Zach’s dwarfism and are extremely adorable. Tori took to Instagram to share a video of her kids playing in their living area. People who follow the show would know that Zach left the farmland after a feud with his father, Matt, and bought a new house in Washington

. It has been some time, and the family seems to be happily settled there.

Josiah, the littlest one in the video, could be seen crawling on the floor. At the same time, the young LPBW celeb’s elder sister Lilah came to tickle him and make him laugh. Additionally, Lilah could be seen laughing along with Josiah and enjoying their time. The video was captioned, ‘I love these two’ while Tori could be heard enjoying her kids and having a good time. In another video, Josiah could be seen in the same place, lying and looking at his mother while Lilah imitated the growling sounds of a dog. Minutes later, she video-bombed with her purple scooter.

The professional photographer also shared a post of Josiah’s eight-month birthday. He could be seen lying on a white sheet with month numbers beside him. The Little People Big World parents, Zach and Tori had highlighted the eight-month with two leafy plants across each other. Further, she wrote a heartfelt caption sharing how people-friendly Josiah is and that his existence lights up the world. Additionally, Tori thanked God for 12 hours of sleep every day for her little son.

Fans speculate that the Little People Big World’s most adored couple might be headed for divorce. Things have been haywire between Zach and Tori for a very long time now. The mother of three had shared a Christmas picture in an Instagram post. The family wore knitted red and white patterned clothing. However, a few followers were quick to hop in and stimulate the divorce talk. One commented, ridiculing Tori and Zach Roloff and stating that they pretend to be happy together.

Another cringed over the picture and claimed that it was too bad for the couple, but they are getting a divorce soon. One of the users even called upon Tori and made gold-digger remarks at her. The follower claimed that with Zach, Tori was making enough money for herself and the children on the show. However, since the show is not there anymore, she does not need him. What are your thoughts on Zach and Tori’s relationship? Tell us in the comments below and stay tuned to TV Season & Spoilers.