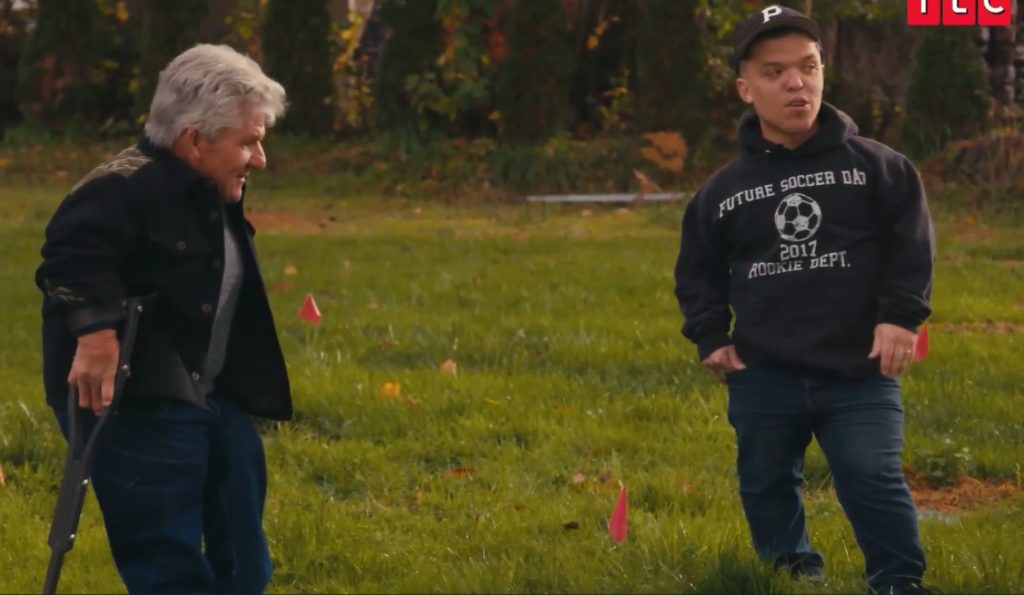 As Little People Big World became a hit sensation on TLC, it has continued to air for 16 years. Clearly, a lot of changes have taken place over the years. A recent feud feature in the latest season shook the entire family. It turns out Matt Roloff wasn’t willing to sell a part of Roloff Farms to his son, Zach. Although all the four Roloff kids grew up with the dream of taking over one day, it didn’t happen. Now, the father-son has quite a strained bond and distancing. Lately, Tori has taken to her social media to reveal her husband built a bridge in their new house all by himself. Is his father proud of him? Keep reading to know more details.

With a major announcement last year, Zach and Tori Roloff shocked the Little People Big World fanbase. It turns out they moved into a new house in Battleground, Washington, last year in October. When the new LPBW episodes premiered, viewers found out that it was because Zach had a massive feud with his father, Matt Roloff. It was because they couldn’t see eye to eye on a deal related to Roloff Farms. While the son wanted to take over, the famous patriarch thought it would be too much of a responsibility for him.

Hence, there have been strains in their relationship ever since. Lately, Tori Roloff took to her social media to reveal a new Instagram Reel. It turns out she was showing off a new bridge that her husband built on their new property. While talking to a fan in the comments, she said she is proud of him as he did it all by himself. Hence, the LPBW fanbase began to speculate that Zach wanted to make his father, Matt Roloff, proud. Well, the latter has been quite the visionary as he came up with lots of fascinating structures on their 100-acre farm. So far, the star has not yet reacted to Zach’s new feat. Hence, these are merely speculations on the internet.

While Jeremy and Zach wanted to crack a deal with their father, Matt, and buy a part of Roloff Farms, it didn’t happen. Hence, both of them moved on and are living in different properties. However, their youngest sibling, Jacob, is quite close to his father. That’s because he has been working for him on the family farm. Although he has no intentions of buying it, he doesn’t mind earning his livelihood from working there. It turns out Matt appreciates his work

too. That’s because he took to his Instagram to flaunt it.

It turns out that Jacob ended up installing an absolutely perfect “shallow gutter” drain on the farm. In fact, it was much needed. Otherwise, it was causing an issue during the Pumpkin Patch season. However, the youngest Roloff sibling carried out the task with “no instructions” and did a great job. With this, Matt Roloff stated that his wife Isabel and son Mateo were also there with him to cheer him on. As a result, Matt was very impressed by his youngest son’s work. Keep track of all the latest Little People Big World news only through TV Season & Spoilers.