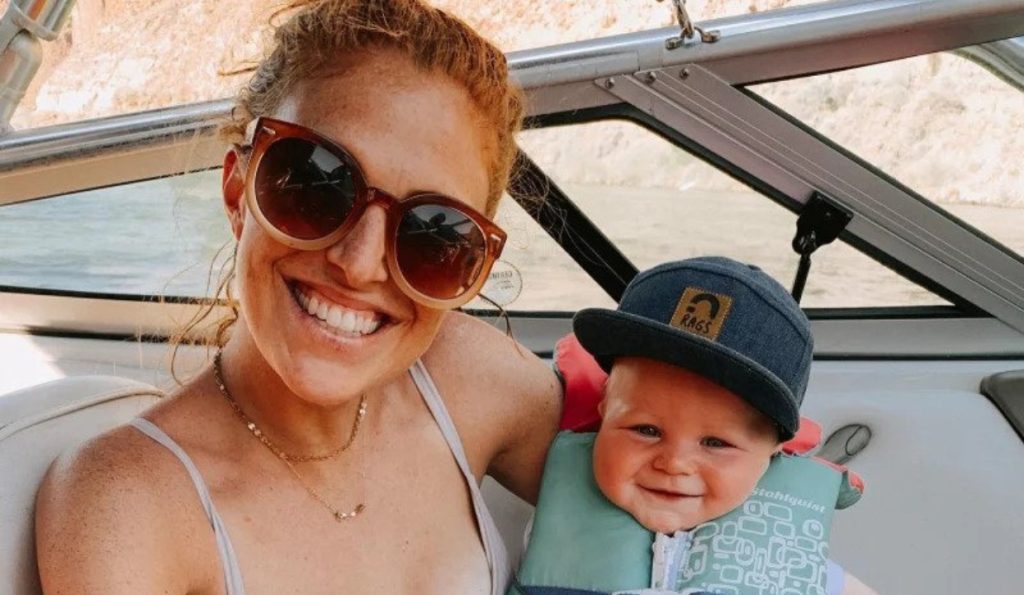 Audrey and Jeremy Roloff are still very much a part of the Little People Big World fanbase. Although the former child star threw shade at the TLC reality show for causing harm to the family, LPBW fans still keep up with their lives through Instagram. Hence, they know that the couple is currently on a 2-week long road trip with friends. Their kids Ember, Bode, and Radley are also part of the same. While vacationing, Audrey took to her social media to reveal her swimwear look. Keep reading to know more details about this.

Little People: Audrey Roloff Takes A Dip In The Lake In A Black Swimwear!

Audrey and Jeremy Roloff became familiar faces after starring in Little People Big World. In fact, their love story began when they met one another in college. Since things got serious, the latter introduced her to the show as her girlfriend. Later on, they got married on their family farm too. They are now focussing on other projects and have moved into new farmland. Apart from this, they are currently on a road trip with some friends and their three kids. Audrey Roloff took to her social media to flaunt her fit body. As per TheSun, she put up posts taking a dip in the lake in black swimwear.

The Little People viewers found it astonishing that Audrey had a toned physique after having three kids. Back in November 202, Audrey gave birth to her newborn baby Radley. They took to social media to compliment her for her appearance after the postpartum phase. Apparently, Audrey has been quite an athlete in the past. She was the captain of her cross country and running team in college. Staying fit comes easy to her. Later on, she put up another video enjoying herself in a hot spring. The family of five has rented an RV to go around multiple states. They were last in Idaho.

LPBW stars Audrey and Jeremy didn’t stop being celebrities after quitting the reality TV realm. They started new projects like launching a podcast show, bestselling book, marriage journals, and so on. The duo has been doing so under their brand, ‘Beating Fifty Percent,’ and guiding the audience towards how to have a “healthy marriage”. However, the former TV stars have often put up several passive-aggressive posts on social media in the past. This has made the Little People fanbase feel that they are going through a rough patch. That Audrey put up a post on her Instagram handle promoting a product.

As she is a social media influencer with a wide audience, Audrey continued to promote things even during her road trip. There was a shot of Jeremy in one of her videos, looking at the camera with annoyance. So, an LPBW fan put up a post about this on Reddit while poking fun at Jeremy. A lot of viewers began to agree that Jer looked done with his wife as she was busy doing her job on social media. However, neither of them has responded to their strained marriage speculation yet. Keep track of all the latest Little People news only through TV Season & Spoilers.