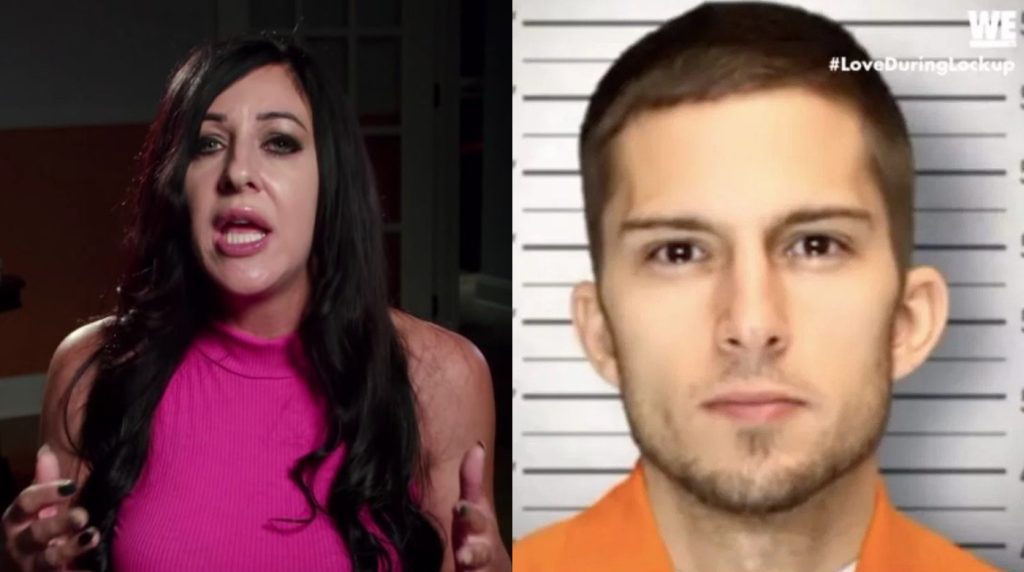 Love During Lockup: Melissa’s Crush From Her School Days Cheating On Her?

Melissa and Louie have become the newest couple to become part of WeTV’s Love During Lockup. As the name suggests, the reality show focuses on an inmate’s relationship with someone outside prison. Viewers were amazed at Mellisa’s love for Louie as she discovered him in a prison pen pal site. Apparently, both of them are from the same high school and never met one another there. The woman always had a crush on him, so she tried wooing him through her letters, and they got together. At last, this circumstance seems too good to be true, and chances are that Louie might just be cheating on her. Keep reading to know more details below.

Love During Lockup: Melissa Is Jealous After Realising Louie Is Dating Someone In Prison! Two Timing Them?

Melissa is the newest star of Love During Lockup. Her journey began when she stumbled across her high school crush on a prison pen pal site. Well, it was none other than Louie. Both of them seem to have hit off. They also have plans for the felon to move to New Jersey with Melissa after his release. However, a lot of things came into play after the latest Love During Lockup episode. It turns out that Louie is doing time in Georgia and resides there with his mom before going to jail. So, Melissa finally came all the way there from New Jersey to meet him. She first had to encounter Louie’s mother, Donna.

When both the ladies talked to one another. There were many shocking revelations. It turns out Louie’s mother revealed a lot of things to her son’s girlfriend she didn’t know of. Apparently, the criminal has plans to become a “yoga instructor” after serving time and getting released. In fact, he has found a special someone in prison who is also of the same profession, as per his mother, Donna. So, she will train him to be a certified professional in that field. All these things were news to Melissa. Also, Louie never discussed these things with her. So, she was in disbelief and felt jealous of the situation.

Many Love During Lockup viewers assumes that Louie might just be two-timing these women. However, there is no sure way of telling until they hear his side of the story. Hence, they are early waiting for more episodes to find out more about their segment.

Love During Lockup: Louie Lied To Melissa Again? Has No Plans To Move In With Her In New Jersey?

While Melissa excitedly expressed her future plans with her beau, reality smacked her across the face. As mentioned before, she traveled from New Jersey to Georgia to see her man, Louie. Before she could visit him in prison, the star got to meet her boyfriend’s mother, Donna. Well, the woman paid no heed to her. She expressed that her son will move back in with her in their house in Georgia. Melissa appeared quite confused at this. That’s because the prisoner made plans with her to move to New Jersey after his release.

However, Donna confidently continued to say that his son had depended on her. In fact, he will continue to do so even after his life as a free man, as per her. This was, again, a confusing moment for Melissa. That’s because he never ever discussed these plans with her in any of their letters or conversations. Many believe that the castmate is in for heartbreak and the felon will end up ditching her as the show progresses. How do you feel about Melissa and Louie’s relationship? Tell us in the comments below. Keep reading more Love During Lockup updates only on TV Season & Spoilers