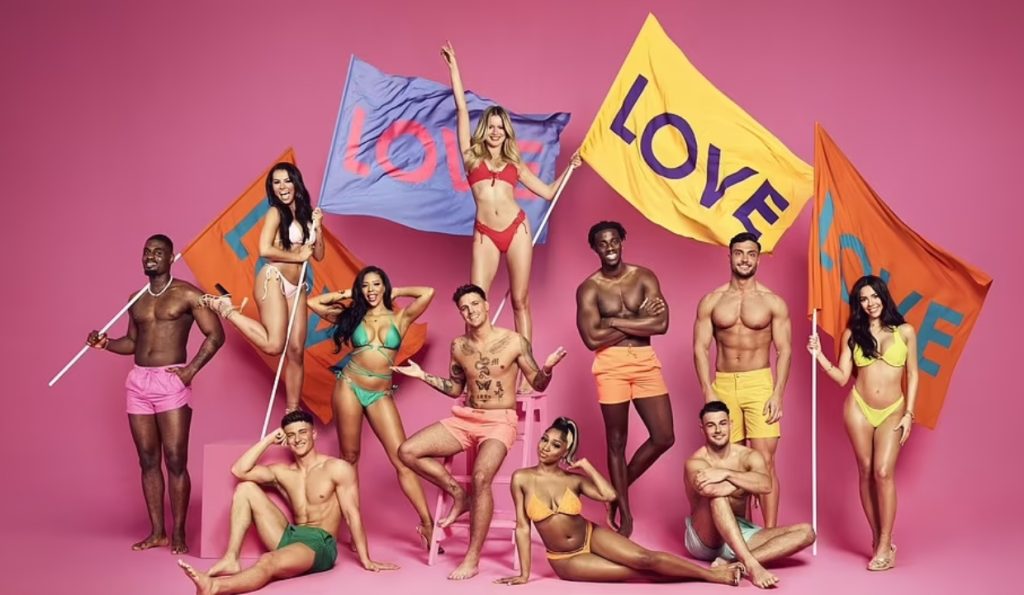 Since it began broadcasting in 2015, Love Island has taken the TV world by storm. Often getting the tag for being a guilty pleasure reality show, one thing everyone agrees on is that it keeps the audience hooked to the screen. Be it the cast member’s stunning looks, personality, lavish villa, or overall gameplay. Through the years, the show has become a huge phenomenon, and fans keep wanting more. Now, the series is all set to return with a new season, i.e., Love Island 2022, and the cast details are out! Keep reading to know more about the upcoming show.

Love Island 2022 promises a lot of entertainment and fun. Well, 11 new castmates are becoming part of the season, as per Cosmopolitan. This includes the 24-year-old Amber, hailing from London and working as a nanny. Joining her would be a real estate agent, Andrew La Page, who is 27. In fact, Irish lad Dami is also partaking this year and is a senior microbiologist. Whereas, Davide Sanclimenti is a new debutant too. He is Italian but lives in Machester and owns a business. That’s not all; popular footballer Michael Owen’s 19-year-old daughter Gemma is also a contestant this year. She describes herself as “fun, flirty and fiery”.

Well, the fun doesn’t end here. The viewers will also get to see, Ikkena, 23, from Nottingham, in the pharmaceutical field. Moreso, Indiyah Polak is also excited to become the new cast member. In fact, she works as a hotel waitress and resides in London. Then, Newport’s Liam Llewellyn, a master’s student, will debut too. Then, Luca Bish, working as a fishmonger, is also coming to the show. Meanwhile, Paige residing in Swansea, 24, is ready to try her luck in love. Last but not least, the show is getting quite inclusive with every season. That’s because famous model Tasha, 23, will also star in the show. Apparently, she became famous after starring in a commercial with cochlear implants.

Love Island 2022: The New Villa Is Winning Hearts! The Biggest Ever This Season

With each passing season, the reality show keeps getting grander. Well, Love Island 2022 is no less. With the news about the new cast members, their place of living is also making rounds on the internet. Apparently, their esteemed villa is the same as it has been in the previous season. However, the exciting change is that everything has become bigger than ever. Be it their sleeping room, kitchen, bathrooms, and so on. Additonally, the brand new “beach hut” chair also looks fancy as ever.

Another positive development in the series is that an additional room from the last season isn’t coming back for Love Island 2022. Apparently, it’s the smoking room. While talking about this, the executive producer Mike Spencer shed light on this and said, “no castmates smoke”. Hence, there was no point in bringing back that room for the new season. Therefore, Love Island fans are eagerly waiting for Love Island 2022, premiering on June 6, 2022, at 9 pm on ITV2.