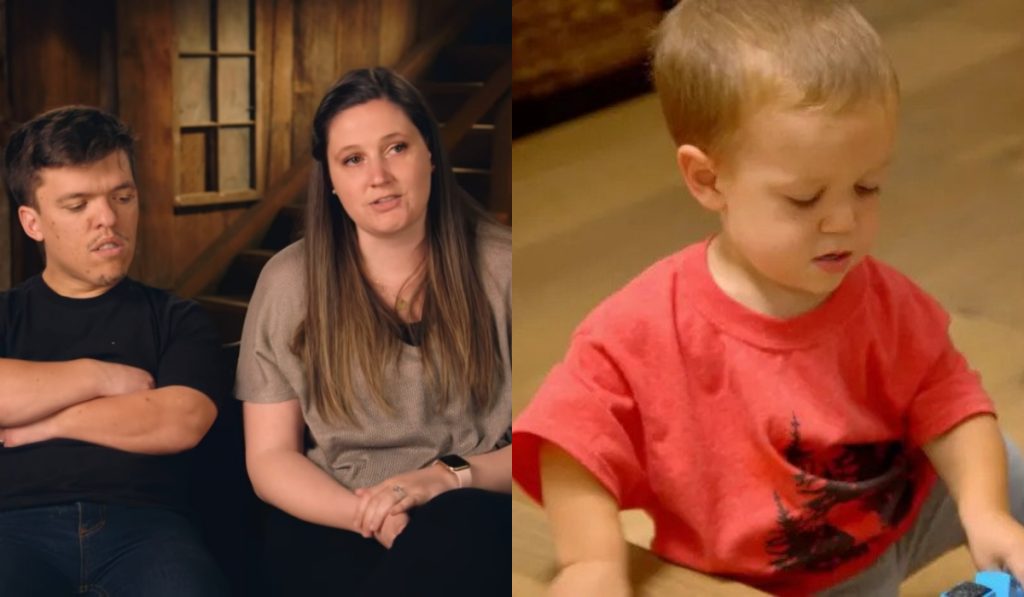 LPBW: 5-Year-Old Jackson Discovers He Has DWARFISM! Tori & Zach To Tell Him Why He’s Different From Others

Zach and Tori from Little People Big World have created a wonderful life for themselves. They have been married for seven years and share three beautiful kids. Zach had become part of the show since he was a teenager. He is the only son of Matt and Amy Roloff to have dwarfism. Apparently, all the kids of the LPBW celeb, i.e., Jackson, Lilah, and Josiah, have the same condition. But their eldest boy will soon be coming to terms with it as he is growing old. So, Zach and Tori had a conversation about it. Keep reading to know what they had to say about their baby boy.

As mentioned before, Zach and Tori have a miraculous family. That’s because their three kids, Jackson, Lilah, and Josiah, have dwarfism. They have inherited it from Zach, who has achondroplasia, while their mother, Tori, is of average size. While the latter two are quite young, Jackson is five years old now. In the latest Little People Big World episode, Zach is going to address his fears about his eldest boy. His wife, Tori Roloff, is going to join him in this discussion. As per a promo by People, they address that their son is at an age where he will realize how he differs from his friends.

As per Zach’s confessional, he has not yet had “the talk” with Jackson about him “being different”. In fact, the youngster has not yet “caught on” about the matter. Tori mentioned that their eldest boy was quick to notice that other people at the LPA, i.e., Little People of America Convention, looked “just like dad”. However, he has not yet “caught on” the fact that he looks like them too. Tori feels that Jackson has “gathered it”. As per her, the young LPBW

Zach addressed his fears by saying his child sees himself “so highly” and is very “confident” and proud. So, the father worries that this revelation might “break him down”. Tori concluded by saying that the LPBW parents will continue to foster it “the best they can”. Her husband still worries that the little one will “lose it”.

LPBW: Zach Gets Emotional About His Own Dwarfism Struggles

While talking about his own experiences, Zach Roloff stated that there was never a big realization about his dwarfism. Apparently, all the “little moments accumulated”. Be it races in school or playing chase. While playing, his friends would “run away from him”. He got emotional, saying he would tell his mom, Amy Roloff, that his pals “ran away ” again. So, the matriarch would yell at his twin brother, Jeremy, not to “leave his brother behind”.

As he looked back at this moment, Zach talked of feeling “demoralized”. That’s because it was such a “little brother thing”. But he wasn’t a little brother and was the same age as Jeremy. At last, Zach also addressed the “collision of confidence and self-worth”. He claimed the “reality” hurt him the most and added it is coming “for him” (Jackson) and all “his kids”. Viewers will get to see this segment in the new episode, all set to premiere tomorrow, i.e., November 22. Keep coming back to TV Season & Spoilers