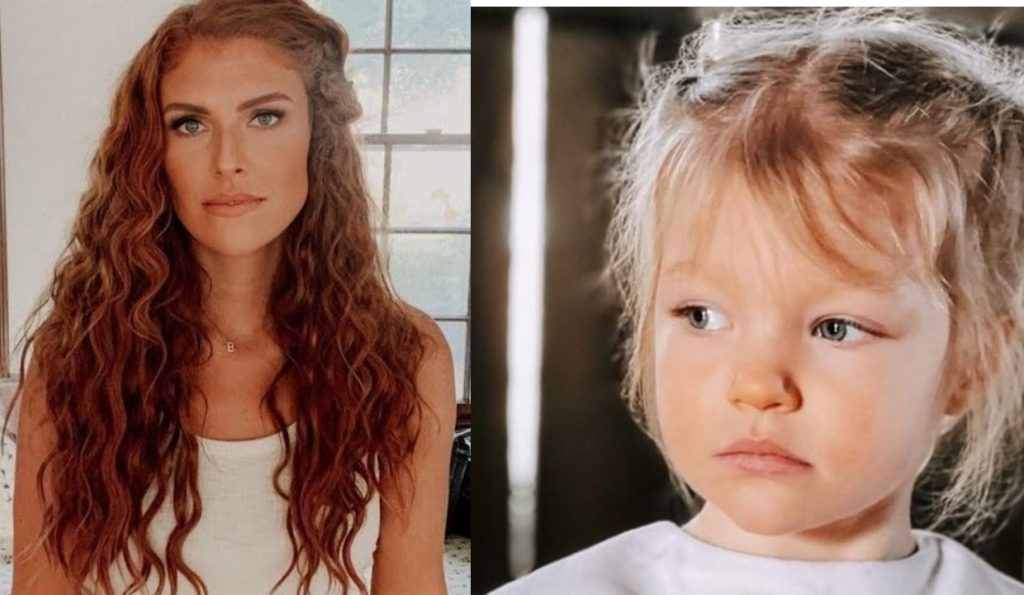 It is never surprising to see fans slamming the Little People Big World star, Audrey, for parental decisions. The LPBW star and her husband Jeremy have been accused of being careless parents in several different situations. Fans recall when the mother proudly posted a photo of herself feeding her children a dubious illicit beverage on Instagram. Another incident was when the famous couple took their kids without seat belts on a jeep excursion. Instead of making sure her children were buckled up during a jolting car trip, Audrey was preoccupied with recording a video with unsteady hands. Fans couldn’t believe a woman would joyfully post a video in which she was endangering her children’s lives. Keep reading to know more.

Audrey Roloff, the wife of Jeremy Roloff, is receiving criticism from fans after posting a picture of her daughter Ember running barefoot on the snow. On Sunday, Audrey shared a video of her and her five-year-old daughter running about in the deep snow on her Instagram. The LPBW star was just wearing a black swimming suit. Her oldest child wore a similar outfit but of a different color. Moreover, Ember appeared to be grinning as her well-known mother pursued her outside in the frigid conditions. She hurled a snowball at me as I was lying down. Audrey captioned the photo, adding an emoji of a laughing face. One follower took a screenshot and posted it on Reddit. Many fans come to the comment section to give their opinions. Some criticized her for her allowing Ember to step out on snow barefoot. At the same time, there were some to defend her as well.

However, it’s not the first time the LPBW star got backlash. Regarding her parenting choices, Audrey has received criticism over her parenting in the past. The star received criticism last month after posting a photo with her oldest kid wearing matching red lipstick. Moreover, Audrey even shared a selfie of her with her daughter, Ember. In the picture, Ember is wearing matching lipstick as her mother. She captioned the picture as “Nutcracker lipstick”. Ember participated in a ballet performance of the Nutcracker and hence, wore lipstick as a part of the costume. Audrey and her husband, Jeremy, watched her performance, and the former happily recorded it. However, fans thought the makeup was “inappropriate”. People commented, saying that Ember is very young to apply makeup. While others taking Audrey’s side commented to let kids have their fun.

Following their discovery of a peculiar feature in the living area of Audrey and Jeremy’s Hillsboro house, Little People Big World fans have made fun of the couple. After Audrey shared a picture on Sunday from inside their house on her Instagram Stories, the particulars were spotted. The photograph was taken from the hallway on the second floor and overlooked the living room. Well, the family’s flat-screen TV was set up adjacent to the open fireplace, which had a fire inside. As they shared the Instagram Story image on a well-liked Reddit thread, fans expressed outrage about the unusual and perhaps hazardous positioning.

Fans chimed in on the strange television placement and said it’s a bad position to place the TV. The hot flame from the fireplace can cause dangerous disasters. However, Audrey and Jeremy are currently enjoying their vacations in their lavish $750 cabin. The house has three bedrooms, four bathrooms, and also a large living space. It even has a sauna and a dry bar and is situated on a wooded lot. For all the latest LPBW updates, keep coming back to TV Season & Spoilers.