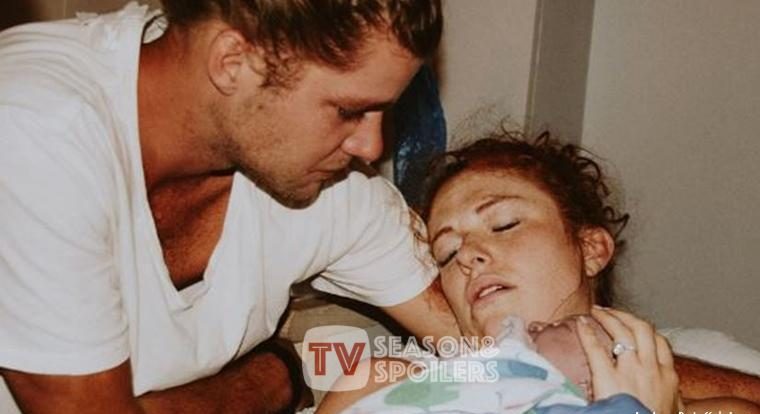 The former Little People Big World star Audrey Roloff is always upfront and honest with her fans through her social media posts. She always shares a lot of instances from her life, be it the good or the bad. However, the LPBW celeb’s recent post really scared all her followers. Looks like she is suffering from some complications after the birth of her third child. What’s going on with Audrey? Keep reading to know!

LPBW: Audrey Claims To Have Had Mastitis 20 Times!

Audrey Roloff came clean about suffering from mastitis. This happened after the birth of her third child, Radley Knight Roloff. In this condition, one suffers from the inflammation of breast tissues, as per mayoclinic.org. It often happens during the breastfeeding period for the newborn. This can also cause an infection in the area. However, there was one odd thing that caught everyone’s attention. In her video posted on Instagram stories, the new mother t alked about undergoing mastitis complications 20 times! Apparently, she has suffered from this during all three births of her kids, including Ember and Bode. This didn’t fit right with the netizens, and they claimed her calculations were wrong. It is simply wrong to count “each day as separate incidents of mastitis.”

Moreover, some netizens were baffled when the mother of 3 said that she is an “expert” on the condition. Audrey even went as far as saying she can “literally write a book” about mastitis and “tongue and lip ties”. A lot of people from the fanbase took to their Reddit handles to tell the naïve mother about consulting a doctor. They emphasized that the treatment should be taken seriously, and she should get her hands on some antibiotics. Owing to many other incidents, the Oregon native doesn’t fall under the good books of LPBW fans. Hence, they never miss an opportunity to shun her.

After going through Audrey’s stories about mastitis, a Reddit account revealed an interesting factor. They stated that their mother is a ‘lactation specialist’ and talked about the former TV star’s condition. As per the account’s comment, the redhead is suffering from continuous “flare ups” of the mastitis that has occurred only once since she gave birth to her third baby. The post mentioned that she should complete an antibiotic course to get back to normal. Until the TLC alum does that, the condition will cease to occur.

Apart from this informative post, the rest of the people from the reality show fanbase used pretty harsh words for the Roloff member. They addressed her with multiple foul names. The Redditors claimed that being a social media influencer is a huge responsibility. Hence, she shouldn’t be documenting such things to ‘misinform’ the people who follow her. The star has been very old school and also talked about using “oils” to treat herself. This again didn’t land well for her, and the LPBW fans shunned her again for the same.