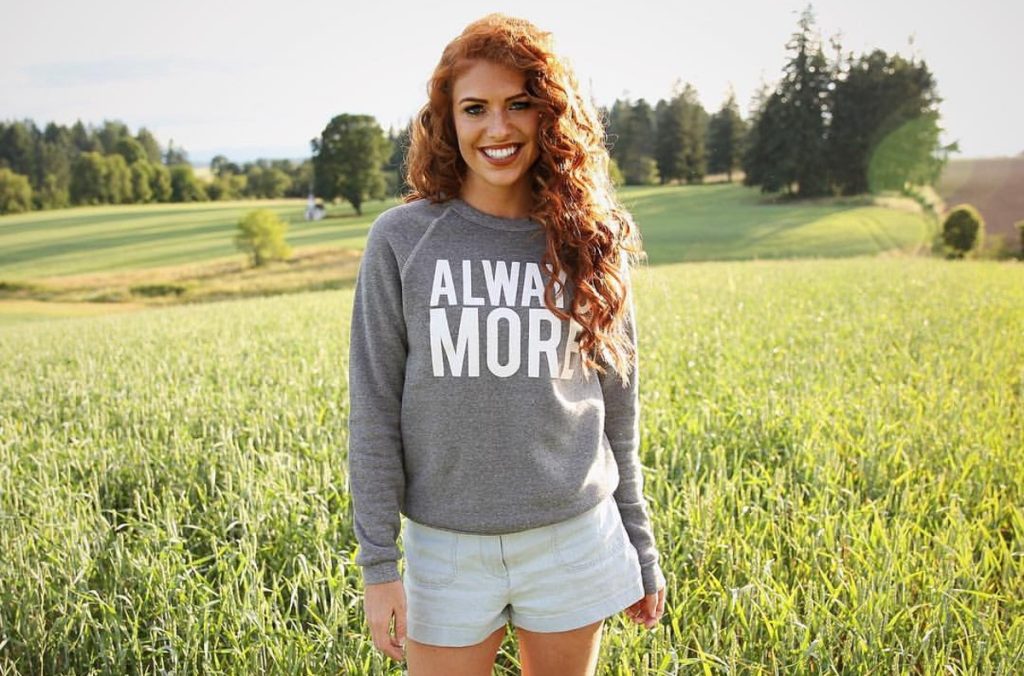 Audrey and Jeremy Roloff were once huge stars on Little People Big World. But life had other plans, and they quit the show. Despite their departure from LPBW five years ago, they have continued to stay relevant. It is all because of their social media presence. Unfortunately, the couple keeps making headlines for all the wrong things, be it their parenting skills or unhygienic lifestyle. However, Audrey is in the limelight again for something different. Recently, she uploaded a lot of holiday photos with her family. That’s when viewers got the sense that she had undergone weight loss. Keep reading to know more details about this.

Audrey Roloff has been a prominent star in the Little People Big World franchise. Things have been looking up for her and her husband, Jeremy Roloff since they left the show. It turns out that both of them started a brand, “Beating 50 Percent,” to talk about the secret to healthy marriages. In the field, they released multiple podcasts, books, journals, and so on. These things keep the couple in the limelight, and fans still check their social media to know what’s been going on in their lives. Lately, Audrey, Jeremy, and their three kids celebrated Christmas at full throttle. So, she put up pictures.

One of the pictures was of the family posing in front of their Christmas tree before going for an outing. That’s when viewers revealed that Audrey was wearing a black off-shoulder gown. So, the LPBW fanbase began talking about her weight loss. As the dress showed off her slim physique, viewers began to wonder if Audrey had lost weight. However, the ex TV star has neither confirmed nor denied this theory. She also used to be the captain of her cross-country team in college. Hence, getting healthy and staying in shape comes naturally to her due to her athletic past. While some fans loved her distinct look, others began to shame her for giving unrealistic expectations about bodies on social media.

While some LPBW fans appreciated Audrey Roloff for maintaining a fit physique despite having five kids, there were others who recalled a past incident. Earlier this year, the former castmate shared a picture from the fourth of July celebration. It turns out that she was planning to wear a red checked dress. The star went on to boast that the dress still fit her despite it being from her high school days. While Audrey was showing off her dress, some eagle-eyed fans observed something strange in the photo. In the back of the dress, viewers could see the image was very pixelated. So, they instantly knew that Audrey may have photoshopped her body in the picture.

That’s when many LPBW fans figured out that Audrey must have done this to look slim. But one viewer could catch the glitch and talk about it on Reddit. That’s when the viewers began to school the celebrity for showcasing something false through her social media. They stated that still being able to fit into an old dress after having three babies is nothing to be proud of, and all body types should be normalized. However, Audrey chose to ignore the claims that she altered the photo and went on to make more posts on her social media. How do you feel about Audrey’s weight loss? Tell us in the comments below. Until then, stay tuned to TV Season & Spoilers