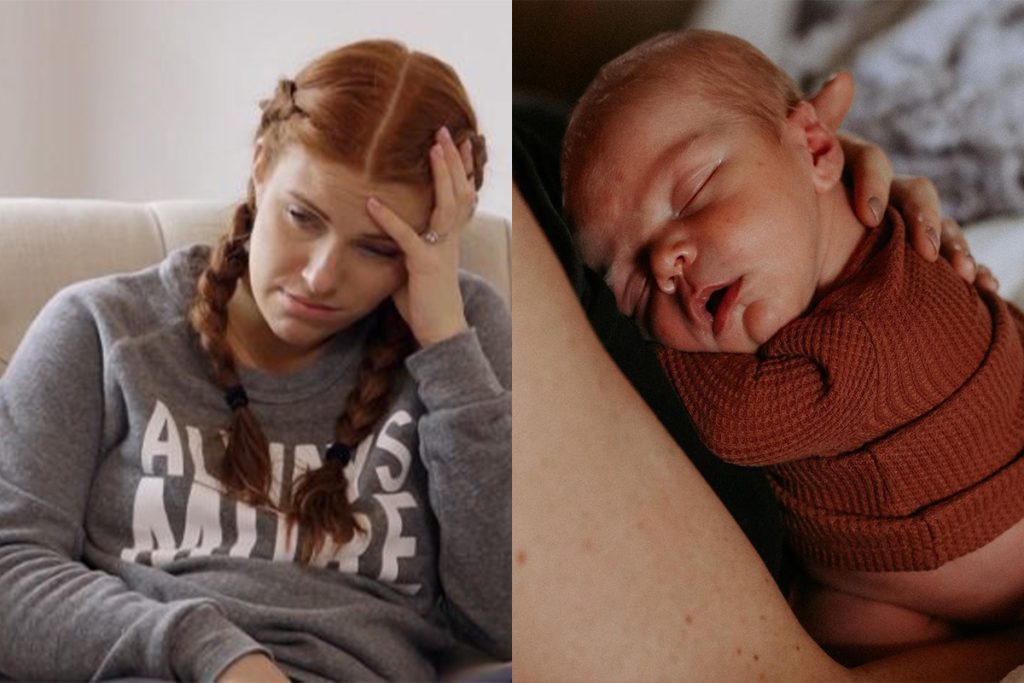 Audrey Roloff left the show Little People Big World years ago. Yet, LPBW fans keep an eye on all the former cast members. Despite not appearing on TV anymore, she gives everyone an insight into her life via Instagram. Mostly, her uploads are all about her kids and husband. However, fans don’t always receive her post nicely. Now, it looks like the mother is under fire again for allegedly doing something wrong. So, did she endanger her newborn baby’s life? Keep reading to find out the full story regarding this!

Audrey Roloff is not a TV star anymore, yet the LPBW fanbase keeps up with her on social media. On her profile, she shares many wholesome updates about her family of 5. Apart from this, the former celebrity is also a social media influencer and promotes tons of brands. As a result, she posted a picture of her newborn baby Radley laying on a fur blanket. Therefore, TV Season & Spoilers reports that followers began schooling and telling her how dangerous this was for the child.

Later on, many people on Reddit discussed the matter. Hence, a lot of commenters pointed out that a heavy blanket could cause a suffocation risk for babies. Moreover, they also tried raising awareness for Sudden infant death syndrome or SIDS. Apparently, as per the netizens, suffocation is one of the major causes of the said syndrome among newborns. Thus, a lot of them called the mother-of-3 for selling out her kid while promoting the blanket. Moreover, they also believe involving her son in this was quite “unnecessary”. Despite this, the Oregon native did not react to the concerns.

A while ago, another act by a Roloff family member sent LPBW fans in a worrisome state. That’s because Jeremy Roloff was up to no good as well. Moreover, it happened when the former TV star posted an Instagram Story about starting an open fire in his yard. As predicted, fans took notice of this too and quickly trolled him for the same. Then, they explained that such incidents are capable of causing large fires and causing tons of deaths and property damage.

Eventually, some of the people from the fanbase also gave their suggestions about using a firepit to do such things in a “safe manner”. Additionally, another account made the observation that the celebrity

used “treated wood” in his fire. Then, they explained that such a thing is “unsafe” for the environment. Last but not least, the same post noted that Jeremy got a “burn ban” the previous year. It turns out it is an order that restricts people from “outdoor wood burning” and using “fireplaces”. Stay up to date with TV Season & Spoilers for more LPBW based updates.