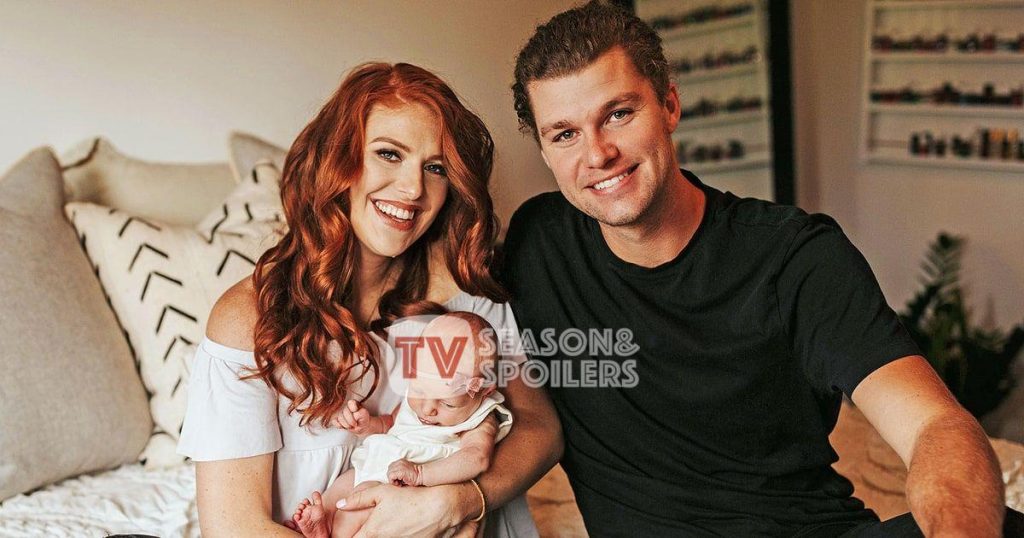 Audrey and Jeremy Roloff continue to be famous even after they don’t star in Little People Big World anymore. Moreover, all the avid LPBW fans who have seen the show for years like to keep up with them through social media. Lately, they became parents in November 2021 to a healthy baby boy, Radley. However, a new post on the mother’s Instagram reveals they are planning for more kids. Keep scrolling to get all the latest details about this.

Audrey and Jeremy were a significant part of LPBW for a few years. However, they ended up quitting the reality show as they wanted to build their brand and focus on raising their kids. Together, they have three kids so far, i.e., Ember (4), Bode (2), and the 5-month-old Radley. It seems like the couple has their mindset on expanding their family even more. Moreover, a new post on the famous mother’s Instagram ended up revealing that their newborn is five months old now. She talked about how Radley doesn’t have red hair. Then, the former LPBW star added, “maybe the next one” will be ginger.

Hence, TV Season & Spoilers reports that viewers began to shun the celebrity. First, they thought it was bizarre to have an obsession with her kids’ hair being red

. Later on, the statement about having more babies irked many as they believed the couple was doing so just to have one with ginger hair. As a result, fans were disappointed in the couple for focusing so much on the child’s physical appearance instead of loving him unconditionally. Moreover, they also made the observation that it has only been five months since Audrey gave birth. Hence, it would be too soon to plan for another child. Yet, neither of the ex-TV stars have reacted to this matter yet.

LPBW: Audrey & Jeremy Talk About Being Parents Once Again?

Before this, the infamous couple gave confirmation of expanding their family again. It turns out that the former likes to interact with her audience and hosted an Ask Anything session for her. As a result, a follower wanted to find out whether the parents have an interest in becoming parents once again. Without hesitation, the young mother ended up saying, “we do”. So, Audrey and Jeremy are already planning to have a 4th baby. Hence, viewers took to Reddit to talk about this statement.

Some of them believe the couple earns the most through baby-related content. After all, they are social media influencers too and promote a lot of brands on their Instagram. Hence, a comment said they only have an interest in making money by having more kids. Therefore, the fanbase began shunning the couple for this theory and again suggested they should slow down. Like all other times, neither the famous mother nor the father has reacted to this matter. Keep checking TV Season & Spoilers for more such LPBW related news.