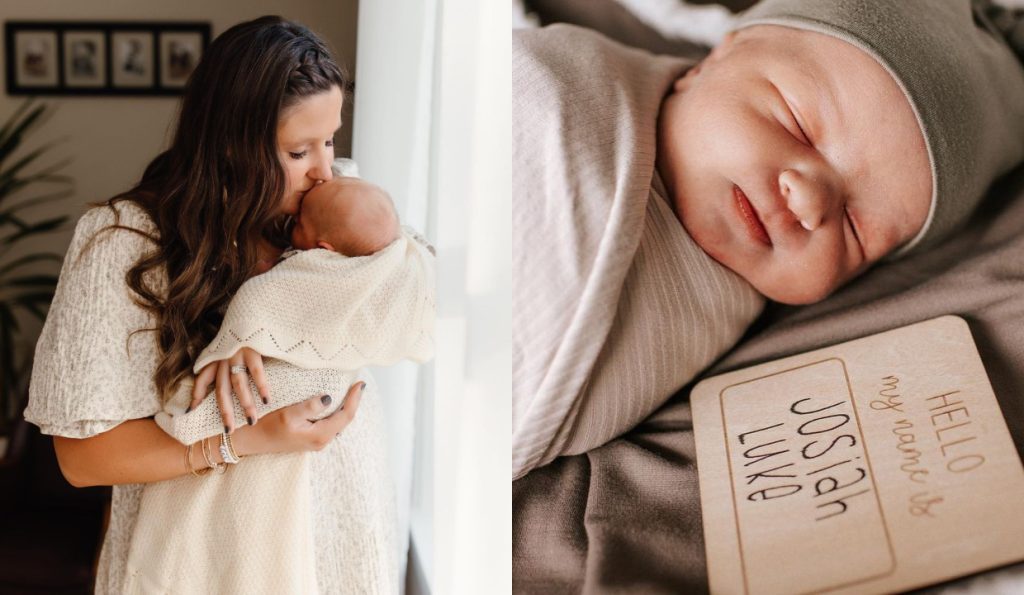 LPBW: Baby Josiah Falls Sick On Halloween! Is He Okay?

Tori and Zach Roloff have too much going on in their life. They are getting ready for the premiere of the latest season of Little People Big World. Apart from this, they are now responsible for looking after three kids. Hence, there is never a dull moment in their house, and things remain lively as ever in the presence of Jackson, Lilah, and Josiah. However, something bad happened to the newborn. Unfortunately, it was around the time the LPBW family was celebrating Halloween together. So, is the baby okay now? Keep reading to know more.

Josiah Roloff has become the heart and soul of the Roloff Household. The LPBW stars and parents, Zach and Tori, love their baby. In fact, his siblings, Jackson and Lilah, are also embracing the responsibility of being his big sister and big brother. Together, all five Little People Big World castm ates ended up celebrating Halloween together. While Jackson became a firefighter

, his sister Lilah was a cow. Their baby brother, Josiah, wore an adorable pumpkin outfit for Halloween 2022.

Unfortunately, things weren’t very lively for the Roloffs during the celebration. That’s because Tori took to her Instagram stories to reveal that her newborn baby fell ill during their Halloween night. Apparently, Josiah had a double ear infection during his first spooky season celebration. However, Tori shared the good news, too, by saying that her youngest son “rallied” after all. Hence, all was good, and the little one seemed to be recovering well. The young cast member of Little People Big World looked unbothered and quite happy as he posed for the camera. Fans gushed at his cuteness through the comments section and wished the family.

LPBW: Baby Josiah’s Birth To Feature On The Premiere Episode Of The New Season!

Tori and Zach Roloff revealed the news of their pregnancy a year from now. It was a special moment for the LPBW couple as it was their rainbow baby. Alas, they underwent the sorrow of having a miscarriage in the same year. Hence, Tori’s third pregnancy was an emotional rollercoaster ride for her. That’s because the Roloffs were celebrating joy while being aware of the pain. Zach even did an “empathy workout” with some watermelon weight on him. He did so to know what his wife had been experiencing during the pregnancy phase. The new promo for the upcoming season revealed that her birth would become part of the first episode.

The first clip was of Zach in hospital gear, saying that he was very excited. Apparently, the camera crew had permission to shoot from the operation theatre. Hence, fans will get an up close and personal look into Tori Roloff’s birth. She appeared quite worried in the beginning and said, “oh my god”. However, she was put to ease after getting a glimpse of her baby right after the doctor pulled him out of her. Fans remain excited to witness this special moment in the series. Keep checking TV Season & Spoilers

of all the exciting Little People Big World updates.