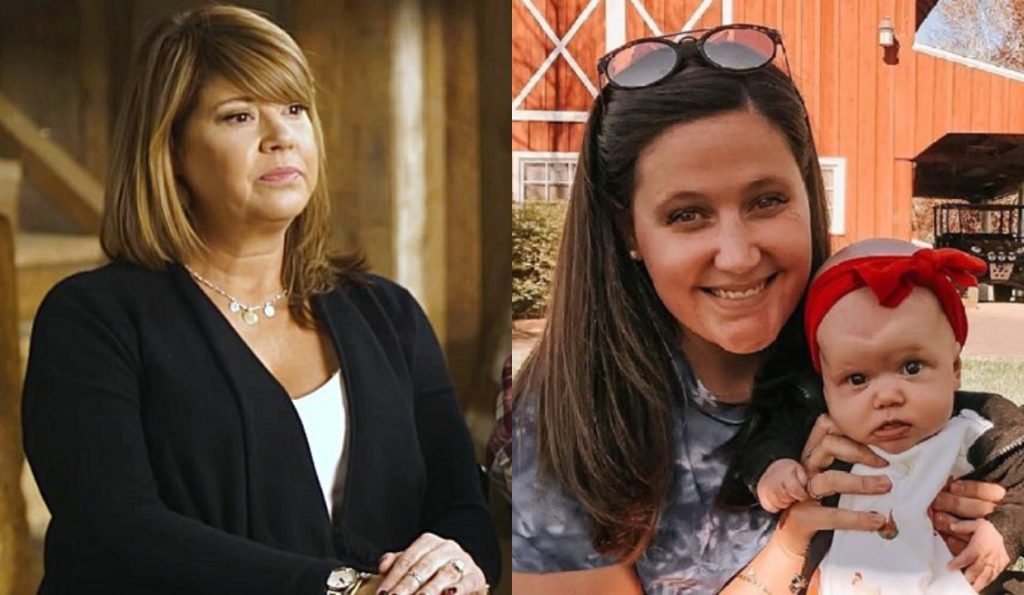 As Little People Big World is running its 23rd season at full throttle, a lot of relationship dynamics have changed. It is due to Matt and Zach Roloff’s relationship deteriorating over their Roloff Farms deal not falling into place. Due to this, the latter’s wife, Tori, and the former’s girlfriend, Caryn Chandler, are also not on good terms with one another. In fact, the recent LPBW episode had the infamous partner saying she would go to Arizona instead of attending Lilah’s birthday party. Keep reading to know more details about this.

LPBW: Caryn Has Other Plans Instead Of Going To Lilah’s Birthday, Avoiding Zach & Tori?

Ever since Matt and Zach Roloff got into a fight with one another, things aren’t the same on Little People Big World. Clearly, they are still grudges. Now the LPBW star and his wife Tori have moved into their Washington home and begun their life as per the new episodes. In fact, there were discussions about Lilah’s second birthday bash in the recent LPBW episode. While Matt and Caryn talked about it, they were wrapping gifts for the little one. However, Chandler came clear about not going to the party despite the invitation.

It turns out the little one’s birthday falls very close to the Thanksgiving weekend. Therefore, Caryn and her daughter had plans to go to Arizona. While defending her decision to fly out, she stated that one needs to make compromises with blended families. That’s because you can’t be at “two places” at the same time. However, LPBW viewers feel it could be a way for the star to avoid Zach and Tori and their new home. But, these are merely speculations on the internet, and no cast member gave confirmation on this.

However, Caryn will end up going to the party after all. Apparently, she and Matt work things out to make time for little Lilah. As a result, she was present at the birthday party, as evident in the upcoming episode’s promo. However, parents, Zach and Tori don’t look happy about this.

When Zach Roloff spoke up to the camera about his farm feud with his father, Matt, he made one thing specific. Apparently, he didn’t like or understand what Caryn Chandler was doing at the meeting. That’s because she is not yet family and had a lot to say about the father-son farm deal. In fact, the 32-year-old stated that there were things his father should have told him, but his girlfriend had the reins. Moreover, LPBW fans were in support of Zach and called Caryn out too.

So, a lot of people from the Little People Big World fanbase feel Zach and Tori are more upset with Caryn than they are with Matt. That’s because they saw something particular in the latest episodes. Although the couple didn’t visit the farm during the Pumpkin Patch season, they did go on the last day. While the both of them sat with Matt to have the bare minimum conversation, they talked of going home once Caryn joined the table. Thus, fans found it fishy and are of the view that they have presumably been avoiding Caryn too. Keep checking TV Season & Spoilers for more such LPBW news.