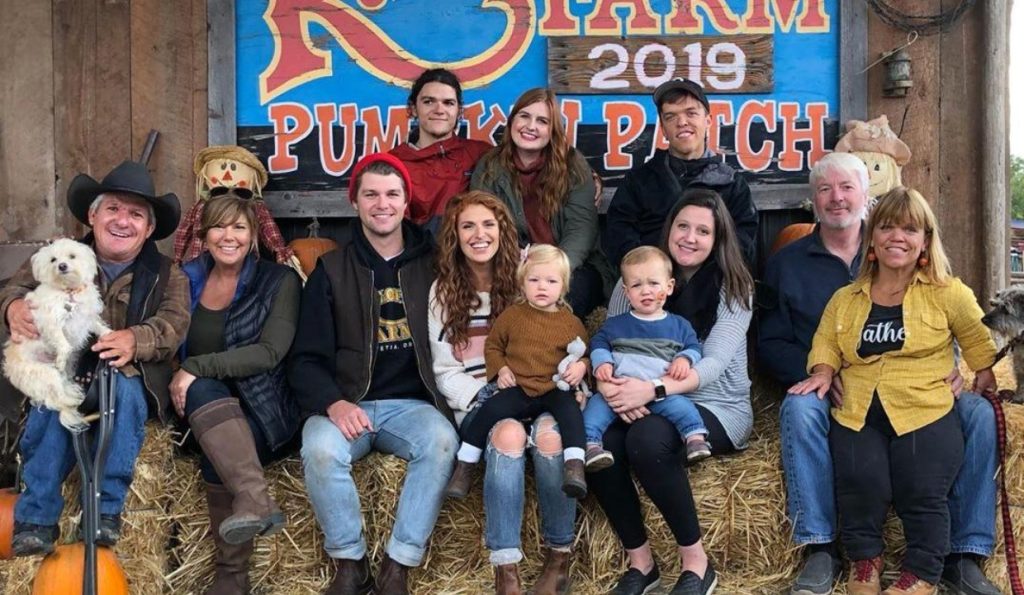 Little People Big World star Matt Roloff has stirred the pot a lot since he began changes in terms of Roloff Farms’ future. Two of his sons, Jeremy and Zach, were denied the opportunity to live on the farm. The LPBW twins had dreamed of this future, and it wasn’t their fate. Since then, the family fell apart, and they began to distance themselves from the patriarch. However, things are different now. That’s because all the Roloff family members were together last weekend in Arizona for a special day. It was great grandpa Ron’s memorial. Keep reading to know how that went.

LPBW: Family Puts An End To The Farm Feud After Uniting At Grandpa Ron’s Memorial?

As mentioned above, the future of Roloff Farms caused a lot of strains among the family members. However, the LPBW fans keep hoping that everyone will put the feud behind them and reunite in the future. The possibility of this occurred last weekend. That’s because all the Roloffs were in Arizona together to pay their respects. Matt had announced a few months ago about the passing of his father, Ron Roloff. Hence, he organized a memorial service for the same in Arizona. But, the future still seems bleak when it comes to reconciliation.

Instead of posing together during the reunion, mothers Tori and Audrey Roloff put up pictures of their babies from the memorial. Most of them, i.e., Ember, Bode, Jackson, and Lilah, were sitting together at a table and coloring away in joy. This made it obvious that there are still strains in the LPBW family. The family is all for their kids getting along with one another. However, they refuse to do the same. Prior to this, they only spend time together for big events like birthdays. Chances are that they will post pictures of the memorial as a family in the future. But none of them did so during the memorial.

Amy Roloff is the only Little People Big World castmate who constantly pays attention to the fans. She loves to interact with them when her show is on air. Hence, she would host live sessions to know how the audience feels about the new season and the cast. In one of her last sessions, someone wanted to know about the bond shared by Zach and Jeremy. Both of them used to be close to one another when they starred in the show. This was five years ago. After that, Jeremy and Audrey both left the series to pursue other things. Amy mentioned to the audience that there is distancing between both her sons’ families.

She mentioned that they don’t get along and meet up on a random basis. It only happens when they have to be present for a big event. One instance of this is Amy’s wedding ceremony with Chris Marek and later on her 60th birthday. Hence, the matriarch wished for her sons to bridge the gap between the two as they share a common loss now. That’s because Matt Roloff denied them the opportunity to live on the farm. But it is too soon to tell how things will shape up. Keep an eye on TV Season & Spoilers for the latest LPBW updates.