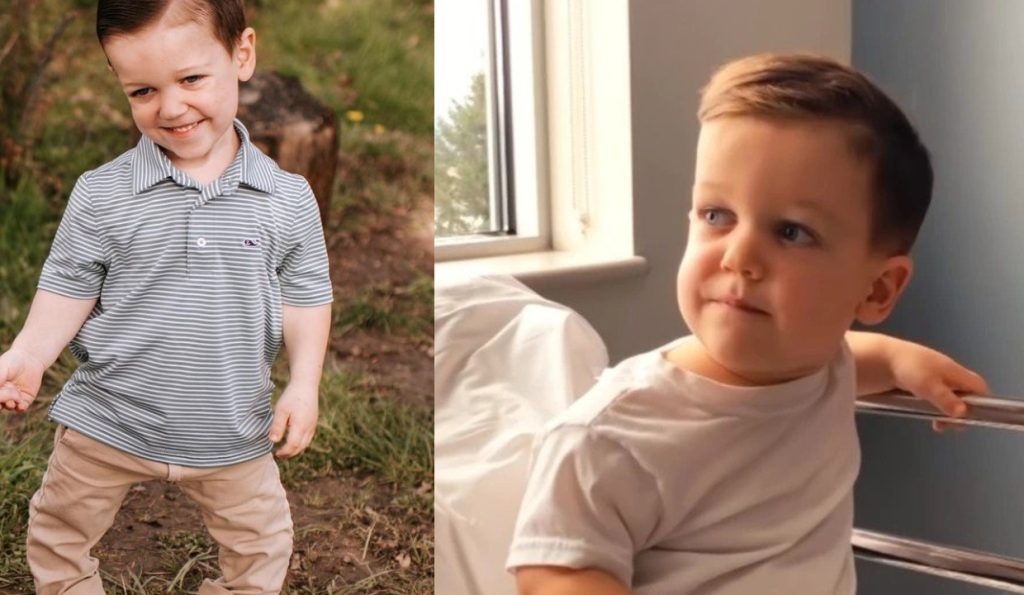 We all know that the show LPBW centers around the lives of dwarfs. The patriarch of the Roloff family, Matt Roloff, has dwarfism. Zach Roloff, however, got it from his father. Just like it, little Jackson also got dwarfism from his dad. Due to his disorder, doctors suggested leg surgery as his legs could not handle his body pressure. And we all saw how bravely he got his surgery done. However, Jackson was just four when he had his surgery. As a result, LPBW viewers felt anxious watching their tiny cast member go through something grueling and intense. However, it’s been more than a year since his operation, and his legs look even more bowed. Did his leg surgery fail? Let’s find out.

On January 4, LPBW fans took to Reddit to express their concern about Jackson’s bowed legs. Fans believe that even after having leg surgery, Jackson’s legs seem to be more bowed. On Redditor wrote, “Jackson’s legs, after surgery, do they look more bowed after surgery?” However, others immediately jumped to the comment section to express their thought on it. One fan said that Tori made a wrong call with her son’s leg. Even though doctors suggested more invasive surgery, she disagreed, risking his little one’s health. She opted for the least invasive one, and the rest is history. They fear that his ankle will crack. The Reddit comment said that the LPBW young star doesn’t deserve to live with such complications. However, fans are also doubtful if the operation is done right.

Apart from blaming the mother of three for taking the wrong call, there were few fans who got her back. Fans said that even though it looks terrible, as Jackson will grow, the surgery will work. Someone even compared Jackson’s case with Terra Jolie’s son Greyson from Little Women LA. The said that he also had the same surgery and used to look exactly like Jackson used to look after surgery. However, fans believe that the surgery is intended to work as the legs grow. Tori has stated that it will take even longer for him as he grows at a very slow pace. Viewers hope that Jackson grows well so that the surgery works properly.

LPBW: All About Jackson’s Leg Surgery

The 5-year-old was born with achondroplasia, a kind of dwarfism resulting in bowed legs because of their reduced stature. Jackson’s legs have been curved outward for some time, and Zach and Tori had been talking to experts to examine his health. But in November 2021, the LPBW couple decided that Jackson should have a less painful procedure to address the bowing in his legs. Hemiepiphysiodesis, often known as guided plate growth surgery, is the name of the treatment. Additionally, it states that there is no treatment or prevention for the illness. However, the operation Jackson underwent can help when spinal issues are present. In hemiepiphysiodesis, a titanium plate is affixed to one side of the bone by making a tiny incision into the growth plate.

As a result, the shorter side of the leg will have time to catch up, while the longer part will momentarily cease developing. Children typically get this procedure, so they have room to grow and can eventually have the bowing fixed. Many LPBW viewers saw Jackson undergo outpatient treatment and leave the operating room after two hours. However, after the surgery, Jackson was given medication to ease the pain and suggested using a walker to help him get back on his feet again. Tori continued to give updates on Jackson’s health after that on her social media. The viewers also witnessed little progress after his operation. However, it will take a little more time for Jackson to stand confidently, we hope that everything goes well. Although, we promise to keep you updated with all the lasted news about Jackson’s health. Till then, keep coming back to TV Season & Spoilers