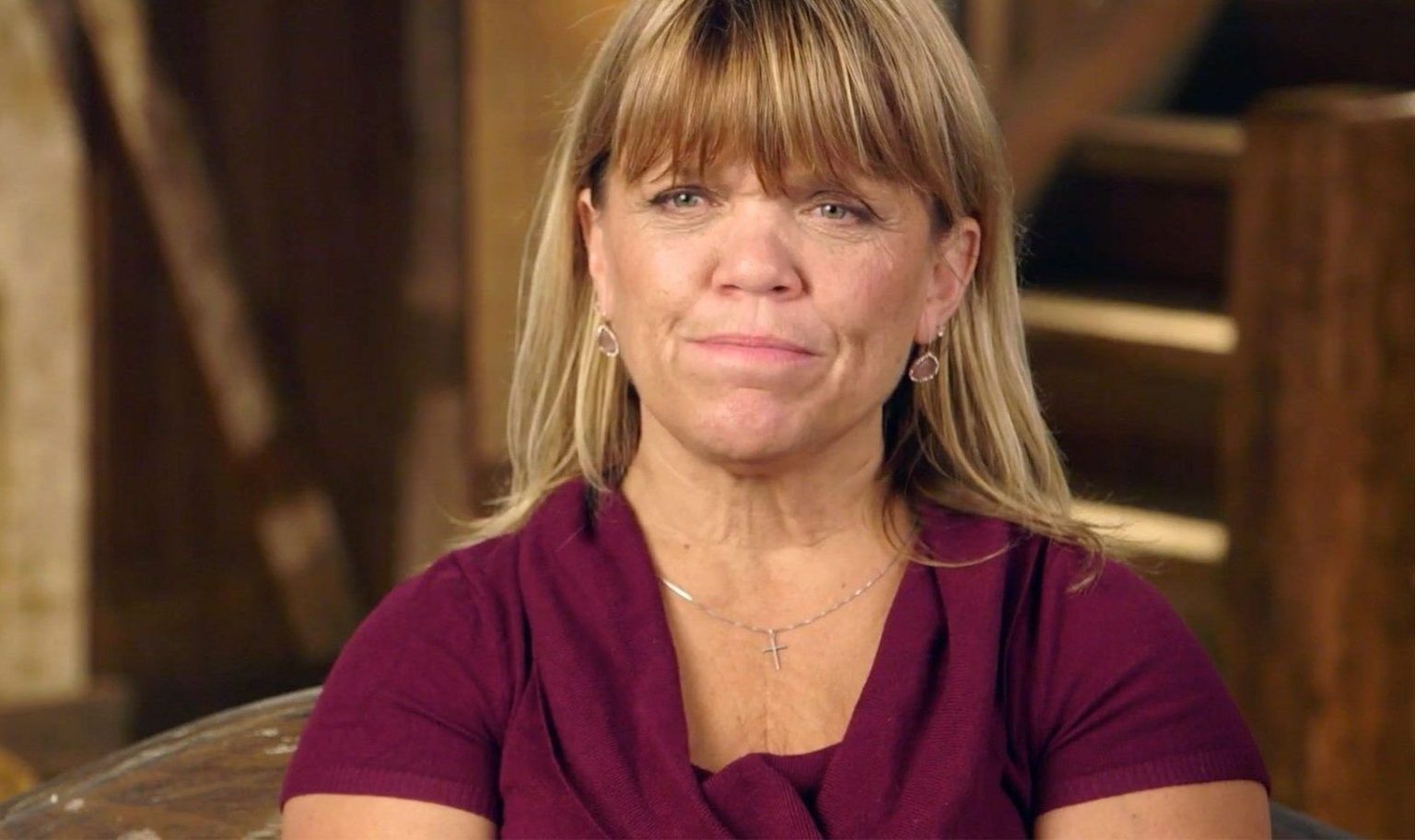 LPBW: Fans Worried For Amy Roloff As She Says She Feels “Anxious” & “Hesitant”

The LPBW star, Amy Roloff, has been an integral part of the show for a long time. Since she got separated from Matt and tied the knot with her now husband, Chris Marek, she has become the center of attention. However, Amy and Chris share an adorable bond, which fans enjoy watching. They got married in August in the presence of their family at the Roloff farm. Since then, Amy and Chris’ romantic moments on Instragam kept fans more connected to them. However, Amy’s recent New Year post seems to worry her fans. What does her new post suggest? Let’s find out.

On January 1, the first day of 2023, Amy Roloff uploaded several pictures on her Instagram that raised concern among the fans. The LPBW star Amy Roloff posted a picture of her and her husband, Chris Marek. The couple is kissing while holding a “Happy New Year” frame in the photo. Amy also added a hilarious picture of Chris and her grinning as she appears to be downing a huge bottle of champagne. However, without any doubt, the Little People Big World couple looks adorable in the pictures. But what worried the fans was the lengthy caption that Amy wrote. Her caption starts by wishing her follower’s happy new year. She hopes that things are going well with everyone. Amy then gushed about her wonderful spouse while thinking about 2022 and what 2023 would bring.

Further, she added several questions that made her fans dwell. Amy mentioned feeling anxious and hesitant about the new year, and she wonders what 2023 will hold in store for her. Amy isn’t sure if she is ready or if she will be able to face the difficulties that will come along. However, she also asked if she would enjoy what the year has to offer. She continues to say that “the year will be what she makes it to be”. So, it will be positive. However, in the comment section, Amy’s fans appeared to be alarmed by all of her complaints. They asked her not to worry so much about the coming year, one fan said if Amy is fine with the situation, she should leave it alone. Moreover, they highlighted how she can shape her own destiny. However, on the other hand, most people told Amy she is fortunate to have Chris

and wished her a happy new year.

LPBW viewers got to watch Amy and Matt’s divorce come to play in some previous seasons. But the pair took a little longer to diverge from one another. After that, Amy wanted to date, but she felt self-conscious about her height. In Season 16, she also acknowledges to her friend that while she pondered dating once more, she had some concerns about her height. The LPBW matriarch noted that dating again after such a protracted marriage was rather difficult. But Amy returned to the game and attended a Paint and Sip singles event. Chris was also present, but they didn’t hit it off right away. They did, however, begin to bond as time went on. They dated for six years before getting hitched. But everyone adores and finds the duo to be charming. Well, recently, Amy had left Chris in the dark

It appears that their Christmas celebrations did not end on a good note. Recently, we saw Amy Roloff enjoy a special Christmas tradition with her friend Lisa living Chris alone at home. However, when Amy gets back home, she was surprised to see Chris seating in the dark with only the fireplace was lit. She later learns that the power has been cut for the last five hours. And hence, Chris prepared a beautiful surprise for her. She lit the candles and decorated the dining table for her. The couple had their romantic night surrounded by beautiful lights and romantic conversation. For all the latest LPBW updates, keep coming back to TV Season & Spoilers.