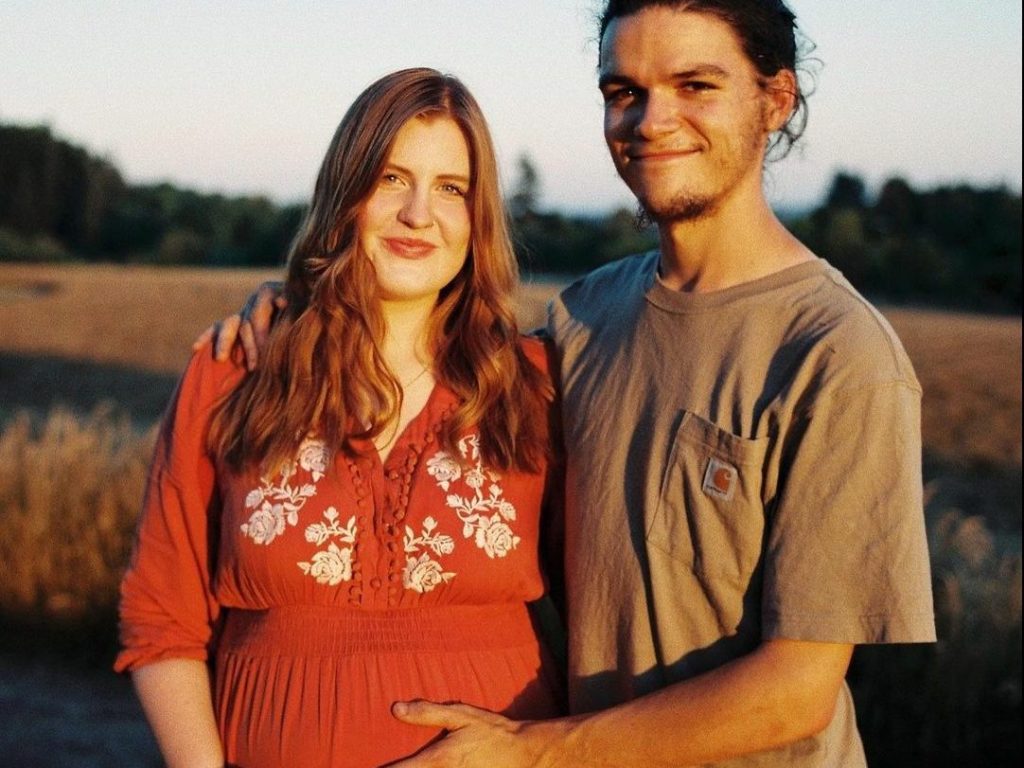 Former reality show stars Jacob and Isabel Roloff are on cloud nine lately. That’s because they became parents for the first time. The duo left Little People Big World years ago, but they still have an impact on all the fans. The LPBW couple welcomed a lovely baby boy into the world. Although they kept the news under wraps for a week, the Roloffs eventually shared the joy with the internet too.

Isabel also revealed that the name of the baby is Mateo Tomas Roloff. Many often wondered the reason behind the name with tons of speculations. Now, the young mother has finally set the record straight. Keep reading to know all about the little Roloff family member.

LPBW: Isabel Shows Off Lovely Gift For Her Son & Describes The Significance Of His Name!

Isabel Roloff is back on Instagram after a hiatus. Before delivering her baby, she bid goodbye to social media temporarily. During that time, she delivered a baby boy. As both she and her husband Jacob is known for maintaining a low profile on social media, they announced the birth a week later. Despite this, they haven’t revealed the face of the baby. Yet, the new mom has been giving all her followers wholesome baby-related updates. Now she made a post explaining the significance of her firstborn’s name. Earlier, the parents announced that they decided to name their baby Mateo Tomas Roloff.

Isabel showed off a lovely Christmas tree ornament while stating that her friend had gifted it. The special thing about the ornament was that it contained her little one’s full name. Thereafter, Isabel talked about the meaning behind the name. TV Season & Spoilers reports that she disclosed that she had fallen in love with the name ‘Mateo’ years ago. Once she met Jacob, she expressed that she would love to name their baby boy that in the future. The fact that it matched Jacob’s father Matt’s name was a mere coincidence. After all, Mateo is the Spanish variant of the name Matthew.

Later on, the couple looked up the name online and realized it meant ‘god’s gift’. Hence, they found the name to be extremely fitting to the circumstance. The mother of 1 also shed light on the middle name ‘Tomas’. She emphasized that they chose it to honor her brother who had the same name. Unfornutanly, the Rolff family member lost her sibling when he was 25. A few months ago, TV Season & Spoilers had exclusively predicted that the baby’s name would have a connection to the ex-TV star’s brother. It is also a tribute to her “Chilean roots.”

Before Mateo Thomas came into the world, Jacob and Isabel had made sure to tell the audience about not revealing much about him. Both the parents have been against the idea of a ‘face reveal’ for the baby. They have been quite upfront about it on social media and claim they are doing so for his privacy

. This upset a lot of fans as they were pretty excited to meet the little one virtually.

However, Isabel did share a picture of the baby’s tiny hand on her social media post. Earlier the pregnant celebrity expressed that parenthood will be a new journey for the couple. Hence, they are not making any permanent decisions. There are chances that they will end up changing their mind in the coming future. Until then, stay tuned to TV Season & Spoilers for more LPBW updates.