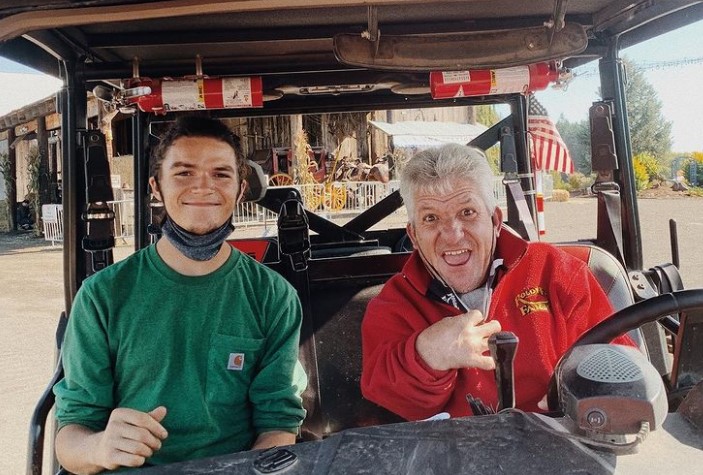 LPBW: Jacob To Take Over Family Farm & Use It For Pot Cultivation?

Former Little People Big World star Jacob Roloff has been on cloud nine lately. That’s because his father, LPBW celeb Matt Roloff, has been showing him a whole lot of love recently. It all began from his 25th birthday celebration when the latter gifted him a sentimental yet lavish gift. Apart from this, speculations about the youngest son taking over the family farm are also at an all-time high now. But will Jacob extend his empire by cultivating hemp in it? Keep reading to know the full story!

The family history involving Roloff Farms has been quite intense. Although no family member has said anything on record, their posts hint at an alleged feud. Initially, Matt Roloff dreamed of giving away his farmland to all four of his kids to carry on his legacy. However, things took a drastic turn as all the Roloff siblings grew up. However, now it looks like Jacob Roloff remains the sole contender to take over the iconic farm. In fact, a Reddit post pointed out that he has been working in the said area for over six months! Moreover, his father, Matt Roloff, gave confirmation on it through Instagram.

Later on, the same comment wondered whether Jacob would start growing legalized hemp in the area. That’s because the former child star was doing something similar when he was living in Bend, Oregon. Therefore, the Reddit post talked of the possibility of Roloff farms cultivating pumpkin as well as legal pot. However, other accounts gave the argument that the family patriarch would never “sign off” on such a thing.

Then, there was another Redditor who shed light on interesting factors. They said the family “depends” on the Pumpkin season a lot. More so, it is “billed” as a family event too. Therefore, the person revealed that growing legal pot in the area would drive families away from touring there. As a result, a lot of other netizens supported this argument. However, these were merely speculations on the internet. No current or former LPBW has given verification on any such thing officially.

The farm feud amongst the Roloff has always been on the down-low. This means no family member has spoken up openly regarding the issue. Instead, they have dropped many hints through their social media. As mentioned above, Matt Roloff wanted to give his land to all four of his children

. Hence, there is speculation that he changed his mind when his kids grew up. Moreover, Jeremy Roloff took to his social media to confirm he is looking for farmland of his own to live with his family.

On the other hand, LPBW celebrity Tori Roloff also shed light on the matter in the same way. During her Instagram ask session, she gave the revelation that their dream to live on the farm didn’t disappear. However, she claimed that things don’t go according to plan sometimes. Therefore, they are enjoying their “little slice of heaven” in Washington. In fact, both Zach and Tori Roloff made the move in October 2021 and now reside in the new state. Hence, the viewers now believe that Jacob Roloff is the sole contender to take over the farm from his father. Keep checking TV Season & Spoilers for more such LPBW updates.