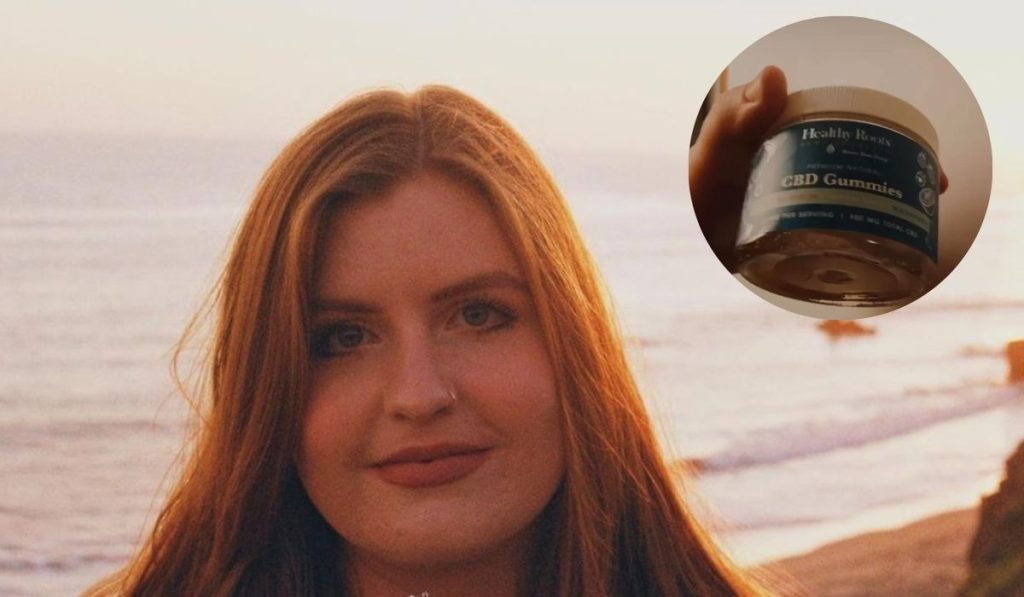 LPBW: Jacob’s Wife Isabel Selling W€€d-Infused Products As He Grows It On The Farm?

Jacob Roloff has always been Little People Big World’s lone wolf. He was quite young when he started appearing on TLC’s reality show alongside his family. However, he was one of the first ones to quit LPBW. Even today, unlike his brothers Jeremy and Zach, he doesn’t capitalize on his fame. Zach continues to be a part of the show, whereas Jeremy has achieved fame as a social media influencer. Meanwhile, Jacob is a straightforward, diligent individual. However, the work he does is quite controversial. The youngest Roloff sibling works to cultivate weed legally. At the same time, his wife is an influencer. Recently, she was seen promoting some brands. However, fans speculate that the product could have marijuana in it. Keep reading for more details.

Jacob has tried to keep his life a little more secretive ever since he left Little People Big World. Even though he frequently discusses his interests and career on social media, few people are aware of what his real employment involves. Well, for many TV viewers, his work is a bit problematic. This is because it’s believed that Jacob Roloff is engaged in the legal growing of hemp or marijuana. The TV personality also posts photos of the plant on his social media, where they frequently generate a lot of attention. He acknowledged that a lot of people are still getting jailed for what he was getting paid to do. The former LPBW star added that the plant that he has been for 10 years, is still criminalized.

Well, this was Jacob Roloff. Now let’s talk about his wife, Isabel Roloff. Unlike other Roloff daughters-in-law, Isabel has not made her debut in the show. However, she has gained a lot of popularity as Jacob’s wife. But what does she do for a living? Isabel Roloff, like her spouse Jacob, is a creative person. The LPBW couple’s website features her skills as a brilliant photographer, writer, musician, and vocalist. Although currently, she is an influencer and keeps herself engaged in promoting various products of different brands.

Izzy recently shared a product called “CBD Gummies”. One fan took it to Reddit and speculated it contained weeds in it. She captioned the story, “but they are CBD gummies and they can help with all sorts of things.” The moment one Redditor shared it, others jumped to the comment section. One said, “I wonder if these are a product from Jacob’s weed business?”. While the Redditor who shared the post cleared the doubt and replied, “It’s not from Jacob. It’s a company that sells a lot of products. A lot more than a 1 man grow business”. Even though it looks like Isabel could be selling infused products, that is not the case. However, fans are suggesting that Jacob should start a similar business since he is working in the field.

LPBW: Jacob Runs His Own Business

One member of this family that stands out from the rest is Jacob Roloff. The former Little People Big World star, along with his wife Isabel and son Mateo, seems to have a straightforward life. In actuality, he has undergone a significant transformation since last year. He did, however, become the first father of a lovely newborn boy. The family must have understood that they needed to get their financial act together because they now had a kid to take care of. Since 2021, Jacob has been assisting LPBW patriarch Matt Roloff with farm chores. It appears that Jacob now has his own company.

Jacob apparently used his social media accounts to advertise the Helvetia Herb and Garden Instagram profile. Additionally, Jacob is cultivating “organic cannabis” and “vegetables,” according to the profile for the same. LPBW supporters were thus quite interested in this. In actuality, they were previously aware of his dedication to work at Roloff Farms. This is due to the fact that Matt Roloff frequently praised his youngest son’s nearly flawless talents while he worked for Matt’s company. He also published articles about his work on his social media profiles. Stay tuned to TV Season & Spoilers for more exciting news updates