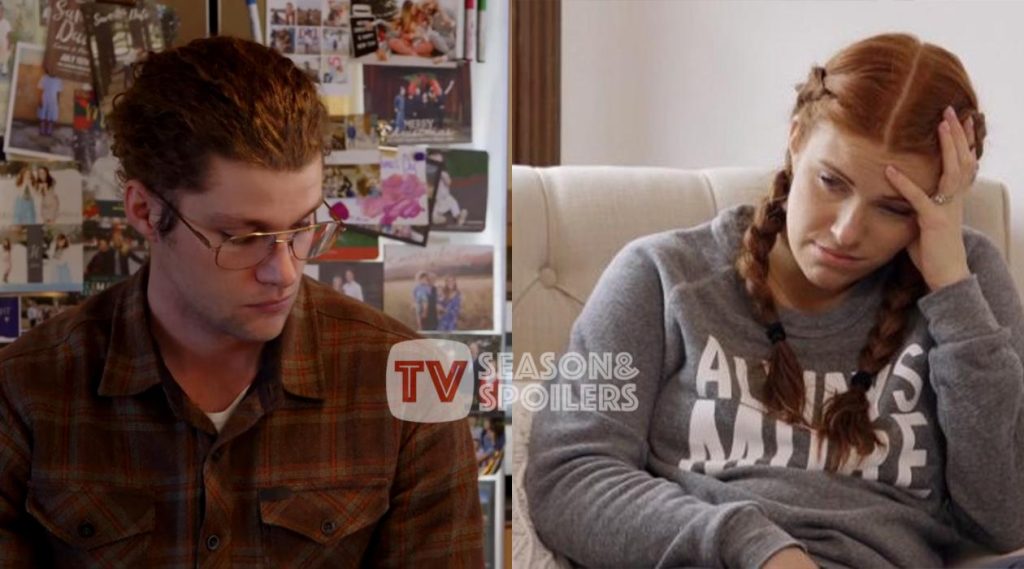 Jeremy and Audrey Roloff have been significant cast members in Little People Big World. Although they are not part of the show anymore, viewers have kept track of their moves on social media. Even if the couple thrives on their marriage and runs a brand focusing on healthy marital life, things don’t seem right to the LPBW fanbase. That’s because they have been caught faking their marriage on social media. So, is this true? Are they on the verge of splitting? Keep reading to get all the details on this!

LPBW: Jeremy Is Done With Audrey? Fans Predict Their Marriage Has Cracks!

Multiple posts on social media have been giving off bad vibes amidst LPBW couple Audrey and Jeremy Roloff. Lately, one more thing has been added to it. All the die-hard fans must know by now that the duo is into going on ‘date nights’ on a frequent basis. Moreover, they do it to keep the love alive in their marriage. However, something was off about Audrey Roloff’s new post. That’s because her partner just didn’t look like he wanted to be there. Hence, viewers began assuming they were “faking” their marriage.

Moreover, the man didn’t even smile while his wife captured him for her video. That’s when some people from the fandom took to Reddit to talk about the matter. As a result, they began believing things were not well between them both, which is evident. In fact, an account said that the LPBW star refused to take a sip even after their “fake cheers”. Moreover, his wife giggled in the background, and they called the influencer culture “bizarre”.

Then, another commenter stated that it isn’t hard to smile for a literal “second”. As per them, the twosome should either play along or get “divorced”. However, these are only speculations by people on social media as neither has officially shed light on this matter.

This isn’t the first time the fans sensed tension between Jeremy and Audrey. It looks like there was another incident where the mother-of-3 expressed her anger over her husband on social media. Apparently, she spilled some caffeine beverage inside his truck while going somewhere with the kids. As a result, her partner replied to her Instagram story by saying he was “mad”.

Then the Oregon native couldn’t help but stress how difficult it is to manage three kids by herself. Over this, her husband cares more about his truck than her “caffeine necessities”. Due to this unexpected disclosure, the LPBW fanbase talked about how “embarrassing” it was for the couple to fight publicly. Moreover, some of them even predicted they would go their separate ways after a few years of marriage. Yet, neither of them talked of this incident further and stayed shut. Keep checking TV Season & Spoilers for more such reality TV news.