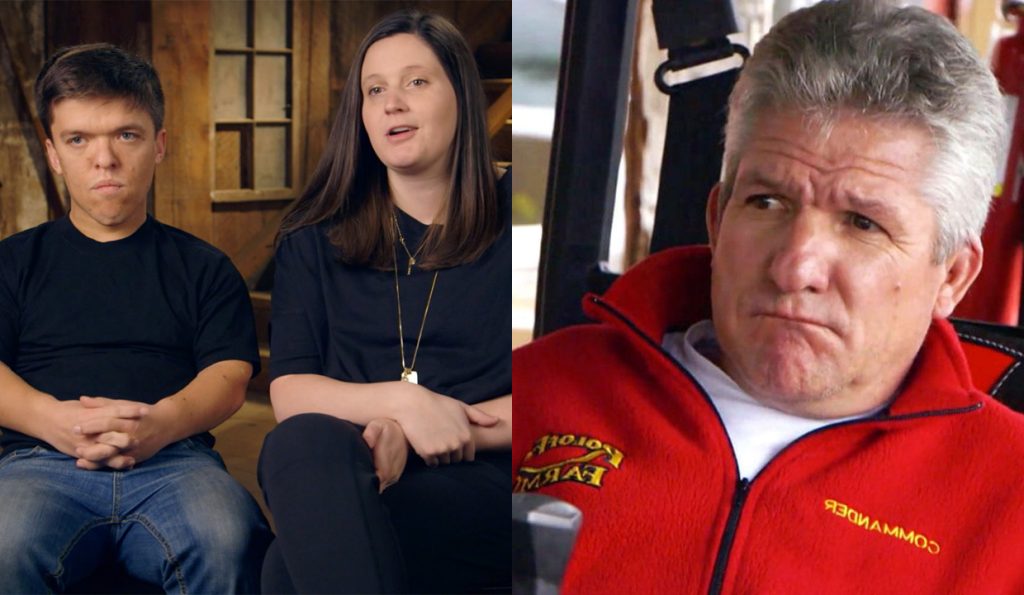 LPBW: Matt Makes Peace Offering With A GIFT For Zach & Tori! They Still Don’t Forgive Him?

The family feud going on between the Roloffs is finally coming into the limelight after Little People Big World Season 23. Apparently, Matt and Zach Roloff no longer see eye-to-eye after the former couldn’t buy a part of Roloff Farms. Although it’s been a long time since the famous son made the offer, he is still not letting bygones be bygones. Apparently, a new LPBW promo reveals that things are still very tense between the family members. Although Matt Roloff has been trying his best to make peace with his boy, it is not working out. Keep reading to know more details about this.

LPBW: Matt Roloff Takes A Lawn Mower For Zach & Tori As A Housewarming Gift! Are They Still Angry At Him?

The upcoming Little People Big World episode is going to have lots of interesting developments. Apparently, Matt Roloff is finally going to go to see Zach and Tori Roloff’s new house. As a result, fans remain eager as ever to know how things will go down between the two since their farm feud. As per a promo by EOnline, Matt is going to attempt to make peace with his son. In fact, he is going to do so with a housewarming gift, i.e., a lawn mower for their new Washington house. At first, Tori Roloff talks about getting out of their way as it is “Zach’s realm”.

At last, Zach also speaks up during his confessional. He states that the mower was “nice”. However, the young father is at a certain age where he can’t overlook the ways his father has made him upset. Therefore, he stated that the matters between them are still tense. Despite this, the 32-year-old took the humble approach to showing off the new house to his dad. Although Matt Roloff got very excited to see the place

and also got to listen about his son’s new projects, there was still an awkward aura between the two.

LPBW: Matt Roloff Wishes His Son Would Forgive Him! Admits Being An A** To Him!

Speaking of the awkward aura, it was still present between Zach and Matt during their pumpkin patch visit. Earlier the LPBW star would assist his father during the month-long event by posing as the tour guide. However, he didn’t partake and came to the farm on the last day. Therefore, fans could tell that things weren’t still okay between the father-son duo. Even if they were having a conversation, Matt was the one who had to make the most effort. On the other hand, Zach was only answering the things his father was asking, keeping it a bare minimum.

At last, Litle People Big World star Matt Roloff expressed himself in his confessional. Apparently, he could sense the awkward aura too. As a result, he hoped that Zach and Tori would find it in their “hearts” to forgive him one day for being “an a**”. Moreover, the star was also willing to wait patiently, so the couple takes all the time they need to make their peace with things not going their way. In fact, the fanbase has also been hoping that both of them should make peace soon. Keep checking TV Season & Spoilers for more such LPBW news.