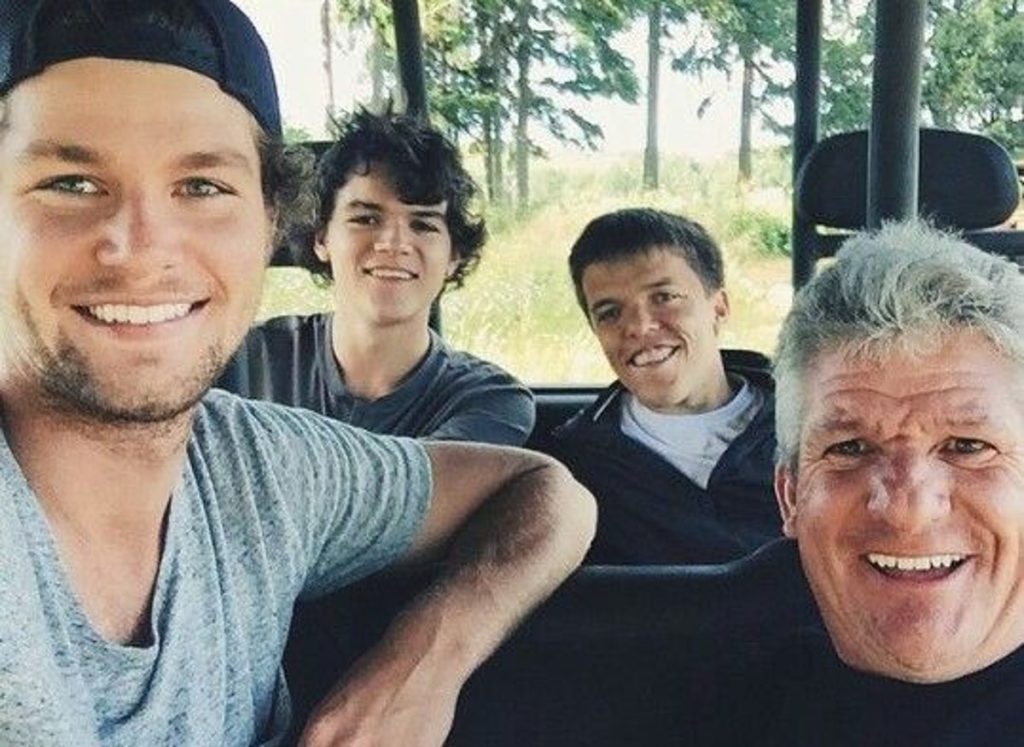 LPBW: Matt Roloff Finally Ready To Share The Farm With ALL FOUR Of His Kids, Wants Peace!

Matt Roloff and his farm have been the talk of the town for a long time. His journey on Little People Big World began when his family of six was living on the farm together. As time passed, all his kids turned into adults and moved away. While they all collectively dreamed of staying on the farm together, it didn’t happen. Well, the LPBW patriarch, Matt, rejected his sons Jeremy and Zach by saying the farm won’t be a good fit for them. After having no luck after putting it on sale, the star made up his mind about making it into an Airbnb. Now the star is saying that he wants all four of his children to share the family property! Does this mean that the Roloff farm feud has come to an end? Keep reading further for the answers to your queries!

LPBW: Matt Roloff Wants To Make Peace With His Kids! Wants Them To Share The Farm Again

Matt Roloff has been showcasing his life on the farm for 16 years now. TLC’s Little People Big World has captured most of his adventures on the show. As mentioned above, there has been a feud going on in the family based on the patriarch’s decision of what to do with the farm. Currently, he has settled on converting it into an Airbnb. As per, TheSun, he wants the renters to look at the property as his “labor of love”. Apart from this, the LPBW star also wants them to get a taste of the farm and enjoy it by staying in it. Yet, Matt has gone back to dreaming the dream that all four of his kids, i.e., Zach, Jeremy, Molly, and Jacob, will together own this 109-acre property.

While talking more about this, Matt revealed that he wanted a way for all four Roloff siblings to figure out a way to “share” the farm. Now that the property is a rental, the star believes they can do it. He says the property is shared now because his children can “block out” time within weeks or days to have their chance to live there. While talking about Zach and Tori, Matt mentioned that he still doesn’t know how they feel about the “new arrangement”. That’s because they have their whole life in Battleground, Washington, including their lavish new home

. Matt was calling it their “project”.

Matt Roloff also went on to explain what other plans he has for his rental. He wished for the guests to get involved in farm work to get the “feel” of Roloff Farms. The star will let the rentees utilize his mower on the property for that. Apart from this, his ex, Amy Roloff, has a knack for cooking and has also released multiple cookbooks under her name. Moreover, she also tends to share her favorite recipes with the audience on social media. It was her idea to offer cooking classes to the guests who would be enjoying their stay in the big house. While Matt slept on this idea when Amy first told him, he got back to it.

Hence, it is a high possibility that Amy will be ready to greet the guests and guide them with a cooking class within the Roloff rental. Even the LPBW star, Matt, seems excited about the possibility. It turns out that Amy’s current husband, Chris, suggested her to put her cooking skills to use in this unique way. The patriarch also mentioned that the idea of starting a rental was originally Amy’s. However, there are no hard feelings between them anymore, and the latter has been glad that Matt finally came around to do it. But will the Roloff siblings unite after these new changes? Well, none of them have commented about this yet. So, only time will tell. Until then, keep coming back to TV Season & Spoilers for more reality TV show updates.