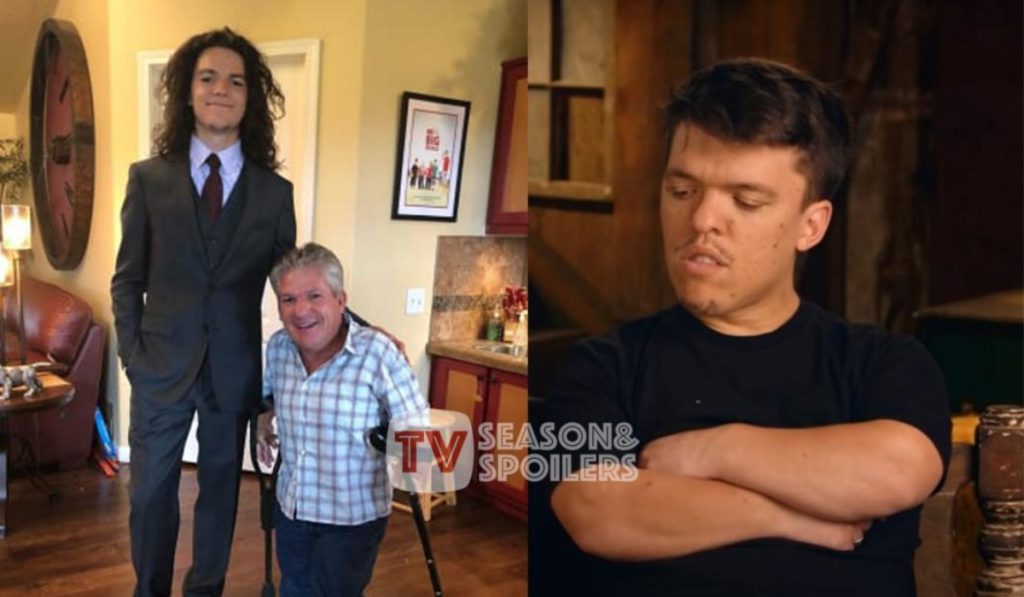 Matt Roloff from Little People Big World has achieved a lot of things by now. At first, the LPBW star was a successful farmer before becoming a celebrity. Unfortunately, his most prized possession, i.e., the Roloff Farms, has been causing a rift between his family members. Now, the man took to his social media to give a glimpse of someone who could potentially be the farmland heir. So, who is it? Did he do so to taunt his son, Zach Roloff, after their feud in the Season 23 teaser? Keep reading to know all about it.

LPBW: Matt Roloff Spends Time With Jacob & Isabel, Making Them Take Over The Farm Instead Of Zach?

The LPBW fanbase has been sensing the tension between Matt and Zach Roloff for a long time. Moreover, they now have proof for the same as the new teaser for the upcoming season ended up revealing that a farm feud is on the way. Therefore, viewers now know Zach wasn’t able to buy a part of the farm just like his twin brother, Jeremy Roloff. As a result, they remain curious about who the patriarch will end up choosing to carry on his legacy.

Well, it seems like the LPBW has hinted at this through a new post on his Instagram. It turns out that he took his youngest son, Jacob, his wife Isabel, and son Mateo over for dinner. Interestingly, the family head’s caption also said they “work” hard. In fact, all avid fans must know by now that the 25-year-old has been working with his dad again on the farm. Therefore, viewers feel he will become the one to carry on his name in the future.

As the new LPBW Season 23 teaser has revealed Matt’s feud with Zach, viewers also believe it was his way of mocking his other son. Well, there is no confirmation about that as he didn’t name names while making this post. However, fans speculate it was painfully obvious.

LPBW: Zach Accuses Matt Of Making Money Off His Family!

A brand new snippet from Little People Big World Season 23 has given more hints about the reason why Matt and Zach Roloff are in a feud. During the first look, the Roloff patriarch stated that Zach’s deal didn’t go through. Now, the 31-year-old stated that he came with an offer for the north side of the farm to Matt. However, the latter didn’t look so pleased about it as he stated his son was making “demands” instead of negotiating.

On the other hand, the young LPBW star, Zach, argued that his father wants to “make money” off his family instead of letting him carry on the legacy. Hence, viewers speculated that the famous father didn’t let his son have a piece of the farm at a price convenient to Zach and Tori. However, there is no confirmation about this, only speculations. Thus, viewers will have to wait a bit more to get the full picture in the upcoming season. Until then, stay tuned to TV Season & Spoilers for more such LPBW based news.