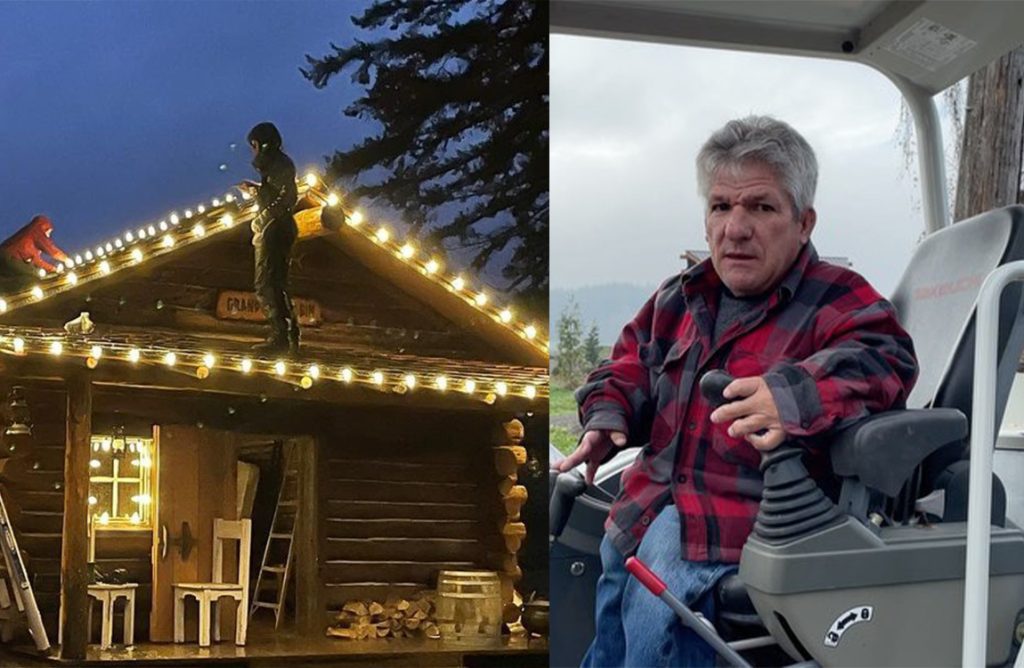 LPBW: Matt Roloff Gets His Farm Ready For Christmas! Plans Get Together With All Family Members Including 7-GRANDKIDS!

Matt Roloff is back to the grind! The noted Little People Big World star had been quite busy lately. Looks like, during the festive season, he was catching up with his extended family. Now, he is back on his farm and working hard on some exciting projects. The LPBW star’s farm known as Roloff Farms has been a major highlight in the entire reality show. Hence, fans remain excited to know what’s going on in there. So what is Matt building now? Keep scrolling to know all the latest details!

It has indeed been a very busy year for LPBW star Matt Roloff. It all started in October when more than half of his extended family was busy with Pumpkin patch season. Later on, he got busy with Thanksgiving and met up with the rest of his family. This included his girlfriend Caryn’s family in Arizona. As a result, he wasn’t finding time to work on his iconic farm. Now that Christmas is near, the cast member aims to work on his farm to get it ready for the festival.

Matt revealed important details about his upcoming projects on his Instagram handle. The TLC star mentioned returning from Arizona after the holidays. In a video, he showed a new shed that he built. Later on, he spoke of bringing electricity over there. TV Season & Spoilers points out that the LPBW family patriarch explained he is building trenches near the shed to connect it to a power source. Eventually, he wants to make a “commercial well”. Moreso, the TV star aims to construct a pumphouse for better irrigation in his 100-acre farm.

In his caption, the cast member talked of meeting all his grandkids. Matt emphasized that he was waiting for Jackson to recover from his leg surgery so he could show him around the farm and the new projects. The eldest Roloff family member also included a clip of operating an excavator. He dug trenches on the ground via it.

LPBW: Matt To Build A Dreamhouse For Him & Caryn On The Farm

Before this, Matt Roloff has often talked of having a separate property on Roloff farms for him and his girlfriend, Caryn Chandler. In the last season, he was ready to start construction for the same. However, he had to put his plans on hold due to his ex-wife Amy Roloff. It turns out Amy got married on the farm this year with long-time beau Chris Marek. It took place in August. Hence the ex-wife suggested that Matt pauses the construction for his new house

as it would bother the wedding guests.

After that, the celebrity gave no further updates about his housing project. However, he did post a picture from inside a barn-like setting a few days ago. Although he didn’t mention the dreamhouse, Roloff did say he celebrated in the area with his friends and family. Furthermore, his partner, Caryn Chandler, decorated the place too. After seeing the couple jointly working on the newly constructed structure, fans speculated that it was a part of their farmhouse. Keep reading news on TV Season & Spoilers for more LPBW updates.