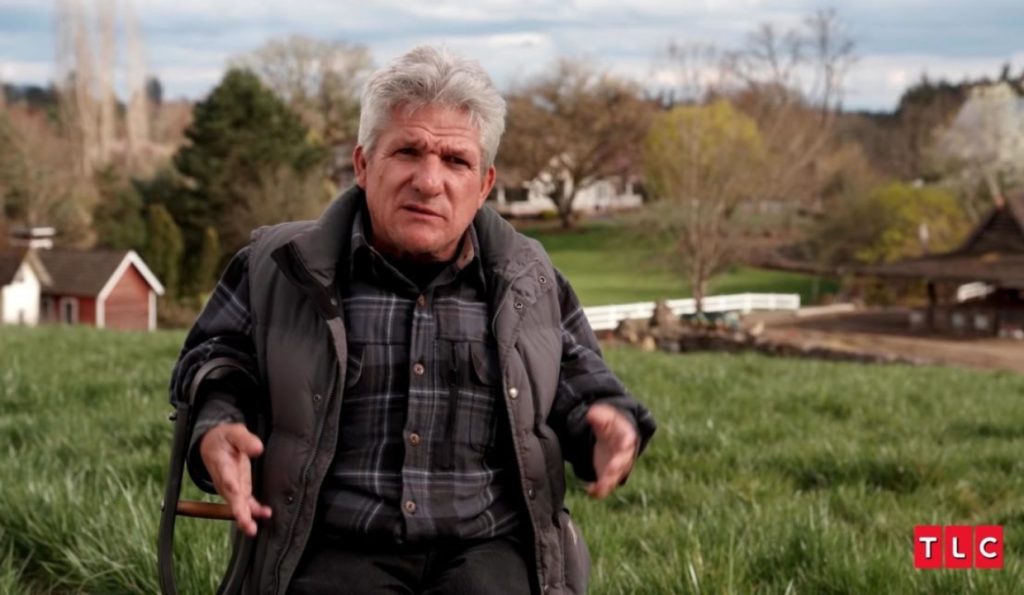 LPBW: Matt Roloff Has “Lots Of Projects” To Work On At The Roloff Farms After Storm Hits The Property!

The Roloff farms have been in the limelight since the property feud between Zach and the family patriarch, Matt. Matt Roloff refused to sell the property to his sons Zach and Jacob because they failed to afford it. The LPBW family, in general, is divided and scattered. Matt’s decision to sell the Roloff farms to outsiders added spice to the drama. After the feud, Zach and Tori moved to Washington and have reduced contact with Matt. However, Jacob and his family still reside on the farm, saving it during harsh winter storms. Keep reading to know what the Little People Big World patriarch shared about his minor escape from his house.

Matt Roloff shared an update on his vacation in Arizona on his Instagram. People following the LPBW star would know he has been vacationing with his girlfriend, Caryn Chandler. The reality-tv star has been out with Caryn since Thanksgiving. He is staying with his mother currently and celebrating the time. The Little People Big World patrairch shared a thread of posts. The initial picture had a ‘Roloff Farm’ street side sign board. Additionally, the second one had a sunset captured photo from Arizona.

Finally, the last thread had a shirtless picture of Matt alongside a pool. He captioned the photo narrating his current holiday experience. The TLC star wrote that he and Caryn are enjoying one of their longest winter stays. He added that he has already experienced two swims in 2023 and gets to see his mother daily. Matt also gets coffee often, although he misses his grandkids’ birthdays. He also wished his grandkid Bode a happy birthday. And Matt felt like he and his ‘hun’ were right there since Bode’s dad Jeremy facetimed in the morning.

The LPBW star also commented that many projects are waiting for him at the farm, so he will have to return to North Oregon soon. The Roloff farm suffered major damage after an enormous tree fell a few feet away from their house due to a storm. The tree broke from its roots due to a nasty and violent weather winter storm. The breakage left a huge hole in the ground and barely spared the house from damage. Jacob Roloff, Matt’s son, recorded and updated the storm’s aftermath, where tress branches obstructed the lawn.

LPBW: Matt Roloff Appreciates Son Jacob For Taking Care Of The Farm In His Absence!

Matt Roloff shared a post on Instagram, which he deleted later. The appreciation post was dedicated to Jacob for taking care of the farm since his absence. He captioned the post conveying his feelings for taking care of things off-campus while ice and wind storms hit the farmhouse. Further, the Little People Big World family patriarch thanked Jacob for jumping in and cleaning. He also thanked Jacob’s wife, Isabel Rock. However, the LPBW star apologized for uploading the wrong post and being weak at his Instagram game.

It wasn’t just Oregon farm that got affected by the violent weather; even Audrey and Jeremy Roloff faced power issues. The couple’s house had no electricity for a day, although they headed to a resort nearby for New Year’s. What are your views on the ongoing feud, which does not seem to stop? For more exciting news updates, stay tuned to TV Season & Spoilers.