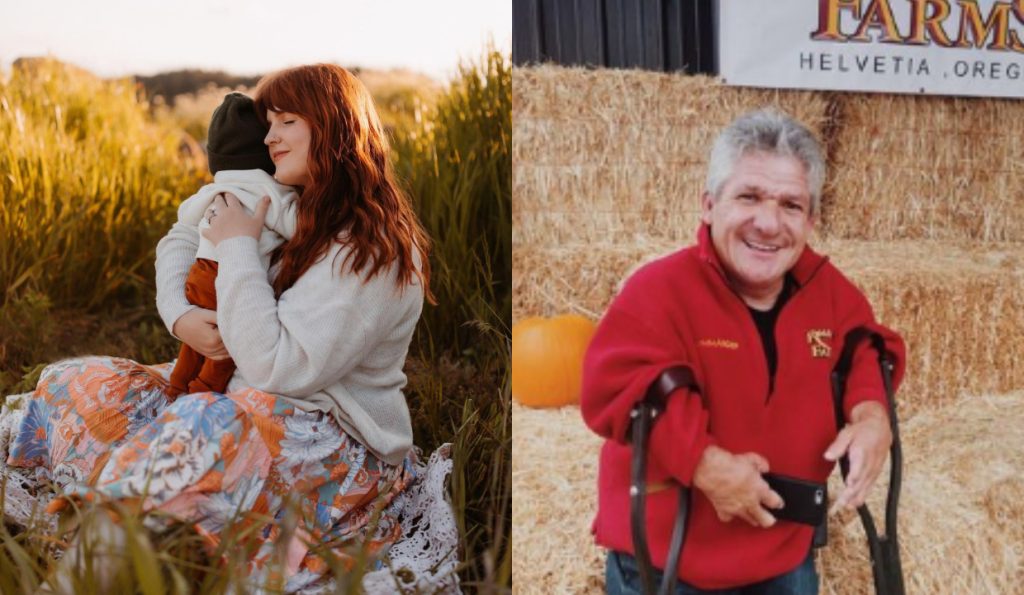 Jacob and Isabel have always been the Little People Big World celebrities who keep things on the down low. This is mostly because they are parents now to a healthy baby boy, Mateo. Before he came into the world, the LPBW star was certain he wouldn’t be sharing the picture of his son’s face on social media. His wife, Isabel, agreed to this too. Jacob’s father, Matt Roloff, once shared that he was willing to introduce Mateo to the fans properly, but he trusts his parents are doing the right thing. However, a video on his social media has made viewers wonder if the grandpa accidentally shared some footage of his son! Keep reading to know more details about this.

Matt Roloff has been really busy these days. That’s because the pumpkin season is just around the corner. The LPBW star is prepping up for the same. As the fall season just began, he has been sharing many videos of the work on his 100-acre family farm. In one of the videos, LPBW viewers were able to spot a little boy with Matt. Soon speculation began that it must be Jacob’s son Mateo. That’s because he has a strained relationship with Zach and Jeremy over the property feud. Isabel and Jacob also live close by to the LPBW star. Hence, fans began to wonder if the grandpa leaked the footage of Mateo. His parents have been particular about not sharing pictures of him on social media. They do so to protect his privacy.

However, some LPBW fans paused the video to see the footage correctly. That’s when they realized that it was an old clip. The baby in question is none other than Jackson. Matt had shared a video comprising of old clips from when Jackson was little. Back then he would hang out with his grandfather a lot on their farm. That’s when LPBW viewers realized that it was not Mateo in the video but Jackson instead. Therefore, Matt didn’t jeopardize the baby’s privacy. Moreover, his parents, Jacob and Isabel are also helping the famous grandpa out

during the pumpkin season.

As mentioned before, Matt and the rest of the LPBW fanbase are looking forward to the pumpkin season. Earlier they were under the impression that there will be no more celebrations on the farm. That’s because the LPBW star made an announcement about selling a part of h is farm. But he revealed that he is continuing the tradition and hosting the annual festival this year too. As a result, he took to social media to unveil a new ride that will be available

this time around. It is going to be called the ‘pumpkin express’. Viewers will get to take a tour of the family farm by riding on it.

With this, the Roloff Farms social media page also mentioned that the traditional train is also available on the property. Hence, fans now have the chance to ride both of these things. This year, Matt has priced the tickets for his farm at $27. While many argued that it was “unnecessarily expensive”, others supported this by saying a price hike is fine because of the economy since the COVID-19 pandemic. A lot of LPBW fans are looking forward to becoming part of Matt Roloff’s world by celebrating pumpkin season on his farm. Keep track of all the latest LPBW updates only by staying tuned to TV Season & Spoilers.