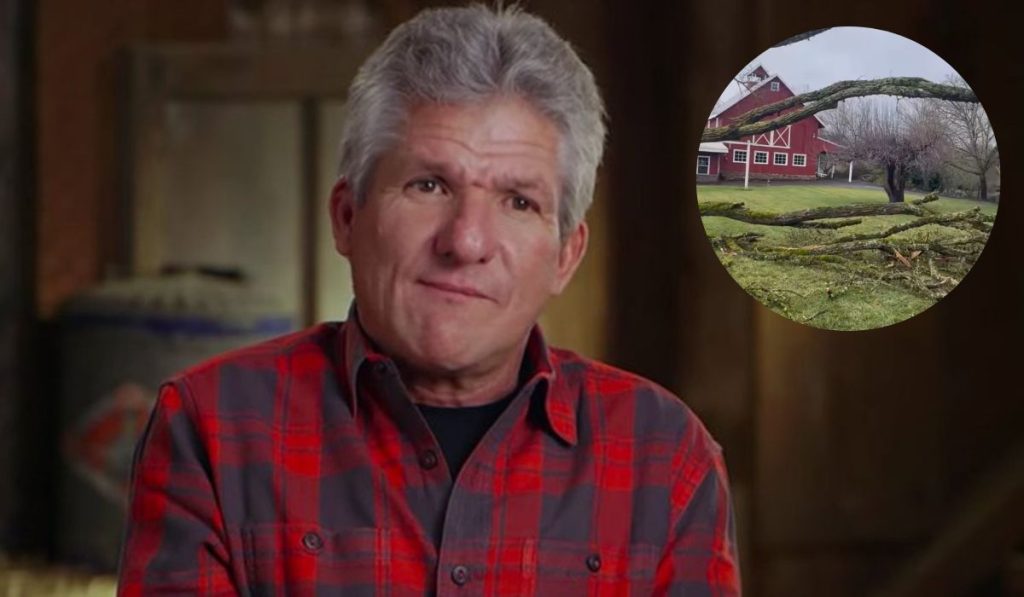 Matt Roloff has been a TV celebrity for 17 years now. He came into the limelight through his show, Little People Big World, along with his family. In it, the viewers got to see the Roloff living their life on the farm in their big house. However, a lot has happened over the years. All four kids, Jeremy, Zach, Jacob, and Molly have grown up and moved out. But Matt continues to cherish the farm and maintains it thoroughly. However, the LPBW star had to undergo some trouble on his 100-acre land and he even made a post about it. So, what went wrong? Keep reading to know more details about this.

LPBW: Matt Roloff Comes Clean About An Unfortunate Incident On The Farm!

Matt Roloff has been in the limelight since his falling out with Zach Roloff became public. Both the father-son couldn’t come to terms with the family farm negotiation. So, the patriarch continues to be the sole owner of the farm after his ex, Amy Roloff sold him her side of the land. She initially thought her ex-husband would further sell the land to his kids, Zach and Jeremy. But that didn’t happen and he turned it into a vacation rental. On top of this, Matt has been working really hard on the farm. So, he came clean about a risky setback that happened in his land. He took to his Instagram to share that the harsh winter season created havoc on Roloff Farms. Apparently, some main lines for irrigation froze and broke.

So, Matt and his youngest son, Jacob, repaired it. The castmate missed out before as they have “miles of underground waterlines”. However, both of them were able to work it out and the issue is behind them. After finding out that there has been trouble on the farm, the LPBW fans couldn’t help but recall the time one of Matt’s barns burned the last year

. It was a scary incident and he had to call the fire department to take care of the situation. The barn was almost 110 years old but only the exterior walls caught fire and nothing happened to the farm animals. But this time around, it was only the pipes that broke and no one was hurt. So, the fanbase took a sigh of ease after going through Matt’s post and wished him luck.

Matt Roloff is always making posts about his family farm. After all, the celebrity is very proud of his land and never fails to show it off. Before becoming a reality TV star, the head of the family was a farmer through and through. So, he would host pumpkin patch events on his farm. As Little People Big World

gained more popularity, more and more people started visiting the farm to take a look at it and also meet the cast members. However, the LPBW fanbase was curious if Matt will host more pumpkin patch events or not. They started wondering about this ever since he revealed his idea of selling the farm and later turning it into a short-term rental.

Amy Roloff also mentioned in one of her lives that Matt’s 2022 Pumpkin Patch celebration was probably the last how. However, the man of the hour himself shed some light on this detail. Matt Roloff finally confirmed through his social media that he will most definitely host the annual event this year as well. However, he didn’t give out many details as the castmate wanted to keep the fans on their toes and excited about the event. Last year, the audience also got to see the filming of Little People Big World while they were visiting the farmland. However, there is no confirmation about the renewal of a new season so far. Keep an eye on more LPBW updates by staying tuned to TV Season & Spoilers.