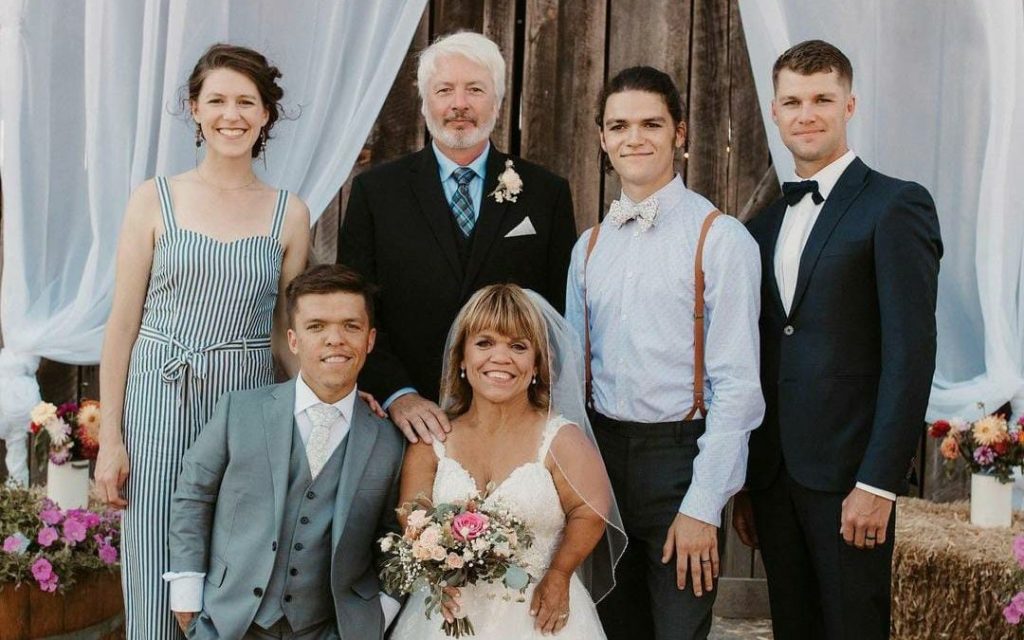 LPBW: Molly & Jacob Return To The Show For Special Episode, Will They Also Be On Season 23?

Years after they left the show, the Roloff kids have finally made an appearance on Little People Big World again. Matt and Amy started appearing on TLC alongside four of their kids, namely, Molly, Jeremy, Jacob, and Zach. However, everyone except Zach eventually left the show. Fans had already formed a connection with everyone, which is why they wanted to watch the family together, on screens again. Fortunately, Amy Roloff’s wedding reunited her kids, and LPBW viewers could finally see them on the show. Will they also be on Season 23? Here’s all you need to know.

Due to different reasons, all Roloff kids except Zach left the show. Initially, Molly stopped appearing in the series without giving any explanation for the same. But, fans assumed that it could be because of her reserved personality. She has been keeping her life entirely private since she left and didn’t even have a public social media account. Later on, Jacob also went off the show while shedding light on the toxic nature of the television industry. He later alleged that a TLC producer had sexually molested him. After the incident, Jacob has been vocal about how reality TV is actually fake alongside ruthless details about the filming of Little People Big World.

On the other hand, Jeremy revealed that he and his wife wanted to focus on their own life with their daughter. They also wanted to build a career aside from being TV celebs. As of now, they are pretty successful digital influencers. LPBW fans have always been excited to watch the three siblings back on screens again, especially fan-favorites Jacob and Molly. Well, the latest special episode for Amy Roloff and Chris Marek’s wedding made that possible. Even though they barely had any screentime, Molly, Jacob, Jeremy, and their respective spouses appeared on the show in several glimpses. For people who had been watching the show since the beginning, the new episode turned out to be a special reunion.

LPBW: Will The Roloff Siblings Be On Season 23 Of The Show?

Now that the special episode has aired, fans have started to wonder when a new season will release. Well, LPBW seasons usually take a year to return. Hence, Season 23 might not hit the screens until next year. Besides, Amy Roloff previously hinted that the upcoming episodes will likely release by early 2022. Meanwhile, Tori has confirmed that she and her family have begun filming already. Now, the question that lies is who else will be on the new season. As of now, series regulars Matt, Caryn, Amy, Chris, Zach, Tori, and their kids are set to be back.

However, fans are excited to know if they’ll get to see the rest of the Roloff siblings on the show or not. Molly, Jacob, and Jeremy only appeared on the special episode in the background of the scenes. Their respective spouses, Joel Silvius, Isabel Rock, and Audrey Roloff, were also seen in the background. Well, rumors say that the family might go back to not appearing on the show again. Since they had to attend Amy’s wedding, it was hard for TLC to hide them in the episodes. We’ll have to wait to see if the rest of the family actually starts filming for Season 23. Do you want to see Molly, Jeremy & Jacob in the upcoming season? Tell us in the comments below.