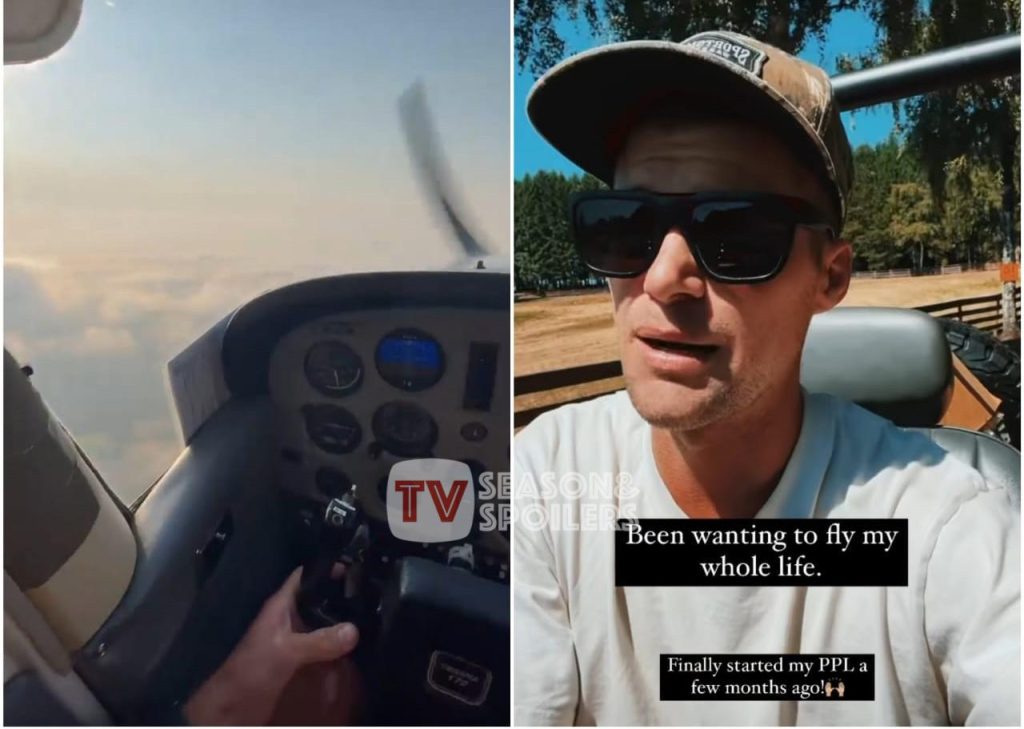 Jeremy Roloff has turned his life around ever since he stopped appearing on Little People Big World. In fact, he constantly shares multiple adventures on his social media handle. One of them remains to opt for an official pilot license to achieve his dream of flying as per his own needs. Moreover, the LPBW celebrity already owns a student’s license for the same. Apparently, he has been using a $30K aircraft for training lately. Keep reading to know more details on this.

Jeremy Roloff made a name for himself by appearing on the hit reality show LPBW. However, his journey came to an end on the show after nine seasons. Since then, the TLC alum has turned heads due to his major highlights about his life on social media. Not only is he a bestselling author now but also a pilot in training. For the unversed, the former cast member got his student license in July 2021. Hence, now he is working on getting a private flying license.

It turns out Jeremy has been using a $30K aircraft for training himself. As per TheSun, the vehicle goes by the name of Cessna 150J with single-engine and fixed-wing. Furthermore, Cono Aviation situated in Hillsborough, Washington, owns it. Additionally, the flying transport contains two seats and can be used personally, for training and touring. The LPBW star often shares his flying moments on his social media. TV Season & Spoilers points out that viewers have often taken notice of the aircraft on his Instagram stories.

LPBW: Jeremy When Is Jeremy Roloff Getting His Private Flying Liscense? Changing Profession?

After realizing Jeremy Roloff wishes to pursue his dream of flying, all his LPBW wellwishers got excited for him. Thus, they asked him tons of questions regarding it. In fact, the ex-TV star answered them all during an Ask Session on Instagram. As a result, he ended up responding when a fan wanted to know when he’d obtain his license. According to the Roloff sibling, he is “halfway” and not there yet. Moreover, his wife, Audrey Roloff, gave birth to Radley Knight Roloff, their third child. Therefore, becoming a parent again led to a delay in his training sessions.

As of now, since Jeremy has a student license, he is allowed to fly with a supervisor by his side. Moreover, the former child puts his flying skills to use by looking for a new property. Then he also purchased a new cabin by flying to the location to check it out. Through his social media, the star talked about moving into farmland with his wife to raise his kids. Although they haven’t finalized a property so far, the hunt is still on. Keep up with TV Season & Spoilers for more LPBW based news.