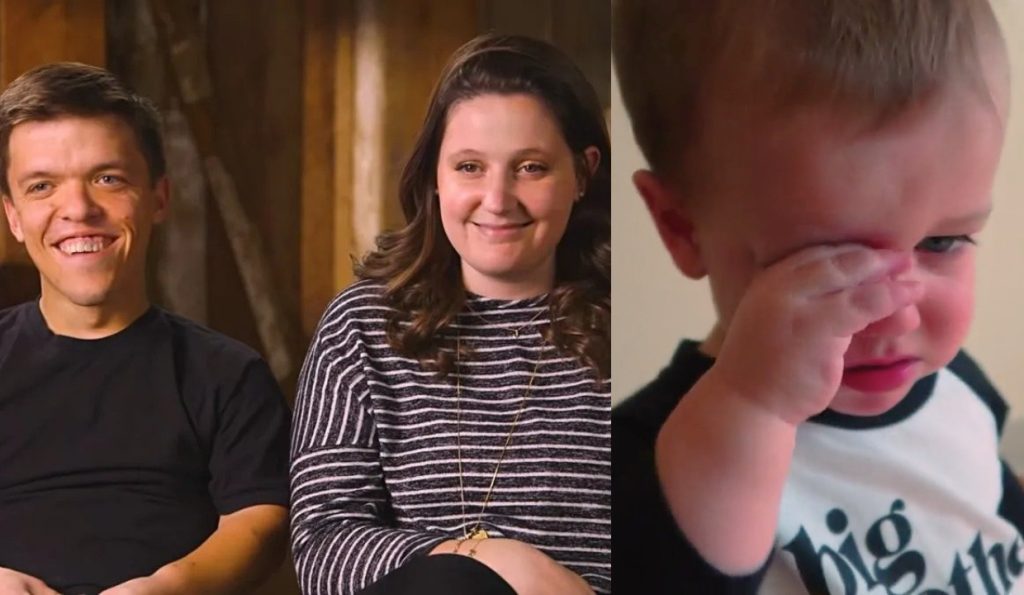 Initially, Zach and Tori were the fan favorites on Little People Big World. However, viewers are getting to see their cold and bitter side in the new season. It all happened since they don’t see eye to eye with Matt Roloff anymore after their farm offer didn’t pass. Since then, the couple has been a bit distanced from the rest of the family. Now, some LPBW viewers have gone as far as saying Zach and Tori are exploiting their son while he went through leg surgery. Moreover, they are angry at them for making fun of him! Keep scrolling to know what went down.

LPBW: Fans Upset With Zach & Tori For Making Fun Of Thier Son On Pain Meds!

At first, LPBW viewers were all praises for couple Zach and Tori Roloff. It turns out that they loved them as a couple and their beautiful family. However, the latest Little People Big World episode was quite intense. That’s because the pair’s son Jackson Roloff had to undergo surgery for the bowing in his legs. Therefore, in a segment of the show, he is put on pain medication. Hence, a post on Reddit stated they made fun of their baby boy when he was in such a condition. As a result, they found this very inappropriate and vile.

Moreover, some people from the LPBW fanbase even called out Zach and Tori for letting the crew film their son’s surgery. Hence, there were accusations against them for making money off of their boy and revealing sensitive details from his life. In fact, they state that the surgery should have been under wraps as a lot of audience members felt a great sense of uncomfortableness at that segment. At last, more and more people seem to agree with this perspective on social media. However, the couple has not yet shed light on these allegations.

This isn’t the first time on Little People Big World that Zach and Tori have recieved backlash from their fans. It turns out that the latest LPBW episode made another shocking revelation. Back then, Matt Roloff went to see the couple’s house for the first time, and something alarming happened. Apart from this, mother Tori and her little girl Lilah were hanging out at the kitchen counter. However, she left her baby by herself for a while as she sat to talk to her father-in-law. In fact, the conversation went on for a while.

Therefore, LPBW fans took to Reddit yet again to reveal that they got very anxious. That’s because they were in a worrisome state for Lilah. In fact, a lot of viewers took to the thread to reveal that it is quite common for toddlers to fall off through such places. Therefore, the parents should have been careful with their child. Despite all the backlash on the internet, the duo has not reacted to this outrage again. Keep checking TV Season & Spoilers for all the latest news about LPBW.