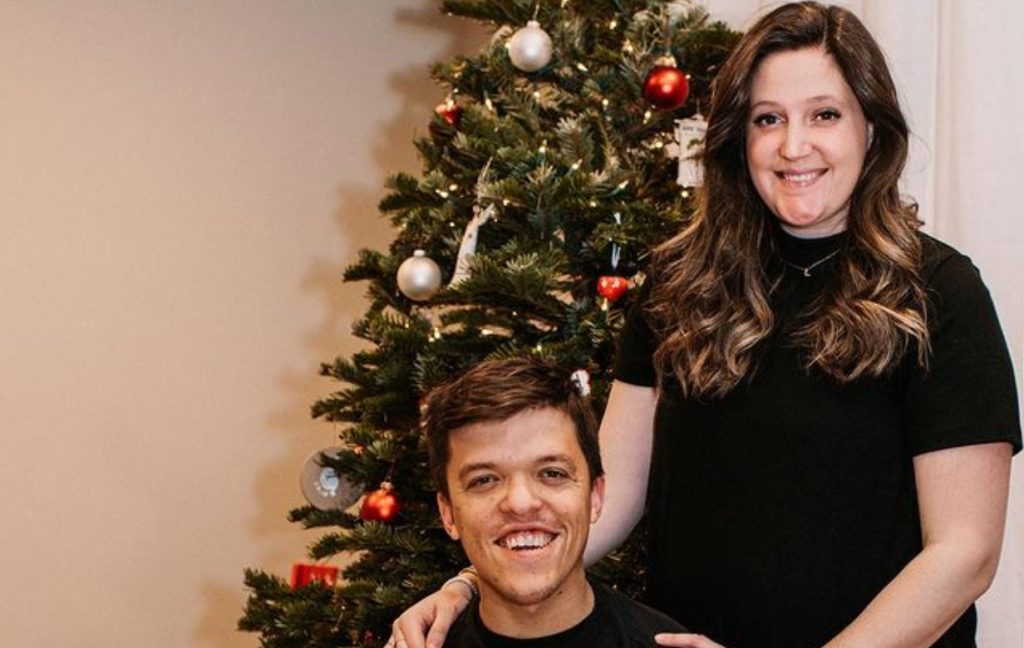 Zach and Tori Roloff from Little People Big World have been together for more than a decade. Apart from their presence on TV, they also have a huge social media following, with more than a million followers on each of their handles. Hence, they frequently post on Instagram to let fans in the loop about their everyday happenings. Lately, Tori’s uploads have been quite interesting and wholesome. That’s because the LPBW stars have been gearing up to celebrate Christmas at full throttle. In fact, they gave glimpses of their preparations and special family traditions through their social media platforms. Keep reading more to know all about this!

LPBW: Tori & Zach Ready As Ever For Christmas! Adorable Photoshoot With The Kids Revealed

Zach and Tori are one of the most popular couples to come out of TLC. They have been starring on Little People Big World for more than ten years. Hence, fans love to keep up with their lives even when they aren’t starring in their show. They do it by following up with their social media updates. Lately, everyone has been feeling the Christmas spirit as December rolled around. It turns out that Tori and Zach are no strangers to this. The former took to her social media to reveal an adorable photoshoot. It featured none other than her sweet kid, Josiah, Lilah, and Jackson. This year around, the LPBW couple will be celebrating Christmas for the first time with baby Josiah. Hence, everyone remains excited to see how that goes.

Tori dressed her little angels up in Christmas-themed clothes. All of them were extremely cozy and snuggled up as they radiated the holiday spirit. Baby Josiah was also the center of attention in one of the photos. He flashed his big blue eyes and smiled wide for the click. Avid LPBW viewers must know that Tori Roloff is also a photographer. Hence, the star is obsessed with capturing special moments with her family members. Fans took to the comments section to reveal how much they adored the Roloff babies and complimented them on their looks. Apart from this, Tori also revealed her family’s favorite Christmas tradition through her Instagram stories. The TLC star mentioned that her family wears matching pajamas and hit the road to look at Christmas lights together. Everyone was extremely happy seeing all of them spread the holiday cheer through their social media posts.

While Zach and Tori appear very excited on their Instagram to be celebrating Christmas soon, things were different last year. That’s because the latter was pregnant at the time. Moreover, the LPBW couple’s eldest boy, Jackson, had undergone surgery for his bowing legs. Hence, the family decided it would be best to stay lowkey during the holidays. They had also moved into their ‘slice of life’ Washington mansion by October 2021. So, they had no plans to go out much but enjoy the festivities in their new house instead. In one of last season’s episodes, Amy Roloff joined the family members and wanted to know their plans for Christmas.

Tori Roloff mentioned that she would be busy taking herself to the doctor due to her pregnancy. In fact, Jackson also had hospital visits planned to see the progress in his legs after the surgery. At first, Amy Roloff was under the view that the family had plans to celebrate, and they didn’t want to invite her. So she sarcastically stated, “don’t invite grandma”. That’s when Tori clarified that they wouldn’t be doing anything special during Christmas that year. However, things seem to be going well for the family this time around, and fans are eagerly waiting to see what is in store for Roloffs for Christmas 2023. Keep coming back to TV Season & Spoilers for all exciting updates on LPBW.