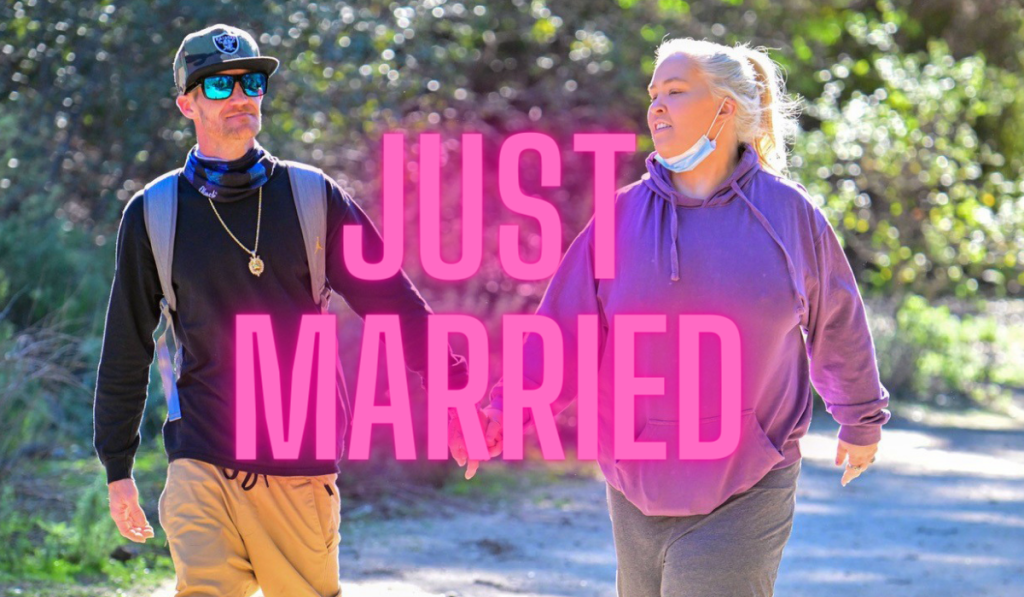 The Road to Redemption to Mama June has finally taken a turn and moved to the alter. The reality star and the mother of four shocked the internet with a spicy revelation. June Shannon has reportedly married her less than a year boyfriend, Justin Stroud. Well, there’s a lot more to know. So, tune in right away.

Shannon has dated three men all her life, and she is made for someone else. Her previous relationships were not that much of a story. Though, June’s first husband cheated on her. And the second partner had his hits with the celeb. Moreover, Geno Doak turned out to be the most dangerous person for the reality star. June had tried to break off the relationship but couldn’t. It was because Geno kept tabs on Mama’s whereabouts.

Hence, she was fed up and decided to leave Doak when he passed out drunk. Similarly, she had to hide for three weeks from Doak. Meanwhile, the mental torture had been pilling up on Shannon. After a while, June started dating Justin Stroud

, and fans were shocked to find Shannon dating such a young man. However, Mama June took the risk and gave love a second chance. And now, reports suggest that June has reportedly tied the knots with Justin in a secret ceremony in Georgia. Similarly, the couple was seen in Alabama shopping for an engagement ring.

The couple met via Tik-Tok and had been dating for five months until they decided to tie the knots. However, the news still needs to confirm by June’s team. And apparently, there are no official pictures of the wedding. Meanwhile, Justin gets along with June’s daughters and seems to have a great relationship with them. Yet, some somethings are making the fans believe that Shannon made a hasty choice. Tune in to know why.

Mama June: Has June Made A Hasty Decision?

Shannon has spoken about Justin in a very romantic way. The reality star became friends via Tik-Tok, and earlier, Stroud had no clue who June was. Meanwhile, many people suggested to Shannon that she wasn’t Justin’s type or he wasn’t single. However, it all came to be false, and the couple started dating. Meanwhile, the Mama June followers were furious to find out about Stroud’s arrest in January.

The cops arrested 32-year-old Justin for the charges of burglary and the violation of past drug probation. Though the police released Stroud after a month, many fans believe June has made a hasty decision. Similarly, five months is not enough to judge a person for a lifetime. What are your views on June’s marriage? Tell us in the comments below. And stay tuned to TV Season & Spoilers.