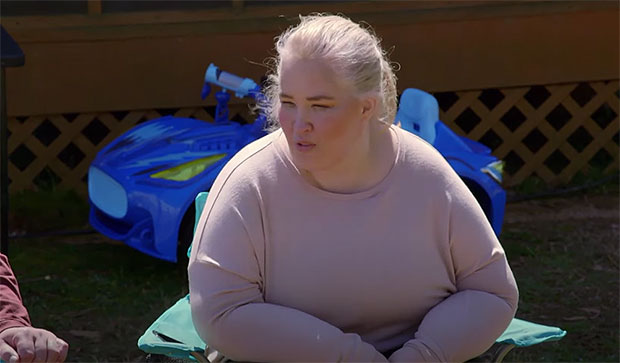 Mama June Trolled For Dating A 24-Year-Old Boy Toy, Claps Back At Critics

Now that Geno is out of the picture, Mama June seems to have moved on to someone else. The grandma of four is speculated to be dating a TikTok star named Jordan McCollum. Even though it doesn’t seem like that big of a deal, some fans are unable to digest the fact that he’s just 24 years old.

Critics took to social media to call out Mama June for dating a boy toy. However, from her response, it’s pretty clear that she is in no mood to take any kind of trolling especially when it comes to her love life. Let’s take a look at how she clapped back at haters.

After her breakup with old boyfriend Geno, Mama June seems to have grown close to Jordan, the famous TikTok influencer. One fan took to social media to post a graphic that explained that she doesn’t have any respect for Mama June as a mother. The critic condoned her public humiliation towards her daughter Honey Boo Boo. According to the critic, she is a selfish person and can’t function properly without a man in her life.

While fans kept on piling up with their opinions, she snapped and fired back at the troll. In a tone that seemed overly passive-aggressive, she said, “Lol I do very good with MYSELF thanks for concern though.” she has remained quiet about her alleged relationship with this new guy and this is the first time we got a reaction from the TV personality’s end.

According to some sources, Mama June allegedly rented a home in Alabama for the TikTok star. Moreover, speculations also indicate that she got two nice cars for the single dad she finds so inspirational. According to The Sun, she wanted to make the relationship public. However, Jordan was the one who wanted to keep it low-key. Fans seem to base their speculation on the fact that Jordan has been bragging about his new presents all over TikTok. He even said that someone very special to him got him a car.

In the comments section, Mama June showered him with a group of red heart emojis saying that he deserved it and calling the car sexy. Moreover, the cops came to the TikTok star’s house on July 26 regarding a welfare check. The concerned officer reveals that Mama June answered the door. The description he gave fit that of the reality TV star.

Jordan has also revealed his struggles with drug addiction on TikTok. Is that how the alleged new pair bonded? What do you think is the reason behind Mama June’s aggressive answer? Does that indicate something? Let us know what you think in the comments below.