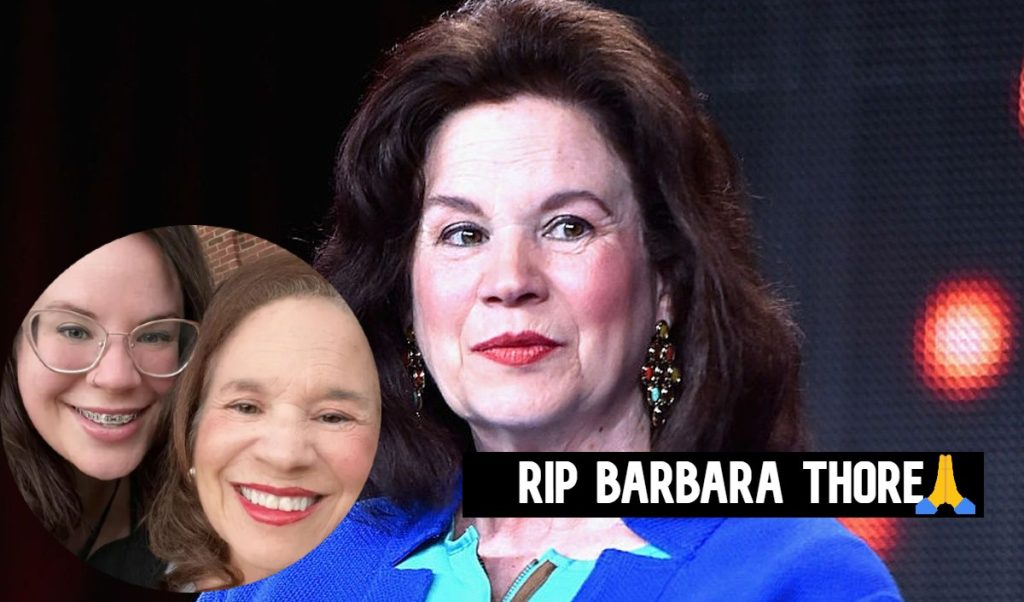 The MBFFL new season started on a great note. However, fans were really worried about Whitney Way Thore’s mother’s ailing health. She was apparently suffering from her second stroke, which shattered her daughter. However, Babs couldn’t survive, and her sad demise was announced recently. The world lost one of its most charismatic stars on December 7, and it will take a while to deal with the huge loss. As per the reports, the celeb died because of cerebral amyloid angiopathy. Now, what actually is cerebral amyloid angiopathy? And what are its symptoms and kinds? We have all the information you might wish to know, so keep on reading.

The My Big Fat Fabulous Life star Barbara Thore passed away on December 7, leaving the world mourning in grief. Apparently, the star took her last breath at the age of 76 following the show’s conclusion of the 10th season. As per the reports, the matriarch was diagonised with Cerebral Amyloid Angiopathy long ago. Not only this later, but she also suffered from several strokes as well. Apparently, her medical condition was a part of the show. But what exactly is Cerebral Amyloid Angiopathy, and what happens to the patients that have it?

Apparently, Cerebral Amyloid Angiopathy is also known as CAA. It is a kind of medical condition in which amyloid ( basically a protein that is deposited usually on the liver, kidneys, or other tissues in certain diseases) starts to actually grow on the walls of the arteries of the brain. This can straight away lead to dementia and bleeding in the brain as well. This disease is really common amongst people above 55 and passes on in the family as well. Usually, the symptoms start when internal bleeding starts in the brain. Apparently, it leads to memory problems as it affects the issues of the brain. However, one needs to get a CT scan first to diagnose this bleeding. Not only this, but the most comm on symptoms among them are drowsiness, headaches, vomiting, etc.

Sadly, the late star’s first stroke happened in 2017. That time itself doctor made it clear that upcoming strokes in the future are inevitable. Hence, Babs got her second stroke on December 28, 2021, and her last one was on November 13, 2022. After her third one, Whitney’s mother couldn’t recover back to health and lost her life.

The My Big Fat Fabulous Life star Barbara Thore was born on June 22, 1946. The matriarch tied her nuptial knot to Glenn. The couple had two children named Whitney and Hunter. Apparently, the sorrowful news was announced by the MBFFL star’s daughter. While remembering her mother, Whitney mentioned her southern charm, her sense of humor, her witty remarks, etc. The best quality of hers was that she used to make everyone comfortable. A sense of care and humbleness was something because of which the world will always remember her.

Not only this, but the official Instagram page of TLC also posted a video in memory of the matriarch. They captioned it, saying that it was devastating for the entire TLC family as Barbara Thore was a beloved member who had a generous spirit. The channel extended its heartfelt condolence to the sorrowful family and claimed that no one can ever forget her. Fans couldn’t control their grief and took to the comment section. A fan commented, saying that she was a wonderful soul and may God let her soul rest in peace. Another one added, saying Babs was their favorite character and no one could ever take her place. For more updates, keep coming back to TV Season & Spoilers.