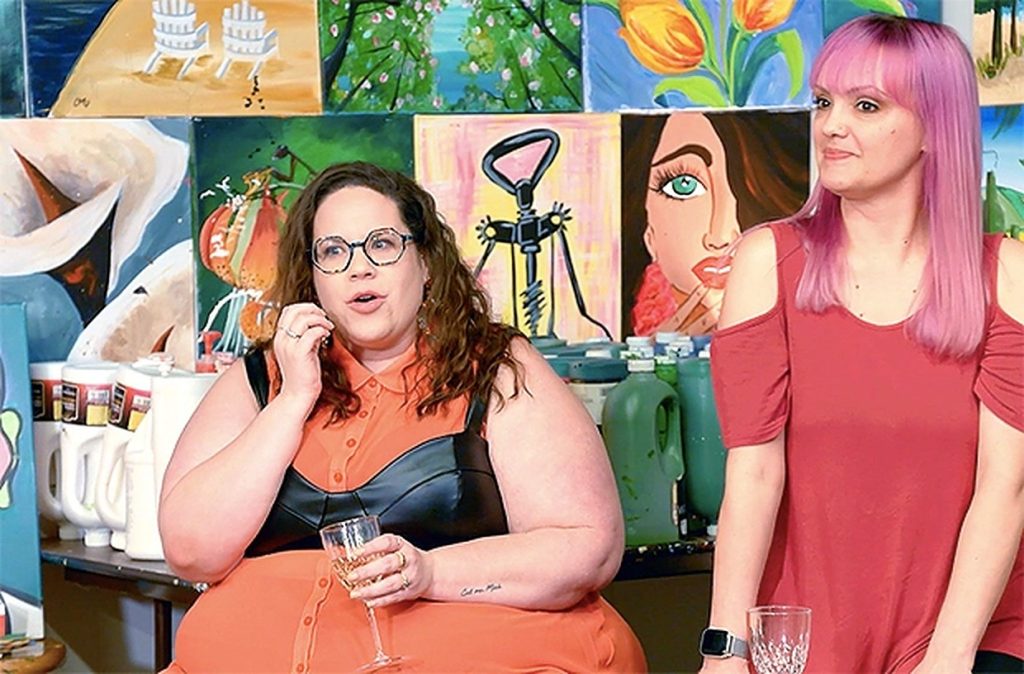 MBFFL: Whitney Way Thore Is Finding A New Girlfriend For Her Ex-Boyfriend

The MBFFL star Whitney Way Thore continues to enjoy her fabulous life. Fans have witnessed the reality television star going through several ups and down this year. Towards the start of the newest season of My Big Fat Fabulous Life, Whitney’s mother suffered a second heart stroke and was admitted to a hospital. Fortunately, she was fine and was sent to rehab. Meanwhile, Whitney continues to explore her love life with her mystery French boyfriend. She was interested in extending her family and was planning to have a baby via surrogacy. Besides this, we have also seen the leading lady trying to find love for her friend. In the show’s latest episode, Whitney was seen trying to set her ex-boyfriend with her friend. Keep reading to know the details.

The MBFFL star Whitney Way Thore was shocked after her ex-boyfriend Lennie appeared on the show with his new girlfriend. Well, for the unversed, Lennie started to appear on the show after signing a business deal with Whitney. He has joined the show to help her out in video making. Surprisingly, Whitney’s ex had moved on in his life and was in a relationship when he appeared on the show. In one of the show episodes, viewers saw him dancing with his new beau, making Whitney jealous of them. Now, in the show’s latest episode, the audience was shocked to see her setting up Lennie with her friend Heather.

People have seen her find a perfect guy for her friend a few days back. Whitney arranged a meeting and asked a few random questions to four strangers. However, Heather did not find anyone suitable for her. Apparently, in the recent episode, she tried to pair her with her ex Lennie. As per Sportskeeda

, Way asked her ex-boyfriend if he could go on a date with Heather. Although he rejected it, Whitney said she would love to see him dating her friend. Fans were also unhappy with her behavior and slammed her. She received brutal comments from the viewers.

The reality television star Whitney Way Thore was dancing during the show’s last episode. In the preview of the latest episode, fans have seen her attending pole dance classes. Her dear friend Jessica joined these sessions. In the clip, Thore said she had never tried pole dance. Well, she was afraid to do that. The instructor guided them on how to dance. Whitney was joking around and said that Jessica had not had her deo, so if anything happened, it would be her.

They practiced before settling down to talk about their experience to the camera, where the star said, “we could join OnlyFans.” Jessica burst out laughing, and slowly, the camera shut down. Well, Thore is not joining the adult site in real. It looked like she was joking about it. For more updates on My Big Fat Fabulous Life, stay tuned to the TV Season & Spoilers.