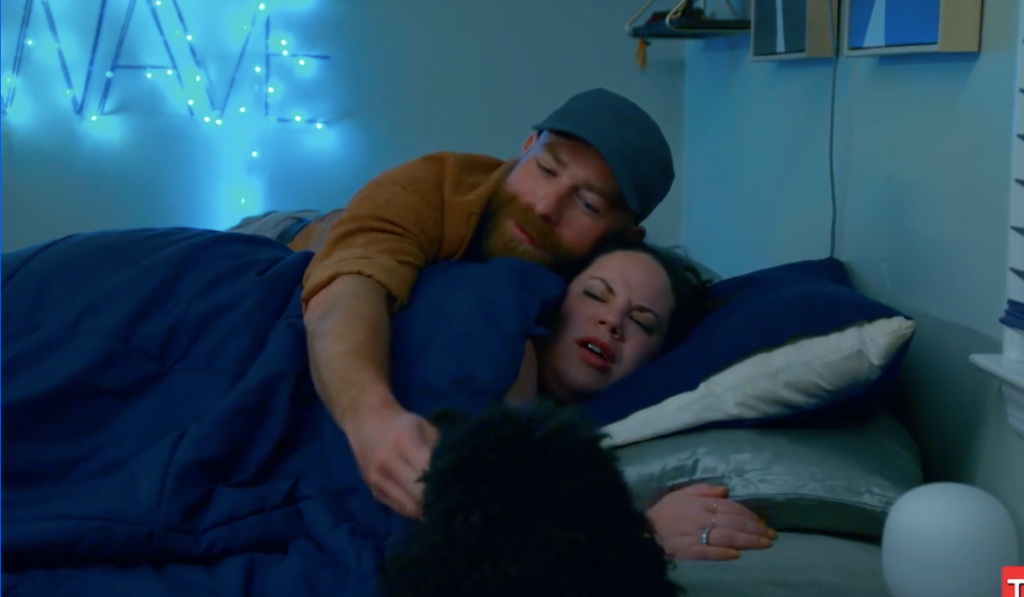 MBFFL: Whitney’s Ex Lennie Gets INTO HER BED & Scratches Her Back

Whitney Way Thore has made it clear that she doesn’t have feelings for Lennie. However, during the recent episode, fans saw how she got jealous of another woman in her ex’s life. Meanwhile, when the MBFFL fans started to speculate that something was going on between her and Lennie, the celeb declined it. Besides, the My Big Fat Fabulous Life celeb noted that she is not a single woman and even mentioned that she has a “French Man.” The reality celeb also said that her boyfriend doesn’t have any issue with her ex working with her. However, the viewers believe there’s more to the story as they find Lennie in Whitney’s bed scratching her back.

Most people think that it’s not normal to be friends with an ex. However, things do work out for some people. Looking at it that way, the MBFFL celeb is friends with his ex, Lennie. Moreover, she is in a relationship and is trying to maintain a professional connection with Lennie. Meanwhile, there have been incidents where Whitney’s fans and brother think she still has feelings for her ex. However, during her confessional, the celeb declined it. And expressed that she loves the “French Man.” Ironically, TLC shared a promo clip where Lennie and Whitney were in bed.

Besides, Lennie was trying to wake her up gently. In addition, the ex also leans on her back while trying to wake Whitney. The fans are finding it inappropriate on Thore’s part. That’s because she has a boyfriend. And looking at Whitney and Lennie’s closeness, it seems the two could be together in the future. Similarly, one fan commented that they hope Thore and Lennie get back together. As the promo clip moves forward, the MBFFL celeb asks her ex to scratch her back. And what shocked the fans was that Whitney was naked. Therefore, people took to the comment section to speculate that the two might consider being together again.

MBFFL: Is The “French Man” Real?

Some My Big Fat Fabulous Life viewers are eager to see more of Thore and Lennie’s interaction. A fan commented that out of all the boys, they find Lennie the best for Whitney. So, the reality celeb discussed it, and the ex said he doesn’t find it weird. Whitney says she needs to discuss her working relationship with Lennie and said she wasn’t single. Moreover, the ex said that Thore doesn’t need to worry about it. That’s because he is only communicating related to work and nothing else.

The recent clip makes the fans unsure if the “French Man” is even real. That’s because he doesn’t come in front of the camera and hasn’t expressed on calls if he genuinely loves Whitney. Besides, it sure seems like Thore is way too comfortable with her ex-boyfriend. Do you think the two might get back together? Tell us in the comments below. And stay tuned to TV Season & Spoilers for the latest updates on MBFFL.